Shortly after President Donald Trump took office, Paul Beier, a professor at Northern Arizona University and a member of a little known government science panel that advised the Interior Department on climate change, got an email.

Beier was one of 25 people on the Advisory Committee on Climate Change and Natural Resource Science, a panel that advised the Department of Interior on ways to minimize the impacts of climate change at natural and culturally important sites. Like dozens of panels and boards formed to advise government agencies on science-related challenges, the committee met regularly and offered recommendations.

“They would take our ideas and run with them, so it was quite rewarding,” Beier said, remembering the work of the panel under the Obama administration. “They clearly wanted our advice.”

A report released Thursday by the Union of Concerned Scientists (UCS) found that, in the first year of the Trump administration, science advisory panels charged with advising agencies across the government have been whittled down or, like Beier’s, dissolved entirely. Those still in existence, the report found, met less often than they have since the government began tracking their meetings 20 years ago.

UCS looked at the schedules and records of 73 science advisory panels and found that membership declined 14 percent compared to 2016, while the number of meetings dropped 20 percent. In 2017, nearly two-thirds of the panels that UCS studied met less often than their charters require.

“Throughout the system, they’re sidelining scientists. It’s not just at the higher levels,” said Andrew Rosenberg, director of UCS’s Center for Science and Democracy, who has also served on several advisory panels. “They want no dissenting voices.”

President Donald Trump has yet to appoint a presidential science advisor to lead the Office of Science and Technology Policy, or to appoint members to the Presidential Council on Advisors on Science and Technology, among other notable vacancies. But UCS wanted to look at advisory boards, which have a lower profile and don’t craft policy themselves, yet hold an important role in disseminating critical science to policy makers.

“They inform the public, too, and [their work] becomes part of the administrative record,” Rosenberg said. “So a Secretary can’t say, ‘I didn’t know about this when I made a decision.’ They can be held accountable by the public, the courts or Congress. The information is in the record.”

Bears Ears, Other Decisions Made While Advisory Boards on Hold

Already, the UCS report says, the Trump administration has made several key decisions or rules without the benefit of advisory panels, including Interior Secretary Ryan Zinke’s proposal to radically downsize two national monuments in Utah—Bears Ears and Grand Staircase-Escalante—while agency advisory committees were on hold.

The UCS report notes that, earlier in the year, Zinke froze 200 advisory panels, including nine scientific advisory panels. This week, The Washington Post reported that most of the members on one of those advisory panels—the National Park System Advisory Board—had resigned in frustration, saying Zinke had refused to schedule even a single meeting.

At least one research institution is taking matters into its own hands. Earlier this month, Columbia University’s Earth Institute announced it had hired Richard Moss, who headed NOAA’s Advisory Panel for the Sustained National Climate Assessment, which was disbanded last summer. The purpose of the committee was to help share the findings of the National Climate Assessment with businesses, policy makers and government planners so they could make more informed decisions on improving resilience or adapting to climate change risk. In his new role, Moss will reassemble the group, the institute said.

Environmental Protection Agency Administrator Scott Pruitt has hit his agency’s scientific panels especially hard, failing to renew terms according to custom, the report says. Pruitt also issued a directive in October that ordered any member of the agency’s Science Advisory Board who receives EPA funding to either give up the funding or step down. Pruitt, meanwhile, has appointed people from industries that the agency regulates.

“The Trump administration has clearly decided they have no need for the best science advice. In fact, they think they need no scientific advice. For the most part, they’re letting these committees atrophy,” said David Michaels, a professor in the department of environmental and occupational health at George Washington University. “The exception to that is when they’re appointing conflicted scientists at EPA.”

Michaels, who was an assistant secretary at the departments of both Labor and Energy during the Clinton and Obama administrations, has written extensively on science in politics.

“We know that conflict of interest shapes your view of the world,” he said. “So to have scientists who work for the industry on an advisory board means he or she will not be providing impartial scientific judgment.” 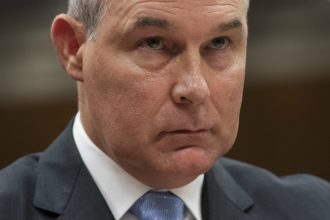 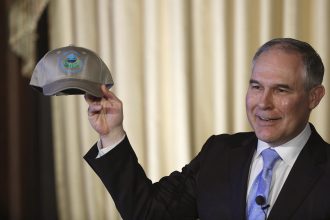 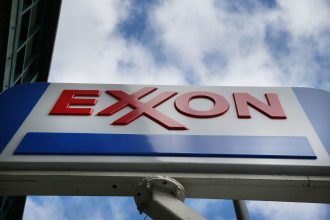