Warren Buffett’s annual letters to shareholders are an entertaining read, as if your great-uncle was an investing savant.

In this year’s edition, released on Feb. 27, Buffett has something to say about the transition to clean energy and the necessity of making vast investments in interstate power lines.

The message, about the challenges and opportunities of building a cleaner grid, has been communicated before by many others, but not in quite the same way, and not by someone in a position to do something about it on the scale that Buffett can.

But it would be incorrect to say that his company is at the forefront of addressing climate change. His holdings are so large and in so many sectors that he is simultaneously financing the transition to clean energy while continuing to have deep connections to fossil fuel industries.

Buffett’s Omaha-based company, Berkshire Hathaway, is a conglomerate that includes insurers like GEICO, the railroad operator BNSF, and stock holdings in companies like Apple and Coca-Cola. It also includes Berkshire Hathaway Energy, a collection of companies that encompasses local utilities in the Midwest and West, and gas pipeline businesses, among many other assets.

Buffett said in his letter that Berkshire Hathaway Energy is in the middle of an $18 billion project, begun in 2006 and continuing until 2030, to rework and expand the electricity grid in the West. This includes PacifiCorp’s Energy Gateway plan that is in the process of building 2,000 miles of interstate power lines throughout the West, and NV Energy’s Greenlink plan, with nearly 600 miles of lines in Nevada.

The projects are indicative of how “our country’s electric utilities need a massive makeover in which the ultimate costs will be staggering,” Buffett said.

“Historically, the coal-based generation of electricity that long prevailed was located close to huge centers of population,” he continued. “The best sites for the new world of wind and solar generation, however, are often in remote areas.”

Berkshire Hathaway Energy, or BHE, is building transmission lines to carry electricity from remote areas to population centers. But, as the company has learned, such projects are difficult.

“Billions of dollars needed to be invested before meaningful revenue would flow,” he said. “Transmission lines had to cross the borders of states and other jurisdictions, each with its own rules and constituencies. BHE would also need to deal with hundreds of landowners and execute complicated contracts with both the suppliers that generated renewable power and the far-away utilities that would distribute the electricity to their customers. Competing interests and defenders of the old order, along with unrealistic visionaries desiring an instantly-new world, had to be brought on board.”

In those few sentences, he has encapsulated why transmission line proposals can get bogged down in years of delays and debate.

He also managed to throw in a dig at “unrealistic visionaries,” which seems to refer to some of the most assertive environmental advocates. Suffice it to say that many people working in the renewable energy technologies BHE’s power lines will serve would see his comparison of the “old order” of fossil fuels and “unrealistic visionaries” as a false equivalency.

Buffett’s description of the challenges sets up the core of his idea, which is that interstate power lines are an investment that will lead to decades of steady returns. In other words, the transition to clean energy can be good for business, but it requires patience.

Despite having a clear understanding of the energy transition, Buffett and his company have not been leaders in talking about climate change or setting targets for reducing emissions.

Of the dozen or so largest electricity producers in the country that also own local utilities, Berkshire Hathaway Energy is one of only a few that have not announced plans to get to net-zero emissions, or at least close to that benchmark, by mid-century.

One reason for the lack of a long-term climate plan may be that Berkshire Hathaway Energy and its parent company continue to have a large stake in the natural gas and coal industries, said Joe Smyth of the Energy & Policy Institute, an energy watchdog group.

“The clean energy investments are great, and it’s good that companies of that scale are investing in transmission and clean energy,” Smyth said. “But we also need to look at their other holdings that Warren Buffett probably doesn’t want to drive attention to.”

Berkshire Hathaway Energy’s electricity utilities have had different approaches to fossil fuels, depending on the region. In Iowa, advocates have been calling on MidAmerican Energy to announce a closing date for several old coal plants, to no avail, even though MidAmerican has been a leading developer of wind energy. At the same time, PacifiCorp in the West, has announced a schedule for closing nearly all of its coal plants.

I asked Pavel Molchanov, an analyst for Raymond James, why Berkshire Hathaway Energy isn’t as eager as many of its peers to set a path to net-zero.

He said the company’s approach on climate issues may be tied to its size, and that it’s much more than an energy business.

“Companies that are a standalone energy business, and are publicly traded, have more of a desire to highlight or tout their green credentials,” he said. “Berkshire Hathaway, because of its unique structure and the history of it, and the persona of Warren Buffett, means that they’re not as worried about what investors think.”

But some of those same qualities—the company’s large size and vast financial resources—are why it can afford to tolerate long waits to see transmission line projects come to fruition.

To make the transition away from fossil fuels, the country is going to need a lot more transmission. And, the widespread power outages last month in Texas serve to underscore the need for a power grid that is flexible and able to send electricity to where it’s needed.

In this problem, Berkshire Hathaway Energy sees an opportunity.

“Though it will be many years before our western transmission project is completed, we are today searching for other projects of similar size to take on,” Buffett said.

Renewables Surpassed Coal in 2020: New figures from the Energy Information Administration confirm the United States got more electricity from renewable sources last year than from coal, the first time that’s happened, as I wrote last Friday. Natural gas, however, remained far and away the country’s leading fuel for electricity.

Rural Cooperatives Struggle to Make a Clean Transition: My colleague James Bruggers has a story this week about rural electric cooperative utilities and a growing movement to make these organizations more transparent and more open to renewable energy. This is an important and undercovered part of the clean energy transition. Rural electric cooperatives cover more than half of the nation’s landmass and are supposed to be controlled by their customers, but the reality in many places is that an entrenched group of executives and board members are slow to change and have taken steps to silence customers.

Bankruptcies Follow Texas Crisis: The high prices of natural gas and electricity during the recent Texas power crisis are leading to financial pain for utilities, customers and others who are now getting their bills. Jeff St. John of Greentech Media reports that Brazos Electric Power Cooperative is filing for bankruptcy to avoid having to pay $2.1 billion for electricity during the weeklong crisis. That bill is more than double what the cooperative paid for electricity in all of 2020. Other companies, including utilities, are facing their own financial strains, which may force some of them to delay clean energy projects.

Discouraging Wind to Try to Save Coal: A plan in North Dakota to close a coal-fired power plant and build a wind farm has hit a big snag, as Dan Charles reports for NPR. Local officials who are upset about the coal plant closing have passed rules that will prevent the planned wind farm from connecting to an interstate power line. As a result, the developer of the wind farm scrapped the plan and is now developing a project in Minnesota where there is access to a transmission line. The people who wanted to stop the wind farm are hoping to find a buyer for the coal plant to prevent it from closing. But that’s going to be difficult, considering that the current owner, Great River Energy, says the plant is losing money. In the meantime, the hostility to wind power has cost the region a development that would have helped the tax base and provided royalty income to land owners.

Volvo to Go All-Electric by 2030: Volvo says it will stop selling gasoline vehicles by 2030, the latest in a series of announcements by automakers that are focusing on electric vehicles, according to a story by Nick Carey and Helena Soderpalm of Reuters. Volvo is changing more than just its drivetrains. The brand, owned by Zhejiang Geely Holding Group of China, is also changing its business model to focus on online sales. Volvo is one of several brands that see growing demand for EVs and want to position themselves for the market to come. “I am totally convinced there will (be) no customers who really want to stay with a petrol engine,” said Volvo CEO Håkan Samuelsson, when asked about future demand for electric vehicles. 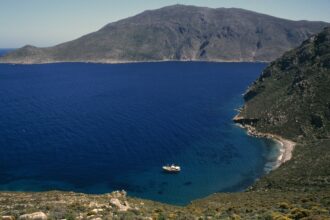 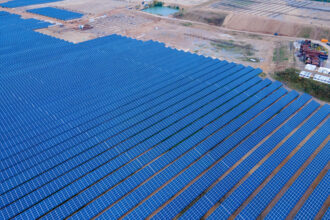 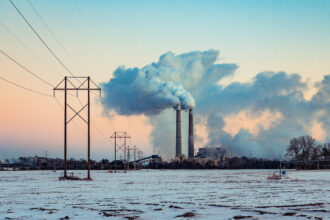