The average “energy returned on investment,” or EROI, for conventional oil is roughly 25:1. In other words, 25 units of oil-based energy are obtained for every one unit of other energy that is invested to extract it.

But tar sands oil is in a category all its own.

Tar sands retrieved by surface mining has an EROI of only about 5:1, according to research released Tuesday. Tar sands retrieved from deeper beneath the earth, through steam injection, fares even worse, with a maximum average ratio of just 2.9 to 1. That means one unit of natural gas is needed to create less than three units of oil-based energy.

“They have to use a lot of natural gas to upgrade this heavy, sticky, gooky almost tar-like stuff to make it fluid enough to use,” said Charles Hall, a professor at the State University of New York’s College of Environmental Science and Forestry. Hydrogen from gas heats the tar sands so the viscous form of petroleum it contains, known as bitumen, can be liquefied and pumped out of the ground. In this way, Hall said, gas helps turn tar sands “into something a bit closer to what we call oil.”

With most of the world’s highest quality resources already exhausted, companies are turning to formerly undesirable alternatives such as tar sands oil, which come with higher energetic price tags yet lower returns.

“We built our nation, economy and civilization on cheap energy—that’s where this incredible growth of the U.S. economy has come from,” said Hall, who coined the term EROI in 1979. “But that characteristic high energy return on investment fuel from much of the last century is no longer here.”

The latest EROI values for tar sands were calculated by David Hughes, a fellow at the Post Carbon Institute, a non-profit devoted to issues such as climate change and energy scarcity, based in Santa Rosa, Calif. The institute released Hughes’ findings on Tuesday.

Hughes’ figures include the energy it takes to mine bitumen as well as to upgrade it to synthetic oil that can be put into a refinery. It also includes the liquefied natural gas used to turn it into dilbit (diluted bitumen) so it can flow through pipelines.

Hall, who wasn’t involved in Hughes’ study, thinks the EROI for oil sands would fall closer to 1:1 if the tar sands’ full life cycle—including transportation, refinement into higher quality products, end use efficiency and environmental costs—was taken into account.

Travis Davies, manager of media and issues at the Canadian Association of Petroleum Producers, disputes Hughes’ calculations. He said oil sands create 6 to 10 energy units for each energy unit used, but he did not cite a source for those figures.

Both Hughes and Hall think the new data should be factored into the debate over Canada’s tar sands reserves, which cover an area about the size of Florida. Environmentalists argue that the oil sands should be left in the ground, because they produce much more carbon than other fossil fuels. The industry, supported by the Canadian government, says the oil sands are crucial to Canada’s economy and can provide the United States with a reliable source of fuel from a friendly neighbor.

What isn’t often mentioned, Hughes said, is the energy required to extract the oil, or the rate at which it can feasibly be recovered.

“Unless we talk about all three metrics—size of the resource, net energy and rate of supply—we’re not getting the full story,” he said.

The world currently burns through an estimated 88.25 million barrels of oil per day. As the supply of sweet, light crude diminishes, it is being replaced by unconventional alternatives, including tar sands.

Most unconventional energy sources have much lower efficiencies than conventional gas and oil, which operate at a combined energy-returned-on-investment ratio of about 18:1. Shale gas, for example, performs at about 6.5:1 to 7.6:1—a bit better than the 2.9:1 to 5.1 for tar sands oil. Corn ethanol, with an EROI of about 1.3:1, sits at the bottom of the barrel for investment pay off.

“If you accept the fact that fossil fuels are finite—and I think most people would—then using a lot more fossil fuels for recovering energy as opposed to doing actual work basically uses them up quicker with no net payback in terms of useful work,” Hughes said. “It’s an issue of diminishing returns.”

Canada is touted as having the third largest oil reserves in the world. But its supply of conventional oil is shrinking, and oil sands extraction has been growing fast in the past decade, from about 700,000 barrels per day in 2000 to 1.7 million today.

Hughes based his calculations on the 25.6 billion barrels of Canadian tar sands oil that are currently under active development. What concerns him more is the EROI of the estimated 143 billion additional barrels of oil sands that are sitting under Alberta’s boreal forests, especially since only 8 percent of that oil is accessible via surface mining.

“Those EROI numbers are going to go down as we move away from the highest quality to the lesser quality parts of the resource,” Hughes said. “I’d expect that downward shift to probably start about now.”

When the entire life cycle of the fuels is considered—including production, transportation and burning the final product— the greenhouse gas differential between conventional oil and tar sands oil is about 20 percent, according to a 2011 study from Stanford University.

While no rigorous studies have been conducted on the association between diminishing EROI values and increased greenhouse gas emissions, Hughes thinks “it’s a pretty safe assumption to make” that they are linked.

Those emissions are only going to increase as Canada ramps up to the 5 million barrels per day already approved for extraction, said Simon Dyer, policy director for the Pembina Institute, a Canadian non-profit focused on developing sustainable energy solutions.

“The impacts today are actually irrelevant compared to the tripling of emissions that hasn’t yet expressed itself on the landscape,” Dyer said. “At a time when we need to be de-carbonizing our economy and making moves to lower our sources of carbon energy, clearly oil sands are a step in the wrong direction.”

Whether mining tar sands oil makes sense financially, depends on the world market price of oil—and on whether a company has already paid off its infrastructure costs or is building a new mine.

With the current price of synthetic crude oil sometimes dipping as low as $30 per barrel, a company that has paid off its infrastructure can still make a profit. For a company that’s still building, however, the market price would have to be about $100 per barrel in order to justify construction, Hughes said.

“Cost-wise, this is the most expensive oil being produced today,” Dyer said. “It’s a pretty clear indicator that our solution to energy needs is not chasing lower and lower quality fossil fuel resources that come with higher impacts.”

Profitability aside, the development of Canada’s oil sands reserves will never offset declines in crude oil. At the world’s current rate of oil consumption—32.2 billion barrels per year—Canada’s tar sands oil reserves remain at a finite 168.6 billion barrels, enough to keep the world fueled for less than six years. 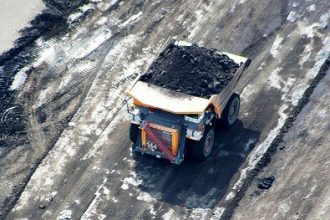 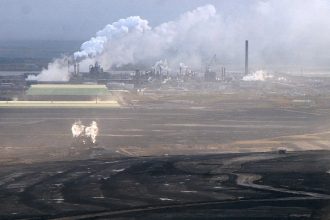