The Blackjewel coal mining company can walk away from cleaning up and reclaiming coal mines covered by more than 30 permits in Kentucky under a liquidation agreement that was reached Friday in federal bankruptcy court in Charleston, West Virginia, attorneys participating in the case said.

About 170 other Blackjewel permits in Kentucky, Tennessee, Virginia and West Virginia will be placed into legal limbo for six months while Blackjewel attempts to sell them to other coal mining companies, the attorneys said. Any permits that are unable to be transferred can then also be abandoned by the company, once the nation’s sixth-largest coal producer.

The ruling will go into effect after bankruptcy court Judge Benjamin Kahn signs a final order.

The Kentucky Energy and Environment Cabinet was preparing a written statement on the decision late Friday but a spokesman said it was not immediately available and declined to comment.

Thousands of acres of mountainous land in Kentucky alone have been disturbed by strip mining allowed by the permits that were before the judge. Both the state and the companies that issued bonds guaranteeing clean-up and reclamation of the dynamite-blasted landscapes had warned in court proceedings that there might not be enough money to do all the required work.

With other U.S. coal-mining companies in similar financial straits and demand for coal plummeting, Blackjewel’s situation is a harbinger of the trouble ahead in coal country, Inside Climate News reported earlier this month.

“Unfortunately, this is likely the start of a trend where bankrupt coal companies dump their coal mine cleanup obligations onto communities and taxpayers who simply don’t have the money to pick up the tab,” said Peter Morgan, a senior attorney at the Sierra Club, who was participating in the case. “This should be a wake-up call to state regulators across the country to immediately hold coal mining companies accountable and to put miners to work cleaning up coal mines before all the burden falls on taxpayers and underfunded surety bonds.”

The Surface Mining Control and Reclamation Act of 1977 requires coal mining companies to post bonds to cover the costs of reclamation should they go bankrupt. They are also supposed to reclaim idled mine sites contemporaneously, as they are mining new areas. Reclamation can consist of backfilling and grading of a mined area, eliminating unstable “high walls” and mine waste, replanting, and managing and treating water that runs off the site, which can be toxic. The law generally requires that reclaimed land be returned to its approximate original contour.

At least for the permits that the judge ordered to be abandoned, the ruling will mean that reclamation should soon begin on those strip mines, said Mary Cromer, deputy director of the Appalachian Citizens’ Law Center Inc., which represents citizens groups in the case. She said many are looming safety and environmental hazards for people who live near them. In court testimony, residents and state regulators described mines with unstable slopes presenting landslide risks, and clogged pipes putting retention ponds containing polluted water at risk of overflowing.

The fate of reclamation of the mines covered by the company’s other permits will, unfortunately, remain uncertain, Cromer said.

The judge required coal mining companies that might purchase the permits to take reclamation responsibility should they eventually go bankrupt, she said. But their financial condition in a weakened coal industry makes that also uncertain, she said.

Blackjewel and its ousted former CEO, Jeff Hoops, had acquired significant distressed coal assets shed by other failing companies, but then both became mired in the company’s own financial distress. It filed bankruptcy without warning in 2019, which left 1,700 employees in Wyoming, Virginia, West Virginia and Kentucky without jobs or their final paychecks.

The bankruptcy case involves several Blackjewel-affiliated companies, which are now also suing Hoops for alleged self-dealing. Hoops has denied the accusations, according to the Wall Street Journal.

“Blackjewel failed dozens of communities across Kentucky by not hiring workers to clean up hundreds of coal mines, and now they’re allowed to just walk away,” said Matthew Taylor, a Sierra Club member in Millstone, Kentucky, in a written statement. “Only weeks ago, one of Blackjewel’s mines was severely eroding and leaching harmful pollutants that threatened the downhill community of Stoney Fork, and now Blackjewel is free of any responsibility at any of its mines that similarly endanger nearby communities.” 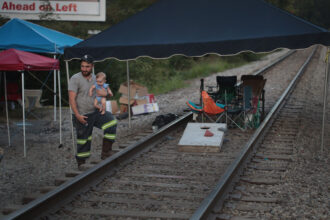 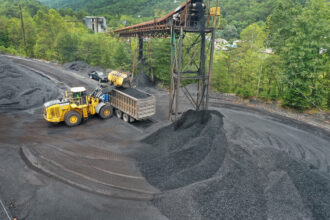