What About Pooper Scoopers?

One caveat, however, is that the researchers assumed none of the dog waste was picked up by the owners. Yet dog walkers are legally required to clean up feces in all four of the studied parks.

“For urine, this is, of course true, that can’t be collected. For feces. It’s difficult to estimate because we haven’t looked at this in many parts of the world,” said lead author Pieter De Frenne, a professor in the department of environment at Ghent. “Many dog owners, of course, pick up the feces, but we didn’t quantify that.”

Dogs are considered an importer of nitrogen and phosphorus into the ecosystem. They are fed at home while their urine and feces are deposited in these parks when their owners take them on a walk. Wild animals in the park, however, consume food and urinate and defecate within the park in a contained cycle. Dogs are also carnivores, which means their wastes are more rich in nutrients compared to herbivores, De Frenne said.

Nitrogen and phosphorus are technically good for plants—they make up the basis of fertilizers. But beyond a certain “critical load,” De Frenne said, they no longer are helpful and they instead reduce biodiversity by allowing a few species to quickly grow and outcompete small, rare plants.

Some solutions to the problem, he said, include picking up dog feces, keeping dogs on a leash to keep wastes concentrated near walking trails, or even building dog “toilets,” essentially sandboxes near park entrances where dogs can do their business before their walk.

“These nature reserves are, on the one hand, very important for nature conservation,” said De Frenne. “Some are important at the international level for wintering birds, for instance, and also for plants, but on the other hand, they are also frequented by a lot of people. So they’re important for recreation living in the city center.”

The Cleansing Power of Office Plants

Houseplants, including peace lilies, corn plants and ZZ plants, can significantly reduce pollutants in indoor environments, a new study found. In a small, poorly ventilated office, just five plants could reduce nitrogen dioxide, a pollutant that can cause respiratory problems, by as much as 20 percent, the study authors calculated.

Researchers from the United Kingdom’s University of Birmingham and Royal Horticultural Society placed the three species of typical, inexpensive potted houseplants in a sealed chamber containing nitrogen dioxide in a volume typically found in a polluted urban indoor environment. They found that all three plants were able to significantly reduce nitrogen dioxide in their chambers during the hour-long experiment.

Nitrogen dioxide is a pollutant emitted from gas-burning vehicles and can accumulate in buildings located near highways and heavily trafficked roads.

“It’s a key pollutant, especially in urban environments,” said co-author Christian Pfrang, an associate professor in atmospheric science at Birmingham. “Since more and more people live in urban areas, it’s an important one.”

Pfrang said he and his team are not sure of the exact mechanism by which plants are able to remove nitrogen dioxide from the air and further research is needed to figure that out.

“There clearly are conditions where a simple potted plant can contribute to good air quality indoors,” said Pfrang. “And it’s certainly something that adds to the other services that indoor plants can do; they look nice and they have other other benefits. So I think it’s a very low tech approach.”

The Sexism of Climate Change

Women tend to bear the brunt of climate change effects. Globally, women often grow and process food in climates that are becoming more extreme, gather firewood in regions that are losing trees and collect water as droughts force them further away from their homes, subjecting them to more risk of gender-based violence during long journeys.

Despite their heightened vulnerability, few women make decisions about climate change on the world stage. Men make up more than 90 percent of the heads of governments and companies around the world.

That is why, for International Women’s Month this year, UN Women’s HeForShe Initiative is focused on gender equality and sustainability, particularly regarding climate change. The initiative, which started in 2015, is a movement that aims to empower men and boys to be advocates for gender equality.

“The top managers of the corporations that are responsible for emissions operate in … a highly competitive and power-oriented masculinity and are answerable to boards and shareholders who want to see a return on investment. Heads of government are operating in an environment with a clear objective of protecting the economic and political interests of their countries with regards to climate change,” wrote Edward Wageni, global head of the HeForShe Initiative in an editorial this month. “In the process they formulate policies that deepen gender inequalities and harm the environment further.”

Men also experience the effects of climate change in a unique way, Wageni writes. In some cultures, norms of masculinity limit how men can talk about their emotions around climate change and its consequences. For example, male farmers who lack strong support systems have disproportionately higher levels of suicide during climate-induced droughts, according to the World Health Organization.

The job sectors that are expected to grow as climate change worsens, like utilities, construction and manufacturing, tend to be male-dominated, potentially leaving women out of the opportunities to come.

Climate change will not only make heat waves more common on land, but also in our large lakes, a new study found.

An analysis of satellite data from 78 large lakes around the world found that 94 percent of severe heat waves—when a lake’s temperature was exceptionally high for at least five days—that occured over the past 30 years have been influenced by increased greenhouse gases from human activity in the atmosphere.

The study, conducted by researchers at Bangor University in Wales and other European institutions, and published in the journal Geophysical Research Letters last month, also found that severe heat waves in lakes would be three times more likely under 1.5 degrees Celsius of warming, and 25 more times likely in a 3.5 degree hotter world, compared to a world without human-caused global warming.

“The differences between these anthropogenic and the natural simulations showed that the vast majority of the heat waves that we have observed are due primarily to anthropogenic forcing,” said lead author R. Iestyn Woolway, a climate scientist at Bangor. “Meaning that without human-induced climate change, without increased greenhouse gas emissions to the climate system resulting in increased temperatures, we wouldn’t get anywhere near as many lake heat waves as we are getting.”

Increased heat waves in lakes can have significant impacts on their ecosystems, like causing algal blooms that turn the water green and can lead to fish die offs, Woolway said. These impacts can also affect recreation, making lakes dangerous to swim in or reducing desirable fish populations for anglers. 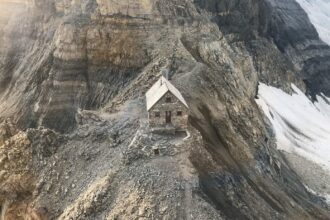 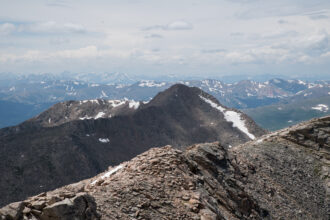 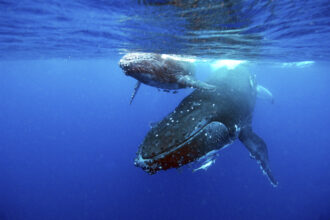