In 2014, the World Health Organization reported that New Delhi was one of the most polluted cities in the world, with dangerous levels of fine particulate matter pollution, known as PM2.5. Ever since, New Delhi has been synonymous with hazardous air quality.

Over the last few years the air quality levels in one of the world’s fastest growing metropolises have ebbed and flowed, but for the most part New Delhi’s pollution levels remain higher than most cities across the world.

Now, the Swedish air quality monitoring company IQAir has released its annual World Air Quality report for the year 2021, again ranking New Delhi among the most polluted cities in the world and the most polluted capital city for a fourth consecutive year. IQAir also found that South Asia was the world’s most polluted region, where PM2.5 emissions from vehicle exhaust, commerce, the burning of stalks and other crop residue after harvest season and in-home cooking with solid fuels all combine to dangerously degrade air quality.

“You can barely see the leaves anymore, there’s a layer of dust that covers them all the time,” said Renu Singh, 39, a Ph.D student at Dr. B. R. Ambedkar University Delhi, describing the visible effects of air pollution in the city.

Singh, who has lived in Delhi for most of her life, has seen the city grow into a metropolitan area of more than 30 million people. Data suggests Delhi’s population will likely surpass Tokyo’s by the year 2030 and reach 39 million. And as the city continues to grow, so does its air pollution problem.

According to the 2019 Air Quality Life Index published by the University of Chicago, residents in Delhi would lose more than nine years of life expectancy if pollution levels from 2019 persist. The World Health Organization associates many short- and long-term health risk factors with exposure to PM2.5, tiny droplets of pollution smaller than 2.5 microns—about one-thirtieth the diameter of a human hair—that irritate the eyes, nose and lungs, aggravate asthma and other respiratory diseases and increase the risk of death from lung cancer and heart disease.

These particles come from vehicle exhaust, the burning of fuels such as wood, heating oil or coal, and natural sources such as grass and wildfires.

The Global Burden of Disease comparative risk assessment estimates that exposure to air pollution contributed to more than 1.6 million deaths in India, 128,000 in Pakistan and 123,000 in Bangladesh. In 2020, more than 50,000 deaths in New Delhi alone were caused by air pollution, according to a Greenpeace Southeast Asia analysis of IQAir data.

Some of the Most Toxic Air in the World

While Delhi dominates the air quality conversation in the region, the deadly air problem isn’t exclusive to the city, or India. Forty-six of the planet’s 50 most polluted cities are located in South Asia.

The region’s other major capital cities—Dhaka, in Bangladesh; Kathmandu, in Nepal;  Islamabad, in Pakistan; and Kabul, in Afghanistan—were among the top 15 most polluted capitals in 2021. Simply put, people all across South Asia are losing years of their lives by breathing some of the most toxic air in the world. And the the hot zone for these alarmingly high levels of pollution in the region is the Indo-Gangetic plain, a 700 kilometer-long stretch of land that comprises the floodplains of the Indus and the Ganga-Brahmaputra rivers in northern and eastern India, eastern Pakistan, Bangladesh and southern Nepal.

The University of Chicago Air Quality Life Index estimates hazardous air quality levels have reduced life expectancy throughout the Indo-Gangetic plain by seven years. One of the most densely populated regions in the world, the plain is home to more than 500 million people and the hub for small, medium and large scale economic activity in South Asia.

“Most unfortunately, we don’t have the abating influences of a coast, either,” said Karthik Ganesan, a fellow and director of  research coordination at The Council on Energy, Environment and Water, a nonprofit think tank based in New Delhi.

In this landlocked region, air quality often ranges between unhealthy and hazardous levels on the Air Quality Index (AQI) used by the United States Environmental Protection Agency, which measures particulate matter pollution, ground-level ozone, carbon monoxide, sulfur dioxide and nitrogen dioxide. The air quality measurement, based on a scale of scale of 0 to 100, categorizes anything above 151 as unhealthy, about 201 as very unhealthy and above 301 as hazardous. On the Indo-Gangetic plain, air quality levels rarely fall below 100 at any time during the year. But during the winters, levels frequently exceed 150.

Vehicles Form the Core of the Problem

In Delhi and the region’s other vast cities, dark clouds of exhaust rise from streets choked with new and old cars, taxis, trucks, buses and motorbikes. “Transport and economic activity is really to blame at the core of it,” said Ganesan.

Over the years the New Delhi government has introduced and reintroduced the Odd Even Rule, a road space rationing policy that was first introduced in Beijing in 2008 to limit the number of cars on the road on particularly hazy days. Under the rule, motor vehicles with odd or even registration numbers are allowed to be on the roads on odd and even days of the week, respectively.

But in 2019, the Supreme Court of India called into question the effectiveness of the rule, citing the many exemptions for two and three-wheelers. The same year, Kathmandu implemented the rule during the opening and closing days of the South Asian Games.

Lahore, the second largest city in Pakistan with more than 11 million residents and over 5 million registered vehicles, experiences pollution levels similar to those in Delhi and lacks any type of city specific comprehensive policies for addressing pollution caused by transport. “When you have weak standards there is no incentive to turn to better technology,” said Sanval Nasim, assistant professor of economics at the Lahore University of Management Sciences.

Millions of people move in and around Delhi everyday through the metro, a mass transit system that serves the capital and its neighboring cities, and by using its more than 12 million registered motor vehicles. The city was the first in India to adopt the European Union’s fuel efficiency standards, used by many high income countries around the world.

Efforts are underway in Delhi to electrify the city’s fleet, but “it’s a very multisectoral, complex problem which won’t get tackled overnight,” said Gunjan Jain, communication lead for air quality and climate impacts at Climate Trends, a New Delhi-based communications and capacity building initiative with a focus on environment, climate change and sustainable development.

Burning Crops, Agriculture and Other Factors

Each winter, as the monsoon season comes to an end, farmers across northern India and the bordering regions in Pakistan set stalks and leaves and other debris from the harvest ablaze on thousands of acres of farmland. As the rains subside, the winds thicken and the weather grows drier, smog from crop burning chokes the region. This post-harvest burning in Punjab on both sides of the India-Pakistan border and in the state of Haryana in India contributes greatly to the Indo-Gangetic plain’s worsening air quality.

When farmers set fire to leftover stalks of the harvested crop in preparation for the next season’s planting, air quality levels on both Pakistan and India’s sides of the Indo-Gangetic plain reach hazardous levels more than 10 times thicker with PM2.5 than World Health Organization guidelines. According to IQAir, more than 4,000 agriculture fires were burning in November 2020 along a 409 kilometer-long stretch of land between Delhi and Lahore. But farming communities often view pollution as a big city problem.

“We need to be cognizant that just a blanket ban on these activities will not get us anywhere,” said Jain.

The solution, said Ganesan, of The Council on Energy, Environment and Water in New Delhi, lies in assessing which crops would be best suited to the region and produce the least amount of residue. Rice, which is heavily harvested in Indian Punjab and Pakistan, is not the answer. “Rice growing is not traditional in Punjab,” he said. The growing demand for basmati around the world has made rice a popular crop in the region, with subsidies for fertilizer and little to no taxation or penalty for drawing large volumes of water for the harvest.

“Currently the government has a very ad hoc approach to this,” said Nasim of the provincial government in Pakistan. During crop burning season the province declares an emergency and officials from the Provincial Disaster Management Authority register complaints against farmers engaging in the practice, and “that’s not a very cost effective or long term way of dealing with the problem,” Nasim added.

“There is a gap in recognizing the scale of the problem at the governance level and at the level of the implementing authorities,” said Jain.

But the connection is hard to miss.

In India, pollution risks are much higher for disadvantaged and vulnerable population groups, according to an air quality and environmental injustice study published in the International Journal of Environmental Research and Public Health in January 2021. “Good quality air becomes a luxury,” said Singh, pointing to avoidance behavior by economically advantaged groups with the capacity to purchase air purifiers and remain indoors on bad air quality days.

“Anecdotally, one can assume that poor neighborhoods are much more exposed to bad air quality,” said Nasim, the assistant professor at the Lahore University of Management Sciences.

In addition to living in close quarters and without access to air purifiers to keep the air clean, rural and economically disadvantaged households often also use solid fuel for cooking, he and other experts note. “Thirty percent of ambient air pollution in India comes from what gets burned inside households,” said Ganesan.

In 2016, the Ministry of Petroleum and Natural Gas in India introduced a nationwide scheme to provide subsidized Liquified Petroleum Gas (LPG) connections for low income households as a substitute for solid fuels. But as prices for LPG came down during Covid-19 the government took those subsidies away. “The government decided I’ve got other priorities to support, I am not going to support subsidized LPG anymore,” said Ganesan.

Ganesan, Jain and Nasim all agree that in South Asia the problem often comes down to implementation. “Every environmental problem that India and South Asia faces today is part of this bigger puzzle and if we can’t look at it in this manner, we may not be able to solve it in finite time,” said Ganesan. 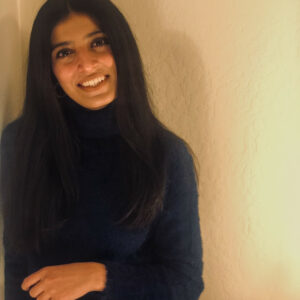 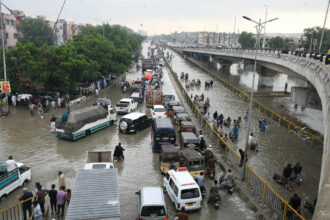 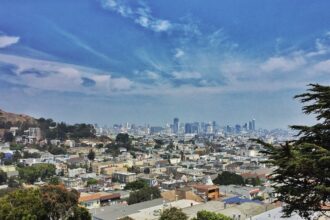 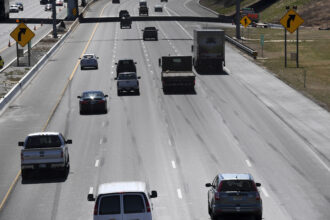