In a ruling issued Thursday by an apologetic panel of Texas justices, ExxonMobil suffered a legal setback as part of its fight against a series of lawsuits filed by California localities seeking to recover damages related to climate change.

The three justices of the Second Appellate District of Texas set aside a lower court ruling that would have allowed Exxon to dig through files and records kept by California officials from four cities and three counties that are suing the oil giant, along with 36 other other fossil fuel companies.

“We confess to an impulse to safeguard an industry that is vital to Texas’s economic well-being, particularly as we were penning this opinion weeks into 2020’s Covid-19 pandemic-driven shutdown of not only Texas but America as a whole,” Justice Elizabeth Kerr wrote, in a 49-page opinion. She called the litigation “an ugly tool by which to seek the environmental policy changes the California Parties desire.”

The justices recoiled at the notion that the courts were being asked to determine whether climate change caused by human activity has been “conclusively proved and must be remedied by crippling the energy industry.”

Nevertheless, the justices concluded that Texas law did not give them the authority to rule in Exxon’s favor.

“It is highly unusual for a court so explicitly to lay bare its political leanings and its desire to rule for one side, and then, almost mournfully, to conclude that the law requires it to rule for the other side,” said Michael Gerrard, director of the Sabin Center for Climate Change Law at Columbia Law School. “But this court carried out its duty to follow what it saw as binding precedent.”

Exxon did not respond to a request for comment.The California plaintiffs, from tiny Imperial Beach to the city of San Francisco, filed the suits in 2017 against the energy companies, demanding that they take financial responsibility for infrastructure upgrades to offset the effects of climate change.

The lawsuits accused the companies of knowing for nearly five decades “that greenhouse gas pollution from their fossil fuel products had a significant impact on the Earth’s climate and sea levels.”

Exxon argued that it and other Texas-based energy firms have become the target of a “conspiracy” among liberal state attorneys general and other state and local officials seeking to blame them for carbon dioxide emissions that are causing global temperatures to rise.

“ExxonMobil finds itself directly in that conspiracy’s crosshairs,” the company’s attorneys explained in court papers.

But instead of asking a California court to order the document production, Exxon turned to a state district court on its home turf in Texas.

Exxon’s attorneys also argued that if the municipalities were so concerned about climate change threats, they were guilty of a withholding that information from buyers of municipal bonds used to fund city projects.

Attorneys for the cities and counties argued the Texas court lacked jurisdiction to rule on Exxon’s request because none of officials targeted by Exxon were Texas residents and none of the alleged climate transgressions occurred in Texas.

“If Exxon has any good faith basis for alleging that the public entities’ lawsuits are frivolous or are being pursued for improper purposes, Exxon should pursue that challenge in the California courts,” the attorneys wrote.

Exxon argued that the Texas court could exercise jurisdiction over the cities and counties because the California lawsuits allege acts that violate the company’s constitutional rights in Texas.

“If you are going to pick a fight in Texas, it is reasonable to expect that it be settled there,” the company’s lawyers wrote.

Although the three justices ruled against Exxon, they made it clear they were wholly on the company’s side, even taking a swipe at California courts they suggested would tip the judicial scale in favor of the cities and counties on a “lawfare battlefield.”

“Being a conservative panel on a conservative intermediate court in a relatively conservative part of Texas is both blessing and curse: blessing, because we strive always to remember our oath to follow settled legal principles set out by higher courts and not encroach upon the domains of the other governmental branches; curse, because in this situation, at this time in history, we would very much like to follow our impulse instead,” the opinion said.

It continued, “In the end, though, our reading of the law simply does not permit us to agree with Exxon’s contention.”

The setback in the Texas court comes just weeks after a federal appeals court handed Exxon and other oil companies a critical loss in their fight to have the cases heard in federal court, where the companies have prevailed in prior climate cases.

The cases are now headed to California courts to be tried under state liability statues perceived as more favorable for the plaintiffs. The California cases triggered a series of similar lawsuits across the country, from Washington state to New York. 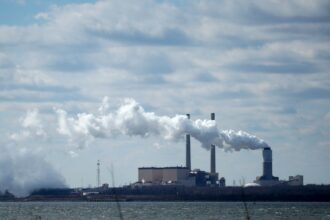 Maryland Climate Ruling a Setback for Oil and Gas Industry 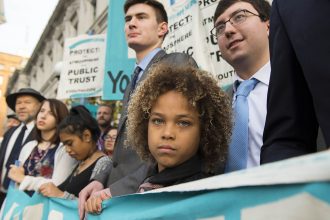 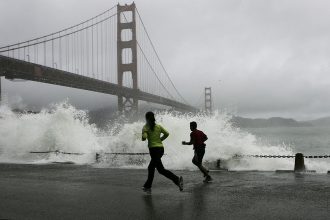