Marco Mangelsdorf thought he made a smart move early this year when he bought nearly 300 solar panels from a manufacturer in China rather than from the United States.

The modest $54,000 purchase was expected to help his customers save 50 percent on their solar systems. Mangelsdorf’s company ProVision Solar engineers and installs rooftop solar on homes and businesses in Hawaii.

“I’m beating myself up,” he says now.

Last month, Mangelsdorf had to fork over approximately $140,000 to U.S. Customs and Border Protection on that order—the result of a May ruling by U.S. trade officials to slap tariffs on Chinese solar imports that have shipped since February. That’s nearly two and a half times what he paid Ori Solar Limited, the Chinese manufacturer, for the panels.

“Needless to say, it’s been very painful as a small business,” says Mangelsdorf, who employs about 20 people at ProVision.

Troy Dalbey has a similar story. The managing director of the North American unit of Upsolar, a Chinese solar panel maker, says his 20-person subsidiary may postpone plans to expand its U.S. operations because of the tariffs. He says the fees could apply to more than $10 million worth of panels the firm had shipped from its Chinese manufacturing facilities to the United States in the first quarter this year—and they could be in the mid-seven figures.

“When you have a multimillion dollar liability hanging over your head, it makes it much more difficult to get financing.”

All told, U.S. importers of Chinese panels could have to pay about $100 million in retroactive tariffs, according to estimates by Dorsey & Whitney, an international law firm that represents Upsolar and others.

Both Dalbey and Mangelsdorf are hopeful their companies will be reimbursed for the payments. A separate U.S. trade office is set to vote on the tariffs in a decision set for November—and it could move to strike them down.

To increase their chances, the two men have linked up with a growing number of small American solar businesses and subsidiaries to plead with federal officials to cancel the duties. “Some of the guys I’ve talked to may have to shut their doors” if the tariffs stand, Dalbey says.

Dorsey & Whitney is leading that effort and says it has spoken with nearly two dozen companies so far. The goal, the firm says, is to get a big turnout of tariff opponents at an October hearing that will precede the final decision.

Why the Retroactive Tariffs Happened

The retroactive tariffs stem from a May 17 decision by the U.S. Department of Commerce, which ruled that Chinese manufacturers were selling their panels in the United States at below-market prices in a practice known as “dumping.”

It issued its decision in response to a petition filed by SolarWorld, the largest American solar panel maker, and six other anonymous manufacturers. Those firms say that unfairly priced Chinese panels have led to the loss of about 2,000 American jobs.

The trade dispute has pitted U.S. solar manufacturers against the country’s usually much smaller installers and developers, who say they’ve benefited from cheap Chinese panels and could lose 60,000 jobs from the tariffs.

Siding with the petitioners, the Commerce Department ordered all U.S. importers of Chinese solar goods to pay preliminary anti-dumping fees ranging from 31 percent to as much as 250 percent—among the highest in U.S. history. The solar tariffs are in addition to tariffs of between 3 and 5 percent that Commerce imposed on solar panels in March to counter illegal Chinese government subsidies.

The agency also granted a “critical circumstances” tariff, which requires duties on any shipment that arrived 90 days before the decision.

Commerce first floated the idea of retroactive tariffs back in January. It was meant to dissuade U.S. importers from importing large amounts of Chinese solar panels ahead of the department’s decision.

But shipments soared, and the cost of panels continued to drop. According to Commerce figures, in the first five months of 2012, the value of solar cells and panels imported from China jumped nearly 22 percent to $1.2 billion, up from about $933 million during the same period last year.

“The main driver of [solar] imports [this year] was China’s rush to bring in products before the duties were imposed,” says Timothy Brightbill, an attorney with Wiley Rein, a law firm in Washington that represents SolarWorld in the trade case. “It’s reasonable for Commerce to impose those duties retroactively to cover that.”

William Perry, who heads the international trade practice group at Dorsey & Whitney, disputes that claim. He says the jump in imports was due mainly to U.S. solar companies rushing to buy panels before the Section 1603 Treasury Grant program, which gave cash grants to renewable energy firms, expired at the end of December. Purchases made from China in late 2011 arrived in U.S. ports in 2012.

“The government programs led to the surge in imports.”

Future of Tariffs Up in the Air

For now, importers are required to pay cash or bonds to cover the retroactive tariffs. Firms that can’t, face stiff penalties.

Both the tariffs and retroactive duties are preliminary. In early October, Commerce will decide whether to keep, increase, decrease or even refund the tariffs. Then, it is up to the U.S. International Trade Commission (ITC) to either uphold or reject that decision in November.

The ITC could also keep the tariffs but strike down the retroactive penalty. In that case, importers like Mangelsdorf would get their money back.

Mangelsdorf, Dalbey and other business owners will plead their case to the ITC at a hearing in Washington, D.C.

Perry of Dorsey & Whitney says that in his experience the ITC throws out retroactive tariffs in the bulk of trade cases. Perry has defended Chinese exporters and U.S. importers in anti-dumping cases for more than two decades.

Regardless of the outcome, Mangelsdorf says he won’t be placing another order with Ori Solar Limited, his Chinese supplier, anytime soon.

“I can’t see any circumstance that will lead me to buy any more Chinese modules.” Instead, Mangelsdorf says he’s checking out smaller U.S. manufacturing firms with relatively cheap prices—and less hassle.

Upsolar’s Dalbey says that his firm will now get its solar goods from two companies in Tawain, where tariffs don’t apply. “We’re going to work through it. We’ve worked too hard to build a business here that’s profitable.”

Clarification: The article states that six of the seven solar manufacturers that filed the Oct. 19, 2011, petition with the Department of Commerce were anonymous. Two of those firms—Helios Solar Works of Milwaukee, Wis., and MX Solar USA of Somerset, N.J.—recently have gone public with their participation in the case. 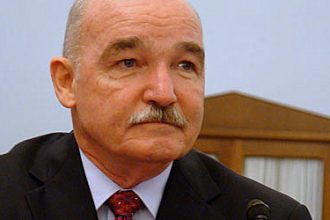 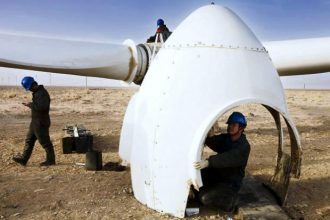