The decision Tuesday by the U.S. Court of Appeals for the District of Columbia Circuit slammed the door on the Trump administration’s effort to replace the Clean Power Plan, the Obama administration’s signature effort to reduce greenhouse gas emissions from the nation’s power plants.

The court found that the Trump administration’s replacement rule, the Affordable Clean Energy rule, failed to provide adequate environmental and public health protections and that it “hinged on a fundamental misconstruction” of the Clean Air Act.

“The question in this case is whether the Environmental Protection Agency (EPA) acted lawfully in adopting the 2019 Affordable Clean Energy Rule (ACE Rule) as a means of regulating power plants’ emissions of greenhouse gases,” the judges wrote. “It did not.”

“The Court’s decision to vacate former coal lobbyist Andrew Wheeler’s Dirty Power Plan is the apt bookend to the Trump Administration’s EPA, which was defined by a general subservience to the fossil fuel industry and dozens of legal defeats brought by public health and environmental organizations,” said Joanne Spalding, chief climate counsel at the Sierra Club, in a statement.

In 2007 the U.S. Supreme Court ruled that greenhouse gas emissions are air pollutants covered under the Clean Air Act. Following that decision, the EPA in 2009 released its “endangerment finding,” which requires the agency to regulate emissions because they endanger public health and welfare.

The Obama administration’s Clean Power Plan, released in its final form in 2015, set limits for the first time on carbon pollution from power plants, the single largest stationary source of greenhouse gas emissions. The rule was immediately challenged by the coal industry and dozens of states. In 2016 the Supreme Court put a hold on the rule as challenges worked their way through lower courts.

The Trump administration issued its ACE rule in 2019, deciding to repeal and replace the Clean Power Plan rather than scrap it completely because Trump attorneys felt that approach had a better chance of making it through the courts.

“ACE wasn’t just bad law, it was bad policy­—a coal plant crutch in the guise of climate regulation. ACE consisted of voluntary emission guidelines based on measures that even the Trump EPA conceded would actually lead to increased emissions,” said Jay Duffy, an attorney for the Clean Air Task Force who argued portions of the case before the court in October.

Tuesday’s decision had two critical findings, said legal experts from the State Energy and Environmental Impact Center at the New York University School of Law. First, the court found that the EPA had correctly made the endangerment finding, requiring it to regulate carbon emissions from power plants and establishing that the agency should do so going forward.

The second, they said, was that the court rejected an argument, based on an obscure drafting error in 1990 amendments to the Clean Air Act, that attorneys used to challenge the agency’s authority to regulate carbon emissions under the original law.

The decision Tuesday caps the administration’s poor record fighting for its deregulatory attempts in court. According to statistics from the Institute for Policy Integrity at the New York University School of Law, the administration has lost more than 80 percent of its legal attempts to undo or force agency regulations in its favor.

“For four years, the Trump administration has propagated the outright lie that the Clean Power Plan relied on regulatory techniques never used before, and the EPA constructed an unsupportable legal theory to justify its repeal,” said Richard Revesz, director of the institute. “It’s fitting that, on the Trump administration’s last full day in office, the D.C. Circuit forcefully struck down the signature item of its environmental agenda, which has brought enormous harm to the health of the American people, to the environment, and to the competitiveness of our economy.”

The court’s decision sends Trump’s rule back to the EPA and directs the agency to start over, giving the incoming Biden administration a chance to reframe new regulation from the ground up.

“The court has wisely struck down another effort by this administration to shred environmental protections in service of polluters,” said Clare Lakewood, legal director of the Center for Biological Diversity’s Climate Law Institute. “This decision frees up the new Biden administration to begin working immediately on the science-based greenhouse pollution rules we desperately need to make up for lost time.” 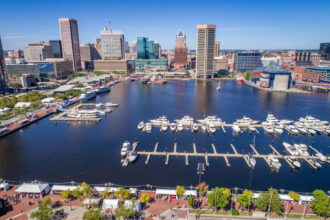 With Only a Week Left in Trump’s Presidency, a Last-Ditch Effort to Block Climate Action and Deny the Science