For over three years, Patrick Donnelly has visited the Silver Peak Range of Nevada nearly every month to check on Tiehm’s buckwheat—a small wildflower with yellow pom-poms extending above a leafy base that grows on just 10 acres of public land. Protection of the flower as an endangered species by the U.S. Fish and Wildlife Service went into effect this week.

But in the past month, Donnelly, the Center for Biological Diversity’s Great Basin director, has already found threats to the flower’s critical habitat from a proposed mine and cattle grazing in the area.

Tiehm’s buckwheat is an endemic species, found nowhere else in the world, that evolved to grow in soil rich in lithium and boron. That same soil is what drew Ioneer LLC, a company focused on providing elements for sustainability, to propose mining the area in 2017, particularly for lithium, the metal critical for the energy transition. But their proposal sparked years of activism opposing the mine to protect the rare wildflower and eventually led the USFWS to list the species as endangered.

The Bureau of Land Management, which has jurisdiction over the area, approved Ioneer’s drilling operations last year, but only on land outside of the 900-acre area proposed as critical habitat to protect Tiehm’s buckwheat. When USFW ruled Tiehm’s buckwheat was endangered, the agency wrote that the mine could “disturb and remove up to 38 percent of critical habitat for this species.”

Wednesday, the day after the USFWS’s listing went into effect, the Bureau of Land Management issued a trespassing notice to Ioneer “for the unauthorized use of certain Tiehm’s buckwheat habitat.” The company had stored equipment on the protected land.

The notice comes just days after the U.S. Energy Department announced it would lend Ioneer $700 million for the mine, contingent on the company completing an environmental review. The DOE’s promise of a loan before the mine has passed its environmental reviews, Donnelly said, is a “transparent effort to kind of build political momentum for the project.”

In the meantime, Donnelly found a completely different and more immediate threat to the endangered buckwheat—cattle, which he found grazing near the plants earlier this month, leading the CBD to file an intent to sue the BLM for allowing livestock onto the flower’s critical habitat.

“There are many threats in the short term to Tiehm’s buckwheat,” he said. “But hanging over the whole situation is the prospect of this mine.”

Ioneer, an Australian mining company, hopes to mine lithium, the metal needed for electric vehicle batteries that are critical to the energy transition, near the Tiehm’s buckwheat habitat and is in the final stages of getting the mine permitted with the BLM.

The Rhyolite Ridge is the only known lithium-boron deposit in North America, and Ioneer has agreements to provide the elements to automotive companies, including Toyota and Ford Motor Company, according to a press release.

The Center for Biological Diversity first notified the BLM of the trespassing on Jan. 12 and the agency visited the area the following day, where inspectors confirmed the activity. Ioneer has 14 days to respond to BLM’s notice but has already removed most of the offending mining equipment from the area, according to a press release from the agency. The company is liable for the costs of the unauthorized use of the land and the “rehabilitation and stabilization of the lands that were subject to the trespass,” according to the notice.

“We take full responsibility for the breach and sincerely regret the inadvertent noncompliance with the permit,” Bernard Rowe, Ioneer’s managing director, said in an emailed statement. “Since day one, Ioneer has instructed our staff and contractors about the need to observe all permit conditions. We are investigating exactly how this failure occurred, and we will take action to assure total compliance in the future.”

The Center for Biological Diversity and other groups have advocated for years to protect Tiehm’s buckwheat from the mine.

In 2019, the CBD petitioned for the Fish and Wildlife Service to protect the wildflower “threatened by mineral exploration and a proposed open-pit mine” under the Endangered Species Act. The Center sued the USFWS and the BLM in 2020 after researchers discovered the population had declined by two-thirds. And in 2021, conservation groups, more than 100 scientists and some Nevada politicians called for the Biden administration to protect the species and petitioned to have more than 4,000 acres within the Rhyolite Ridge protected as an Area of Critical Environmental Concern.

Tiehm’s buckwheat is one of many wild buckwheats, or Eriogonums, of which there are over 300 varieties. As a whole, said Naomi Fraga, director of conservation programs at the California Botanic Garden, they only grow in North America and are an incredibly diverse species. Many, she said, are like Tiehm’s in that they are unique to very small, specific areas.

“This group is known for sort of having these populations that live on weird soils,” she said.

For Tiehm’s buckwheat, it’s lithium and boron that make the soil weird.

But now, the very things that led the rare plant to evolve threaten its existence.

“If we treasure life on this planet and kind of think about all the different ways there is to live on this planet, Tiehm’s buckwheat occupies this very unique niche in the world,” Fraga said. “There’s a lot we can learn from it in terms of how it lives in this extreme soil that’s highly mineralized.”

For Donnelly, protecting Tiehm’s buckwheat is “not just about some obscure flower on the hillside somewhere. It’s really about stopping this extinction crisis that threatens our own existence.”

The wildflower was initially discovered in 1983 by Arnold Tiehm, now the herbarium curator at the University of Nevada, Reno. He wrote for The Nature Conservancy in the early ‘90s that the species met the criteria to be listed as endangered, he said, but nothing happened until the lithium mine was proposed in the area.

“To really be endangered, there has to be a threat. Right? That’s the way I look at it,” he said. “So it was the threat (of the mine) that got the whole ball rolling on this.”

Local Cattle Add to Pressure from the Global Energy Transition

Snow had recently fallen when Donnelly, from the Center for Biological Diversity, visited the buckwheat’s habitat on Jan. 3, and the tracks of cattle were “clear as day,” he said. In its decision to list the species as endangered, USFWS said “livestock grazing has the potential to result in negative impacts” on individuals of the species and the entire population.

Donnely followed the tracks until he found seven cows grazing on the land, which is part of BLM’s Silver Peak livestock grazing allotment. Currently, only about 20 percent of the full allotment is active and the buckwheat’s critical habitat is supposed to be protected within it.

Six days later, the Center filed an intent to sue the Bureau of Land Management with the agency’s director and the Secretary of the Interior, which oversees the BLM, for the destruction of the buckwheat’s habitat.

The CBD will officially file suit 60 days after it gave notice of its intent if BLM does not remedy the situation. The Center also demands that the BLM “immediately commence consultation” with USFWS to determine the next steps the agency needs to take to protect Tiehm’s buckwheat.

A BLM spokesperson declined to comment due to the pending litigation.

The USFWS has designated 910 acres—900 more than those where the plant has been documented—as critical habitat for Tiehm’s buckwheat. Donnelly said that entire area needs to be protected.

“Native plants are an essential component of biodiversity,” Donnelly said. “And biodiversity is what gives us clean air to breathe, clean water to drink and what puts food on our plates. Tiehm’s buckwheat is an important piece of that.”

A Rare Plant Getting Rarer

In 2021, Fraga conducted a study that counted a total of 15,757 Tiehm’s buckwheat plants, a decline of nearly two thirds from 43,921 that were in existence just two years earlier. The wildflower proliferates over the small landscape where it grows, but that makes it especially vulnerable to being trampled by cattle or humans. Cattle can also track in invasive species of weeds that outcompete the buckwheat and damage the area’s soil.

While the BLM allows grazing in the area, last year “the permittee agreed to move the livestock west of the subpopulations to avoid any further impacts to Tiehm’s buckwheat,” according to Fish and Wildlife’s ruling.

The agreement was “basically meaningless,” Donnelly said. The area is open range and nothing stops cows from wandering into the Tiehm’s buckwheat habitat.

“It’s a voluntary measure,” he said. “And conservation of endangered species is not a voluntary thing. It’s the law.”

Tiehm said he isn’t as convinced cattle grazing is a big threat to the buckwheat he discovered. The land there is mostly barren, wide-open desert with not much water on the surface, he said, so cattle are unlikely to linger there for long.

“The plant occurs on these light-colored outcrops which have lithium and boron in them,” he said. “And there’s only a couple of other plants that occur with it. It’s surrounded by shrubs and things that livestock can find to graze on, but actually where the plant is there isn’t anything to graze on.”

He and Donnelly, however, agree that the mine as proposed poses a clear threat to the species.

The efforts to protect the wildflower may seem arcane to people, Donnelly said, but “rigorously enforcing the Endangered Species Act is important for all endangered species.” 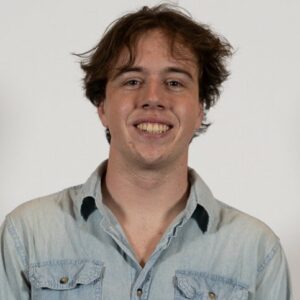 Wyatt Myskow covers environmental news in the Western U.S. from Phoenix as the Roy W. Howard investigative fellow. Wyatt graduated from Arizona State University with his bachelor’s degree in journalism and has previously reported for The Arizona Republic, The Chronicle of Higher Education and The State Press. He has covered local government, development news, education issues and the COVID-19 pandemic.

Powering Electric Cars: the Race to Mine Lithium in America’s Backyard

By Aime Williams, The Financial Times 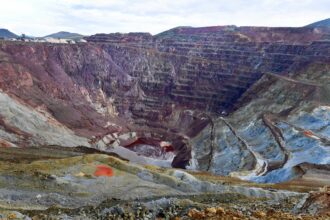 As the US Rushes After the Minerals for the Energy Transition, a 150-Year-Old Law Allows Mining Companies Free Rein on Public Lands