A year after BP Plc’s underwater Macondo well ruptured and sparked an explosion that killed 11 rig workers and spilled nearly 5 million barrels of oil into the Gulf of Mexico, the U.S. Interior Department’s offshore drilling arm is still rolling out new regulations to address key risks.

“We do not plan to fail,” said Michael Bromwich, director of the Bureau of Ocean Energy Management, Regulation and Enforcement, the new regulatory agency that grew from the U.S. Minerals Management Service, which was overhauled after being widely criticized as inept.

After the Obama administration called a months-long full-stop on new U.S. deepwater drilling to review safety rules, regulators have begun issuing permits that include new plans for deepwater operators to have access to spill-containment systems that could cap a runaway well.

Critics say the potential remains for another spill.

“Many holes still exist in our offshore oil drilling safety regime, and another spill could happen again,” said Rep. Edward Markey, the Massachusetts Democrat who has called for a review of fail-safe devices known as blowout preventers.

The new U.S. safety regulator is handicapped because Congress has yet to pass legislation that would impose higher fines for accidents, Markey said.

Markey also pointed to regulatory gaps for blowout preventers — a 450-ton series of valves and hydraulic rams in place at all U.S. deepwater wells that are designed to clamp down and create a seal in the event of a blowout.

While new rules have raised the bar on safety for U.S. offshore drillers, more work needs to be done to prevent another major spill, said J. Robinson West, the chief executive of PFC Energy, an energy consultancy in Washington that counts BP among its clients.

“I would argue that we really, actually haven’t learned very much,” West said.

The Case for “Safety Case”

The British response to a drilling disaster in its own waters in 1988 may provide a template for U.S. regulators.

After an explosion and fire on the Piper Alpha oil platform killed 167 workers in the North Sea, UK regulators shifted much of the responsibility for identifying and fixing drilling risks to the companies.

That system — known as “safety case” — places the onus on companies to mitigate risks as technology progresses, while relying on the government to enforce the company plans.

A similar regime in the United States would acknowledge the funding and staffing limitations of the country’s offshore drilling agency, West said.

“The problem is, how do you sustain this program with the constant changes in technology — the scale and complexity of this,” West told Reuters. “To insist that a little regulator is going to control this, it’s just unrealistic.”

A key failure in last year’s disaster was the fail-safe device that was supposed to act as the rig’s last defense against a catastrophic spill.

An off-center pipe stopped the rig’s blowout preventer from sealing the damaged well, according to a forensic review by Norwegian company Det Norske Veritas.

Bromwich said on Tuesday his agency would request public input on possible changes to rules for blowout preventers and other drilling issues next month.

Other new standards range from requirements for third-party certification of critical rig equipment to mandates that companies prove they can handle a major spill.

Charlie Williams, a chief scientist at Shell, said new rules for blowout preventers would almost certainly encompass requirements for blind shear rams — devices designed to help seal a well — and call for more pressure gauges and other instruments to measure conditions inside the equipment.

Williams said the department had to be careful not to introduce new risks with its standards. “These are incredibly big, complicated devices, so we’re going to have to be deliberative in improving the devices,” he said. 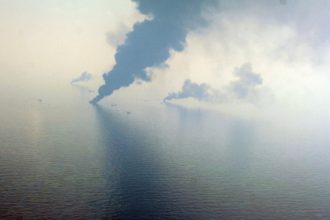 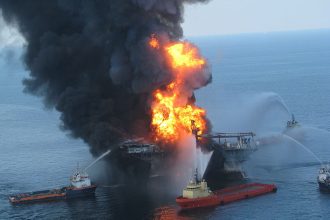