On the world stage, the most significant stroke of the pen President Joe Biden used to start rebuilding U.S. climate policy after his inauguration was his formal declaration that the nation would rejoin the 2015 Paris climate agreement.

The climate crisis, he said in his inauguration speech to a global audience, is one of several big challenges facing the United States and the world during a “winter of peril.”  Future generations should be able to look back at us and say, “They healed the broken land,” Biden said.

Coming back to the climate pact is the easy part—after a 30-day wait, the U.S. regains a full seat at the negotiating table. But meeting the Paris agreement’s target of capping global warming under 2 degrees Celsius (3.6 degrees Fahrenheit) is exceedingly difficult, with or without the United States.

So far, the pledges made under the agreement to cut greenhouse gas emissions don’t add up to nearly enough to keep warming below that level. Despite the accelerating clean energy revolution, the world right now is still headed for as much as 3 degrees Celsius (5.4 degrees Fahrenheit) of warming by 2100, which would swamp shorelines with up to two feet of sea level rise, and further intensify deadly heatwaves and droughts.

By the time Biden’s climate team heads to the next global climate summit, COP26 in Glasgow next November, participating nations will be looking for ways to make even deeper cuts in greenhouse gas emissions to reach carbon neutrality by 2050, a key step toward meeting the goals of the pact. The European Union, Britain, Japan and South Korea have already set that target, and China is aiming for 2060.

To regain credibility in those global climate talks, the United States needs to develop a realistic plan to decarbonize in the next 30 years, a panel of climate policy experts said Tuesday.

A robust domestic climate policy is the first step in that direction, said Kelly Sims Gallagher, an energy and environmental policy professor at Tufts University, after discussing the prospects for the Biden administration’s climate policy at a webinar hosted by the Columbia University Global Center on Global Energy Policy.

“The United States needs to approach foreign policy on climate with a dose of humility because, to the rest of the world, the United States has not honored its commitments. It withdrew from the Paris Agreement, it is not on track to achieve its 2025 climate targets, did not double clean energy R&D investments as committed, and it did not fulfill its climate finance pledge to the Green Climate Fund,” she said.

How the Biden administration will do all that is one question, but understanding the “why,” from an international point of view, is equally important, said Safwan Masri, executive vice president for Global Centers and Global Development at Columbia University. That goes beyond elections, policy or treaties and deeply to the core of human moral and ethical values, he said during the webinar.

The world, including the United States, needs to implement the Paris agreement to start repairing the damaged planet, and to live up to our responsibility to future generations, he said.

The climate crisis is a clear sign that “nature is, in fact, exhausted,” he said. “Before our eyes, we are witness to the melting of glaciers, the rise in temperatures, and deforestation so widespread it can be tracked from space. Do we have an obligation, a moral obligation, to reverse or change what we have wrought?”

The answer is yes, if we recognize “that future generations have moral standings as well,” he said. “Everything that we experience on this planet is impacted by the quality of our environment—how we live, what we eat, what we can do for a living. It drives migration, war, disease. As such, we have environmental obligations, which if we ignore is at our collective peril.”

Once we acknowledge our environmental obligations, it affects “all areas of ethics,” including global justice, he said. “If one considers how climate change will affect people throughout the world so differently, affecting individuals’ homes, sanitation, resistance from disease, ability to earn a living and so on, it is clear that consideration of the environment is essential to such questions of justice.”

But Gallagher emphasized that the U.S. sets its own goals under the Paris agreement.

“No other country tells the United States what to do and vice versa,” she said. “The United States determines its own targets” under the Paris agreement. And regular reviews mandated by the agreement show that, by “almost any metric, most major emitters (including China) are doing as much or more than the United States, whether in adding renewable energy capacity or reducing emissions.”

No nation should be investing in coal power plants anymore if we’re serious about reaching the Paris agreement’s temperature goals, Gallagher said, but some developing countries want them and China is actively providing financing for such fossil fuel-powered electricity projects. Regaining a measure of credibility on the global climate stage would empower the U.S. to encourage such countries to invest in renewable, rather than fossil, energy, he said.

The Biden administration will bring a greater sense of urgency to climate policy, including global climate targets, said Jason Bordoff, who founded Columbia’s Center on Global Energy Policy after serving as energy advisor in the Obama administration.

Biden’s team recognizes “how much time has been lost, how much steeper the climb to reach the Paris climate goal is,” and also that devastating impacts of global warming are here right now, Bordoff said during the webinar. People all over the world need to help each other as best they can with money, technology exchanges or financial tools, he added, and social justice and equity have to be at the heart of those endeavors.

Re-joining the Paris agreement is anteing up “table stakes” to get in the game, he said, but he anticipates the Biden administration making a raise—“a significant diplomatic effort to accelerate the level of ambition” at a global scale.

Climate policy will be integrated with trade policy, and carbon pricing will be part of that equation, including “how to use trade rules to treat things differently” based on their carbon footprint, he said. Some countries are already planning a global carbon tariff system that would financially favor low-carbon economies. High emitting countries could be at “risk of being the target” of carbon taxes, he added.

International nuclear policy will also factor into the administration’s climate agenda,  Bordoff said. He expects Biden will focus on rebuilding U.S. nuclear leadership, partly because of national security and partly because of the widely-anticipated need for atomic energy to replace some of the fossil fuels used in electricity generation.

“Right now, China and Russia are leading and setting the rules and norms” on some nuclear issues, he said. The U.S., as a leading atomic power, must regain influence over the direction of global nuclear policy, he added.

U.S. climate policy under Biden will also be linked to international security and defense policy. For instance, security policy in Iraq may not be effective unless it considers water scarcity, heatwaves and that nation’s drop in oil revenues due to the transition away from fossil fuels, he said.

Globally, key U.S. climate policy partners like the European Union and Australia are welcoming Biden’s return to the Paris agreement, but are cautious about how quickly it will be able to accelerate climate action given the obvious rifts in the nation and its government surrounding the issue.

“I welcome the return of the United States to the Paris Climate Agreement: Welcome back!” French prime minister Emmanuel Macron wrote on Twitter. “It is together that we can succeed in meeting the challenges of our time. It is all together that we can change the climate situation by taking action for our planet.”

If the Biden administration’s climate policy does gain traction, it could play out in some unexpected ways. Trump’s antagonistic position on climate action meant the U.S. took the brunt of international criticism for inaction on global warming during the last four years, Monash University energy policy expert Jim Orchard wrote this week in The Conversation. But other countries, including Australia, are lagging on meeting their own goals under the Paris agreement. The Biden win “means that Australia’s perceived lack of climate ambition will come under greater international scrutiny,” he wrote.

Rejoining Paris doesn’t solve the climate crisis, Bordoff, at Columbia, emphasized, and robust domestic policies will be critical to the global agreement’s success. “To get to a decarbonized economy, and to work with the rest of the world toward that goal, I think we’ll need comprehensive legislation,” he said. “It can come in different forms, like energy standards, or caps on emissions.”

One lesson from the previous see-saws in U.S. climate policy is the challenge of  making such policies, and international engagement, durable over time, recognizing political control in the U.S. will shift again. That requires “Building a public sense of concern and urgency that keeps support for those policies regardless of which party is in power.” 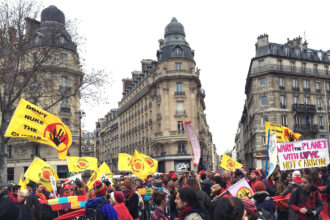 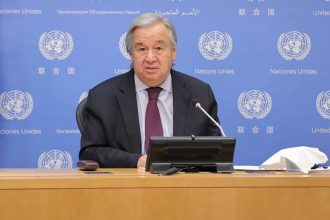