The federal government said Tuesday it will study a critical question in the battle over oil pipelines carrying Canadian diluted bitumen: Are spills involving dilbit more dangerous to people and the environment than leaks of lighter traditional oil?

In recent years, dilbit spills in Michigan, Arkansas and elsewhere have provided convincing evidence on the subject, but researchers are still working on definitive scientific studies that would translate those examples into broader conclusions about the risks of dilbit.

The disastrous effects of those spills—and fear that future spills could foul aquifers and vital waterways—have inflamed opposition to dilbit pipelines across the country. It’s one of the issues in the years-long debate over TransCanada’s partly built Keystone XL pipeline, a project that would carry more than 800,000 barrels per day of dilbit from Canada to the Texas Gulf Coast. The controversial project still lacks the required presidential permit for the segment stretching from the U.S.-Canada border through Nebraska.

News of the study came during questioning at a Congressional hearing held Tuesday to review the progress by the federal Pipeline and Hazardous Materials Safety Administration (PHMSA) toward fulfilling mandates included in the 2011 pipeline safety act.

“As a part of our 2014 budget, there was a requirement that we do a further study to evaluate whether dilbit spills are more risky than spills of other crudes,” said PHMSA Administrator Cynthia Quarterman. “We are in the process of finalizing a contract with the National Academy of Sciences to do that study.”

Keystone XL opponent Jane Kleeb said she had given up hope that PHMSA would examine the health and environmental risks and ramifications posed by dilbit pipelines.

“We know that they want to do a whole range of programs and studies,” said Kleeb, director of Bold Nebraska, a citizens group fighting the Keystone XL. “But they don’t have the resources or the staffing to do them, so I never expected a water study. I’m very happy that PHMSA took this step.”

AMEN http://t.co/X7Xt9Uj7Bz PHMSA is doing a study on what happens when tarsands spills into water. FINALLY. #nokxl

After the hearing, representatives from PHMSA and the National Academy of Sciences said they have not signed a contract for the study and that they haven’t worked out key details, such as what questions will be asked, how the study is conducted and who will be on the study panel.

“We’re in the very early and informal stages,” said Lauren Rugani, spokeswomen for the National Academy of Sciences, in an interview. Because of the lengthy pre-study process, which includes hashing out the study’s goals and selecting a committee of experts, it may take six months or a year to get the study started, she said.

“I think it is a great thing—although I may change my mind once we see who gets appointed to the panel for the study,” said Carl Weimer, executive director of the Pipeline Safety Trust, a nonprofit watchdog group. Including people from research organizations already studying the subject, such as the National Oceanic and Atmospheric Administration (NOAA), the University of New Hampshire’s Center for Spills in the Environment, and others, would bolster confidence in the study’s results, Weimer said.

The caution from Weimer reflects the widespread disappointment among consumer groups over the limitations imposed on an earlier dilbit study. That study, also conducted by the NAS for PHMSA, stemmed from a requirement in the 2011 pipeline safety act that directed PHMSA to analyze whether pipelines carrying dilbit create additional risks and to review its pipeline regulations. The goal was to make sure current rules are “sufficient to regulate pipeline facilities used for the transportation of diluted bitumen.”

Ultimately, the NAS study merely reviewed existing literature to determine if dilbit had properties that made a pipeline more prone to leaking—through internal corrosion, for example—compared to similarly heavy Canadian crude oil. The answer to that question was no, the study concluded last year.

Oil industry groups, oil sands producers and Keystone XL backers have hailed the study results as proof that dilbit is no more risky than conventional crude oil. Weimer and others have criticized the study for relying on literature that included oil company data and industry-funded research, for not comparing dilbit with the lighter conventional oil that most U.S. pipelines were built to carry, and for sidestepping the question of whether the ramifications of a spill are different for dilbit.

Some differences have already become apparent.

The July 2010 rupture of an Enbridge pipeline near Marshall, Mich., for example, released more than a million gallons of dilbit that spilled into a nearby creek and the Kalamazoo River. Cleanup crews quickly discovered that the damage could not be contained using their usual system of capturing the oil on the water surface. They learned that dilbit contained a mixture of light oil-thinning chemicals and heavy tar-like bitumen, which sank to the river bottom after the chemicals evaporated.  Almost four years later, damage from the spill has exceeded $1 billion, and the cleanup is ongoing.

An InsideClimate News investigation of the accident—”The Dilbit Disaster: Inside the Biggest Spill You’ve Never Heard Of“—won the 2013 Pulitzer Prize for National Reporting.

Subsequent spills and research have highlighted other ramifications of dilbit exposure. But it’s also become clear that the effects on people and the environment are highly variable and dependent on the type of bitumen, the kinds of diluting liquids used, as well as where the spill occurs, the type of soil involved and whether the affected water is moving or still. Under some circumstances, dilbit will float, and in others, it will sink.

The new study could help fill those information gaps. Among the unanswered questions: Should there be special rules for pipelines carrying dilbit? What changes should be made in prevention and spill response plans for pipeline companies and local communities where spills could occur?  Does cleanup require special equipment and methods? Do evaporating dilbit chemicals create immediate or longer term health hazards that are different from other crude oil?

Gary Shigenaka, a NOAA marine biologist and expert in oil spill effects, is among those grateful that PHMSA is launching the new study.

“I’m hoping their study will really help us understand more about the risks [of dilbit],” Shigenaka said in an email.

But, he added, “everything kind of depends on how PHMSA designs the parameters of their study. The NAS will be eminently qualified to answer whatever questions are posed—but who’s posing the questions?” 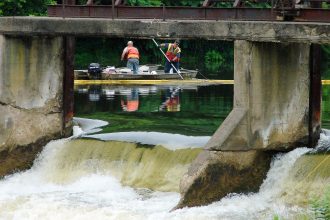 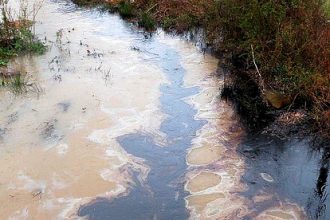