Ambitious efforts to reform the World Bank’s energy lending policy — expected to be completed in mid-July — have stalled. The main sticking points are centered on loans for coal-fired plants and the reporting of greenhouse gas emissions, observers say.

Two years ago the World Bank launched a review process of its “Energy Sector Strategy” in the face of pressure from the United States, Europe and advocacy organizations over the bank’s coal lending in developing countries.

The goal was to create a blueprint for a cleaner energy future that would bring electricity to the estimated 1.4 billion people who have no power without aggravating climate change.

The impact was expected to be profound, due to the influence the World Bank wields in developing countries, and in financial and political circles worldwide.

Though the bank is not the only financing option for energy projects in poorer nations, its adoption of a policy that favors clean power over coal could persuade other powerful institutions to do the same, observers say, perhaps changing the course of the global energy future.

Even though the bank has amped up its renewables lending in recent years and become a major conduit for funds to help poor countries brace for global warming, calls for a new lending strategy became increasingly urgent over the past year, particularly after it approved a $3.75 billion loan to South Africa utility Eskom to help build a 4,800 megawatt coal plant.

The loan brought the World Bank’s fossil-fuel lending to a record high of $6.5 billion in 2010, at a time when leading climate experts agree that carbon emissions must be reduced.

Despite the heightened pressure, efforts toward the new policy — which would replace an existing decade-old strategy — have recently slowed to a crawl.

“As of now, it’s in limbo. And we have not heard any concrete information from anybody — whether at the bank or at Treasury or anywhere else — as to when the strategy will move forward,” said Justin Guay of the Sierra Club’s International Climate Program.

Guay said informal internal meetings are taking place at the institution, but that “there is no timeline, and it is unclear what they will lead to, but at least there is a process.”

A source from a non-governmental organization who asked not to be identified said his group was informed in a recent meeting with the U.S. Treasury Department — which leads White House engagement with the bank and the office of the U.S. executive director to the World Bank — that the process was at a standstill.

“They basically told us it was stalled, and it isn’t certain what will happen from here,” the source said. “We asked what we could do and [they] told us to just wait, and that we would know when something happened.”

The Treasury Department declined to comment for the story.

The logjam, observers say, is the result of a rich-poor rift among country representatives on the bank’s board. In short, most rich countries want more restrictions on coal loans and stricter carbon accounting requirements, while poorer states oppose both positions.

The rift deepened three months ago, when a draft strategy scheduled to be completed and discussed on April 11 by the Committee on Development Effectiveness (CODE), a subcommittee of the bank’s board of directors, was leaked prior to the meeting and obtained by ClimateWire.

The draft said the bank would ban new coal plant investments in middle-income countries, such as India and South Africa. It would still issue loans for coal facilities in the poorest countries, though, but only in cases where the plants would “significantly” increase energy access or where more expensive, cleaner alternatives had been ruled out.

The draft also proposed that the bank would start conducting analyses of the greenhouse gas emissions of all “new power generation projects” beginning in fiscal year 2012. Within two years it would do the same for “other energy investment projects once methodologies have been developed.”

Leading emerging economies, including China, Brazil and India, along with wealthy Saudi Arabia and Kuwait, disapproved of the draft on grounds that the World Bank should not intervene in a country’s energy decisions. The nations also took issue with the greenhouse gas accounting rules, which they feared would impose additional costs on energy projects.

They all sit on the CODE subcommittee charged with approving the draft.

The U.S. and most European states have stood by the proposed strategy, while advocacy groups, such as the Bretton Woods Project, felt the new rules did not go far enough to avoid new coal projects and ensure that energy dollars would flow to those communities most in need.

Advocates also complained that there were no new restrictions on oil or gas lending, and that the strategy counts large hydropower projects, which can have a broad impact on land and water resources, as “clean” power.

Originally, the final draft strategy was to go to the board for approval on July 14. That meeting was scrapped. Now, the document could go back to the CODE subcommittee or directly to the board of directors, but no date for either event has been announced.

The Washington, D.C.-based NGO Bank Information Center told SolveClimate News that for the plan to advance countries would lneed to adopt compromise language on the two stickiest issues — the coal ban and greenhouse gas emissions.

The Sierra Club’s Guay agreed. “There is not a lot of desire to touch any issues outside of those two,” he said. “But it is hard to see an outcome where there is a change in the language on those [two issues] without some kind of give and take. It’s an internal rift on the board and I think there is not a clear understanding of exactly how to move forward … on both sides.”

In a statement to SolveClimate News, a World Bank spokesperson said: “[CODE] is now reviewing the draft energy sector strategy for the organization. The strategy document will be posted on the website when this review is completed.”

The goal to provide access to electricity for the world’s poor while not increasing CO2 emissions has been a tricky balancing act for the World Bank for a while, and it doesn’t appear to be going away.

Among other projects, the World Bank is considering supporting a 600-megawatt power plant in energy-starved Kosovo fueled by the country’s reserves of lignite, a low-grade coal that is considered a particularly dirty fuel.

Some experts believe that Kosovo, Europe’s poorest country, may have no other options for closing its electricity gap.

But advocates have criticized other recent bank-funded energy projects for not upholding their promise to bring electricity to the poorest communities. The Eskom-owned Medupi plant in South Africa, for instance, has been regularly accused of not doing enough to deliver power to the country’s poor.

An April report from seven environmental and World Bank advocacy groups argued that projects constructed in the name of alleviating energy poverty often do not. “Rather than increasing energy access, the controversial Medupi coal project will create very cheap electricity for mining companies, while making the poor pay rates that are four to seven times more than industry,” it said.

Similarly, a May report from Oil Change International, ActionAid International and India’s Vasudha Foundation said that only 9 percent of the Bank’s energy portfolio in fiscal years 2009 and 2010 was aimed at increasing energy access for the world’s neediest.

The World Bank maintains that it has helped bring nearly 8 gigawatts of power to 24 million people in the world’s poorest countries through new plants and transmission and distribution networks.

Further, amid the barrage of criticism, the institution’s lending for renewable energy and energy efficiency has surged over the past two years.

The bank’s renewables financing shot up 227 percent from 2008 to 2010, while energy-efficiency funding rose 60 percent over the same period, according to separate analyses by the bank and the NGO Bank Information Center.

Guay commended the clean energy progress but said approval of the bank’s new energy strategy is crucial to continue these gains.

“Without unambiguous guidelines that say the bank will not fund fossil fuels, any positive strides that they have made toward renewable energy lending will always be undercut by the fact that they are willing to lend for coal plants,” he said. 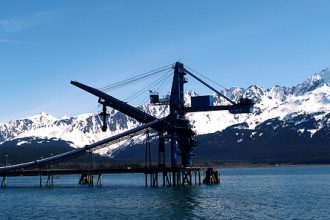 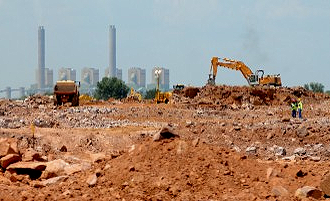