The main federal program that coordinates climate research has achieved major accomplishments and deserves continuing support, according to a new review by the National Academy of Sciences.

Its analysis of the United States Global Change Research Program, which coordinates research by 13 federal agencies and departments, reads as a vigorous defense of the program’s work. It comes just as those agencies’ research faces intense scrutiny by the Trump administration and the Republican-controlled Congress.

As the effects of climate change become even more apparent in coming years, the NAS recommended that the program “build on its accomplishments by sustaining, expanding, and coordinating observations of the Earth system and maintaining a balanced program of discovery-driven and use-inspired research to support the needs of the nation at local, regional, national, and global scales.”

The academy’s charter is to advise the government on sound science policies and its report comes one month into a new administration that has expressed skepticism about some of the program’s core findings. Republicans in Congress have also targeted funding for some of the research it oversees.

President Donald Trump’s nominees issued a range of carefully constructed comments about climate change during their confirmation hearings, often hedging when asked about humanity’s role in driving global warming or what ought to be done in response.

Earlier this month, Rep. Lamar Smith (R-Tex.), chairman of the House Science, Space and Technology Committee, said he would like to cut NASA’s Earth science and climate change research budget.

The Global Change Research Program was established by law in 1990 to help oversee research into “human-induced and natural processes of global change.” Its primary activities today are to coordinate the various federal agencies involved in that research and to synthesize their findings for the public and policymakers. The program’s chief product is the National Climate Assessment, a comprehensive report published every four years. The next assessment is due next year.

Over 25 years, the program has produced an enormous body of research, much of which has had a practical impact on Americans’ lives, the new report said. Research on the cycling of carbon, nitrogen and other elements, for example, has helped farmers use fertilizer while minimizing the environmental impacts of runoff into waterways. Work on climate change’s effects on precipitation and evaporation has led to improved drought forecasting. Other research has improved understanding of heat waves and their effects on human health, which has led to fewer deaths.

The program has also chronicled a substantial increase in the intensity and frequency of heavy precipitation events, which are projected to continue increasing in many regions. The increase in rainfall intensity has been especially significant in the Northeast.

The report noted that the program faces challenges, however, including a lack of authority over the agencies it works with and “a lack of sustained funding and commitment to data resources.”

Some former employees have expressed concerns that the Trump administration may target the program or the National Climate Assessment, according to a recent report by E&E News. In its last act on the issue, the Obama administration in December released a scientific review meant to inform the next assessment, which it said “remains a critical resource for the Nation.” 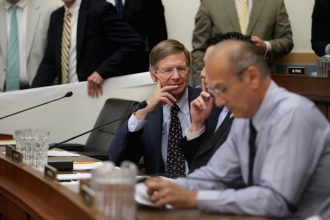 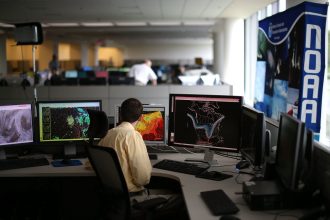