Logging bans and monitoring programs China put in place 16 years ago have led to a significant expansion of forest cover in the country, according to an independent analysis published Friday in the journal Science Advances. While the study is good news for China’s forests, it may have helped fuel deforestation elsewhere, experts say.

China’s forest cover increased by more than 46,000 square miles between 2000 and 2010 according to the study, which was based on satellite data and field data collected in China.

“This is one of the most successful conservation programs in China,” said study co-author Jianguo Liu, director of Michigan State University’s Center for Systems Integration and Sustainability. “There are a lot of devastating environmental problems in China like air pollution and water pollution. This is kind of the exception.”

China spent $14 billion on forest protection in the first decade of the 21st century. It monitored illegal logging and paid subsidies to residents in

forested areas to help reduce their dependence on timber.

“In the past, a lot of times the government just said ‘Well, you cannot do this, you cannot do that,'” said Liu, whose group has been doing research in China for the past two decades. “But people have to survive. They have to feed their children and heat their house in the wintertime. So I think those subsidies are very beneficial.”

Destruction of the world’s forests accounts for about 10 percent of the world’s global warming emissions. Forests are potent carbon sponges, so ending the burning and razing of trees and allowing the damaged forests to recover could deliver as much as 40 percent of the emissions cuts needed to keep warming within 2 degrees Celsius.

The study found that forest cover significantly increased over 1.6 percent of China’s territory, or 60,700 square miles, between 2000 and 2010. During the same period, 0.4 percent of the country’s territory, or 14,400 square miles, experienced a significant forest loss. The Natural Forest Conservation Program is still in place and continued forest cover growth is expected, Liu said.

While China regrows its own forests, however, the country’s timber imports have led to significant deforestation elsewhere.

“They are overwhelmingly the world’s largest and most aggressive consumer of timber,” said William Laurance, director of the Centre for Tropical Environmental and Sustainability Science at James Cook University in Cairns, Australia. More than half of the timber shipped anywhere in the world is destined for China, Laurance said, using figure from a Greenpeace International report that is cited in commentary he published in the journal Science.

In their study, Liu and colleagues conceded this point. They said China’s conservation policy may be exacerbating forest degradation, through both legal and illegal logging, in other regions including Southeast Asia and Africa. “At least some of the carbon sequestration in China’s forested areas may have come at the cost of carbon emissions elsewhere,” they write.

Liu added, however, that other countries share the blame—especially the United States. “China uses a large proportion of those forest products imported from other countries to make furniture for developed countries like the U.S. and many countries in Europe,” he said. It’s the same story with China’s soaring fossil-fuel consumption and emissions. As much as one-third of China’s carbon pollution can be traced to exports of cheap clothes, electronics, machinery and other goods consumed by Americans and Europeans, studies have shown.

Laurance added that from a biodiversity and climate perspective, the forest regrowth represents mixed results because many of the trees that have been planted are not native to the country. In addition, many of the new trees are part of single-species plantations, often replacing biologically diverse forests.

“What they’ve been doing ironically is clearing a lot of native forest and planting rubber trees,” Laurance said. “If you go to southern China what you see is just huge areas of native forest being mowed down and planted with rubber.”

Liu said he doesn’t know if the increase in China’s forests and the decrease in forests elsewhere has had a net benefit or loss for global carbon sequestration.

“You need to find out where the timber comes from, how much timber from which country and even when you’ve identified the country, you need to know where the forest was that was deforested,” he said. “Different forests have different amounts of carbon. I think this is something that is very important to know and at this moment we just don’t have precise numbers.”

Liu said he and his colleagues did not consider species diversity in their current study. He hopes to in future studies and agreed with Laurance’s contention.

“If they want to plant more trees, then they need to use more species of trees, and also more native species,” he said. “If you just look at forest cover, that’s not enough. We need to really look at forest structure, the composition of the forest and the quality, not just the quantity.” 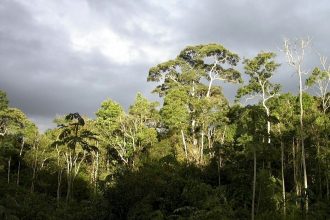 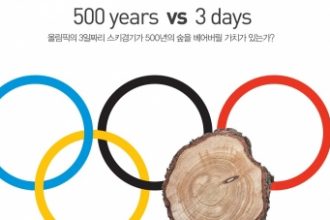