More than 300 climate activists swarmed the Louisiana Superdome Wednesday morning to protest a federal auction of oil and gas drilling leases in the Gulf of Mexico. The action was part of the larger “Keep It in the Ground” movement aimed at stopping new fossil fuel production on publicly owned lands and waterways.

The protesters—environmental justice and climate leaders, college students, community organizers, tribal members and pastors—massed in the morning outside the Superdome in New Orleans, waving signs and banners and erecting climate-related art displays. About 100 demonstrators then marched in the stadium and into the auction room, chanting: “Don’t auction our climate. The people won’t be quiet!”

“We want to stop these lease sales,” said Cherri Foytlin, a local environmental activist who helped organize Wednesday’s event. “As long as these leases go through, [industry] is tying us to an archaic economy and an archaic way of doing things that is destroying our earth.”

The New Orleans rally was the latest in a string of protests targeting federal onshore and offshore oil and gas leases. Activists have ramped up these protests in recent months, targeting auctions in Colorado, Nevada and Utah.

Campaigners including Rolfes stayed until the end of the auction, which proceeded as planned despite the disruption, and then joined the growing crowds outside; there were no arrests. By the auction’s end, the government received $156 million for bids covering 693,962 acres. Bids were submitted before the auction.

“Today we sent a message to the oil industry,” Rolfes said from outside the Superdome.

The New Orleans protest came a week after the Obama administration announced its new draft plan for offshore oil and gas leasing, which declared the Atlantic Coast off limits to drilling over the next five years. The same plan left open the door to drilling in Arctic waters off Alaska and allowed continued leasing in the Gulf of Mexico.

The Gulf “is the next front in the fight,” Rolfes said. While there’s been pushback against drilling in the Atlantic and the Arctic, this is the first time in the Gulf “we are finally pushing back,” she said.

Activists sent a letter last week to President Barack Obama asking him to cancel the Bureau of Ocean Management’s Gulf of Mexico lease sales of approximately 45 million acres for future oil and gas exploration. “An end to new leasing would keep up to 450 billion tons of carbon pollution in the ground and further cement your administration’s commitment to a better future,” they wrote.

Another oil and gas lease sale for tracts in the Gulf is scheduled for later this year.

According to Foytlin, attempts to engage with the oil industry and government officials on issues such as stopping spills and repairing old infrastructure have resulted in little action. “Now this is really the only option we have left, as far as I am concerned,” Foytlin said. “I’m willing to lose my freedom for that.”

Foytlin said she and many others came to the protest prepared to get arrested for attempting to stop the auction.

The Bureau of Ocean Management “respects the right of peaceful protest and welcomes the public” to Wednesday’s sale, spokesman John Filostrat told InsideClimate News in an email.

Climate activists have stepped up civil disobedience campaigns in recent years to draw attention to their demands to stop new fossil fuel infrastructure projects; 1,200 people were arrested at an anti-Keystone XL oil pipeline protest at the White House in 2011.

Interfering in fossil fuel lease sales is a tactic made famous a few years earlier. Back in 2008, activist Tim DeChristopher disrupted an oil and gas auction in Utah by successfully bidding $1.8 million—money he didn’t have—for leasing rights to drill on 14 parcels of land. DeChristopher was charged by the U.S. Department of Justice with a federal felony and spent 21 months in prison.

More recently, activist and author Terry Tempest Williams and her husband, Brooke Williams, bought a parcel of federal land for $1,200 at an auction in Utah last month to prevent it from being drilled by energy companies for oil and gas. Federal officials had originally planned to hold the Utah leasing auction in November 2015, but delayed the event the day before it was scheduled due to planned protests. In addition to Williams and her husband, other climate campaigners attended the February lease sale, distracting auctioneers and bidders with their chanting.

Climate advocates will ramp up their efforts to stop future fossil fuel development this spring, with several actions planned worldwide in May as part of the “Break Free from Fossil Fuels” campaign.

“There’s a finite amount of capital that will be invested in energy projects in the next few years. It will be tragic if that’s invested in new fossil fuel infrastructure when it could be in renewables,” 350.org campaigner Jason Kowalski said. With actions such as the ones in Louisiana, “we want to make it very, very difficult for the fossil fuel industry to expand,” he added. 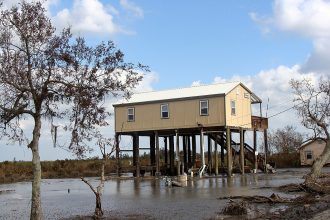 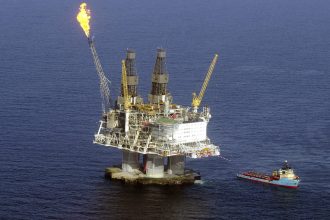