A few countries in cold climates, including Canada, Norway and Russia, likely benefited economically from global warming in past decades, while poorer countries closer to the equator suffered economic losses, a new study says.

The findings suggest that climate change exacerbated global inequality, causing the most economic harm to those who did the least to cause it.

But what the future will look like is less clear. Research has shown that over the long term, just about every part of the world will suffer as global temperatures rise.

The study looked at each country’s per capita GDP—the per-person value of the country’s economic activity—over several decades from as early as 1961 to 2010, and then used climate models to estimate what each country’s GDP would have been without the influence of global warming.

“India, for example, has approximately 30 percent lower per capita GDP today than if global warming had not occurred,” said Noah Diffenbaugh, the study’s lead author and an earth sciences professor at Stanford University. “In India there are hundreds of millions of people living below $2 a day. A 30 percent reduction in per capita GDP is substantial. That is the order of magnitude of the economic impacts during the Great Depression here in the United States.”

When the authors compared their findings across countries, they found the greatest harm to GDP in poorer countries closer to the equator, while a few northern countries showed a GDP gain compared to the model of a world without global warming. The study looked at changes from 1961 to 2010 for those countries with available data, and also from 1991 to 2010 when more national data was available. The United States showed a loss of less than 1 percent, according to the study.

The study, published Monday in the Proceedings of the National Academy of Sciences, did not discuss the mechanisms by which climate change affects these countries’ economies, though studies have shown how drought and increased temperatures have worsened living and working conditions in countries closer to the equator.

“Researchers and policy makers have been saying for many years that the greatest, most acute impacts of global warming are falling on populations least responsible for creating that global warming,” Diffenbaugh said. “We have quantified the effect.”

The study matches what is being observed in countries around the world, said David Waskow, director of the World Resources Institute’s International Climate Initiative.

“The findings here really are very much in line with what we have been seeing on the ground in terms of the impacts that particularly vulnerable countries have been facing and especially those that are lower-income countries,” Waskow said.

“We need to do a lot more to tease out what are the exact mechanisms that are leading to this loss of GDP,” he said. “I think we would have hunches, a good sense of what those mechanisms are, but obviously one wants to tie the pieces together.”

One recent study showed that even in the United States, economic disparities are projected to grow between warmer, relatively low-income regions in the south and cooler, relatively wealthy regions in the north. The specific drivers of the disparities identified in the study were agriculture, crime, coastal storms, energy use, human mortality and labor.

Questions About the Rich-Country Impact

Other experts in climate economics have questioned the strength of some of the conclusions.

Solomon Hsiang, a visiting scholar at Stanford’s Center on Food Security and the Environment, said “the finding that warming should have already harmed economic opportunities in poor countries is extremely important and almost definitely correct,” but he questioned whether the study could support a conclusion that rich countries had benefited, as well as some of the methods used in the analysis. He noted that previous research suggests that cold-climate countries might benefit from warming initially, but that the long-term harm means a net loss over time.

Wolfram Schlenker, a professor at Columbia University’s School of International and Public Affairs and the university’s Earth Institute, also said he thinks the study’s conclusions may be overstated. “A hot year might temporarily reduce GDP in a year, but it might rebound in future years,” he said.

The study’s methods and data, Schlenker said, offered certainty that “is only slightly higher than a coin toss.”

Diffenbaugh said that, even when accounting for economies that rebound in years following an abnormally warm year, the study found a 66 percent probability that global warming has increased country-level inequality globally. “That is statistically quite different from the flip of a coin that comes up half heads and half tails,” he said. 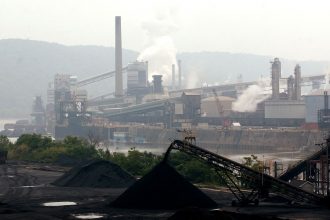 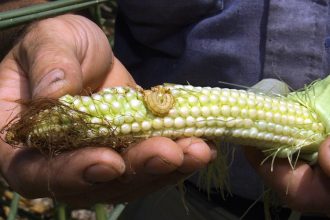 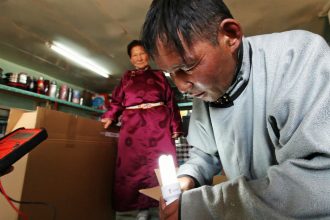