Global greenhouse gas emissions in 2020 will drop by 4 percent to 7 percent in 2020 because of the response to the coronavirus pandemic, but that decline won’t stop the continued overall buildup of heat-trapping carbon dioxide in the atmosphere.

The carbon dioxide level will continue to increase, “though at a slightly reduced pace,” according to the annual greenhouse gas bulletin, published today by the World Meteorological Organization. The impact on CO2 concentrations from pandemic-related economic disruptions is no bigger than the normal year-to-year fluctuations from natural ocean or plant cycles, the report concluded.

The bulletin is based on global average figures for 2019, but 2020 data from individual stations in the greenhouse gas monitoring network show that atmospheric CO2 continued to increase this year. At sampling sites on Mauna Loa in Hawaii, and Cape Grim in Australia, the average September 2020 CO2 concentrations rose by about 2 parts per million from the previous year, passing 410 parts per million for the first time on record.

That level of atmospheric CO2 is associated with a time in Earth’s past when the global temperature was 2 degrees to 5 degrees Fahrenheit warmer, and sea levels were 20 meters higher than today, said Oksana Tarasova, head of the WMO’s atmospheric research division.

“The 2019 global average level set a new record and when we started looking at 2020, the shutdowns had no impact on the concentration of greenhouse gases that have been accumulating for more than a century,” she said. The WMO projections for an emissions decline of 4 percent to 7 percent is based on a study by the Global Carbon Project, she added.

“Now you would say, ‘Wow, we were in complete lockdown, it felt like life was stopped,’ but the decrease for the year is only 7 percent at most,” she said. “But it is not surprising because we didn’t change anything fundamentally. It was basically business as usual. It shows how life is so deeply connected with emissions, with everything we do.”

Tarasova said the effect of the pandemic shutdowns was like reducing the flow of water into a bathtub. Even at a lower rate, the water keeps rising and the tub will eventually overflow, in the case of greenhouse gases past the goal of limiting warming to less than 3.6 degrees Fahrenheit (2 degrees Celsius).

Rather than focusing on the 2020 blip caused by the pandemic response, Tarasova said it’s important to realize that since 1990—a year often used as a reference because of early climate agreements—the warming power of greenhouse gases has increased by 45 percent, equivalent to adding a 3-watt light bulb above each square meter of the planet.

At the peak of economic shutdowns in the spring, daily CO2 emissions dropped by as much as 17 percent globally, but that still ends up as “just a tiny blip on the long-term graph,” said WMO Secretary-General Petteri Taalas. “We need a sustained flattening of the curve,” he said, adding that the CO2 increase from 400 ppm in 2015 to more than 410 ppm in 2019 was faster than any other five-year period on record.

The Greenhouse Gas Bulletin measures atmospheric levels of the main long-lived greenhouse gases: carbon dioxide, methane and nitrous oxide. Methane, shorter-lived but a more powerful heat-trapping gas than CO2, reached 877 parts per billion in 2019, which is 260 percent of the pre-industrial level. Nitrous oxide, which also depletes ozone, reached 332.0 parts per billion in 2019, 123 percent above pre-industrial levels.

The small emissions decline this year “won’t make a dent in the huge pool of CO2 that’s already in the atmosphere,” said Dave Reay, a University of Edinburgh climate scientist and director of Scotland’s Centre of Expertise on Climate Change.

“The big question is what happens next,” Reay said. “Do we go back to business as usual, or even to higher emissions as we stimulate our economy and blow right past the Paris climate agreement goals? Or do we recover in a green way that helps economies and lowers emissions at the same time?”

So far, the response has been a mixed bag, with signs of a serious commitment to low-carbon recovery in major industrial countries like France and Germany and a chance that President-elect Joe Biden could move the United States in that direction.

At the same time, there have also been big bailouts for fossil fuel companies and other polluting industries, with no green strings attached, Reay said.

At best, the pandemic pause could give countries time to develop Covid-19 recovery plans that incorporate aggressive carbon-cutting measures before the COP 26 climate meetings, which were postponed for a year. The goal for the international climate conference, now scheduled for November 2021, is for the world to establish more ambitious cuts than the initial pledges under the Paris agreement. Green recovery plans would help in that regard, he added.

“Putting money into renewable energy, energy efficiency and more sustainable agriculture is money well-spent,” he said. “We know we’ll get a good return on investments. All the science shows that. Recovery from the pandemic could be a global platform for sustained and ambitious climate action to reduce emissions to net zero,” Talaas added. He said a shift to a zero-carbon economy is feasible and affordable with today’s technology, and that the growing number of countries committing to the transition is encouraging. 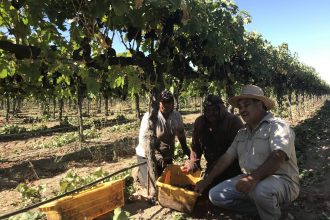 Luis Magaña Has Spent 20 Years Advocating for Farmworkers, But He’s Never Seen Anything Like This 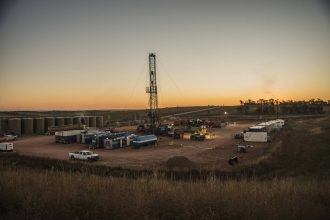 The $16 Million Was Supposed to Clean Up Old Oil Wells; Instead, It’s Going to Frack New Ones 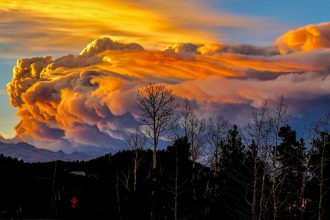