The hardest harvest season Luis Magaña has known in half a century in California’s San Joaquin Valley is winding down. Produce stands are getting boarded up, fields are clearing and farmworkers are scrambling for busboy jobs and day labor.

Magaña, 65, picked and planted in the valley for nearly 30 years before becoming a full-time advocate for farmworkers 20 years ago. He knows the seasonal patterns well, or did. Every year, for example, when harvest wraps up, he organizes a Day of the Dead commemoration in Stockton, a small city ringed by agricultural lands where he and thousands of farmworkers live.

The ceremony honors workers who have died on the job during the year. In a back-breaking occupation fraught with hazards, several deaths a year—from accidents, heat strokes or heart attacks—are not uncommon.

This pandemic year, Magaña, one of California’s foremost hands-on experts on farmworkers, has no idea how many have died, even with his deep social networks. No one does. Magaña knows of at least two dozen deaths. From what he has heard from workers and others, he estimates maybe 50 workers have succumbed. Or more.

“It’s hard to know,” he said, shaking his head in dismay as he spoke. He was sitting in his office, swamped by bouquets of marigolds and other decorations for the ceremony on Nov. 1.

Many workers returned to Mexico when they got sick, Magaña said, either to die or seek medical treatment where they have greater access. Even getting a count on positive cases is impossible. Many farmworkers who got sick were too afraid to get tested. Others did not have access to testing. (In July, hundreds of farmworkers were turned away from a free testing day in downtown Stockton because the test kits ran out.)

In an annus horribilis all over the world, farmworkers, usually invisible, have received unusual attention as the most underpaid, unprotected “essential” workers in society. California, with up to 800,000, half the nation’s total, has even codified worker protections.

Last month, Gov. Gavin Newsom signed a law that calls for an outreach campaign to inform farmworkers on how to stay healthy and seek coronavirus-related services.The law also directs the California Division of Occupational Safety and Health to enforce the guidance and track and report workplace investigations in farm country. (Newsom also signed a second “farmworker law” that provides more courthouse access to workers living in rural communities or with limited transportation by expanding electronic filing to all state trial courts.)

And yet, Magaña tries to be hopeful, a necessary requirement for a farmworker advocate. Still, a law mandating workplace protections would have been more useful at the beginning of the season than at the end.

Tagging along with him one day as he visited farms proved his point. Every time Magaña visited the fields to hand out bandanas, hand sanitizer and pamphlets on Covid-19 protections, the workers needed them.

Given California’s enormous challenges, including mounting pandemic tolls and the most destructive wildfire season in state history, Magaña is skeptical that the new coronavirus law will be faithfully followed before a vaccine is ready. Once the pandemic is over, workers will still have to contend with megafires that are forcing a national reckoning on climate change. They are expected to get ever more destructive.

What both the coronavirus and the megafires have exposed, Magaña says, is the obvious:  Farmworkers need much better protections. When wildfires forced evacuations in Sonoma County at the height of the wine grape harvest, the county agriculture commissioner gave farmworkers passes to continue picking. Workers frantically picked while fires burned nearby and their smoke loomed overhead.

Few refused to work. They needed to because the pandemic lockdowns made full-time employment harder to come by. Growers cut the amount of crops they grew and needed fewer workers. Service industry employees who lost their jobs to lockdowns turned to farm work as a last resort, so there was more competition for fewer jobs. Not to mention that in families where both parents worked the fields, the school closures forced one to quit for lack of affordable, available child care. Finally, the wildfires cut short a lot of employment when growers shut down, so any work was a lifeline.

As Magaña sees it, this has been, and remains, the worst year for farmworkers—which is saying a lot. Magaña has organized strikes, reported labor abuses, documented housing violations—the list goes on and on.

He knows too well that farmworkers are made promises in high places that are not kept. His father was a bracero, one of thousands of Mexicans hired to work in the United States during World War II. The program, which lasted until 1964, promised decent wages and housing—a good life. Instead, braceros were subjected to rampant racism, forced into overcrowded shacks and cheated out of pay, even enslaved. A few years after his family emigrated to the San Joaquin Valley in 1967, Magaña became a farmworker destined to make trouble. “I always fight for the workers,” he said. 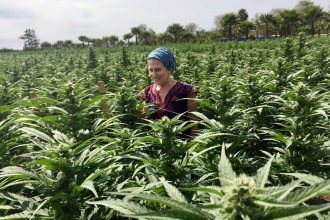 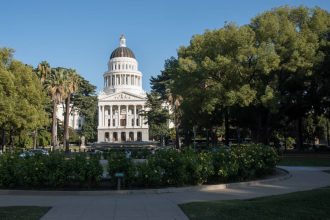 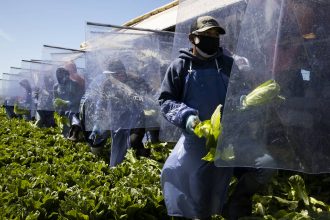