Kentucky is heading toward its energy future paddling in opposite directions. Some lawmakers want to boost the use of alternative energies, especially biomass, to diversify its fuel mix. But coal remains the backbone of its manufacturing-driven economy, and others are determined to keep it that way.

The political dynamic playing out in Kentucky offers a local window into the larger national energy dilemma. The state is seeking the benefits of a clean economy, but coal is still the source of 92 percent of its electricity and brings in $3.5 billion in export revenue.

Currently, state legislators are deliberating three bills to spur economic growth and rein in soaring electricity rates. One would foster clean energy development. The others would shelter the coal industry from Obama administration regulations on greenhouse gases that opponents say would kill industrial jobs.

Electricity rates have risen 41 percent on average over the last five years, delivering a blow to the state’s big industries. Kentucky’s cheap energy has become less of a competitive advantage.

Manufacturing jobs have fallen 30 percent in the last decade, hitting the one-third of Kentuckians who live in low-income housing the hardest.

At the same time, the state’s smaller mines have become more expensive to operate, and newer machine-intensive technologies have cut back on manpower. As a result, coal mining jobs in Kentucky have fallen from 50,000 positions in 1979 to 18,000 today, according to the Mountain Association for Community Economic Development (MACED).

Today, mining accounts for one percent of total non-farm employment in the state.

“The price of coal — to mine it, generate it and to try to manage the waste — is getting more expensive,” said Elizabeth Crowe, director of the Kentucky Environmental Foundation. “Meanwhile, the number of jobs created through clean renewable energy like wind, solar and hydro are really [rising] in some of our neighboring states” but not in Kentucky.

However, many legislators from both parties would disagree with the suggestion that coal can’t power a jobs engine.

In the Senate, the Natural Resources and Energy Committee approved a largely symbolic measure on Feb. 17 to make Kentucky a “sanctuary state” for the coal industry by exempting mines and power plants from “the overreaching regulatory power” of the EPA.

Under the bill, the state’s Energy and Environment Cabinet would go so far as to issue permits to coal mines previously denied by the EPA because of concerns over water pollution.

“As the overreaching EPA impact settles in on us, it’s costing us jobs, it’s putting us in a very perilous situation,” said Chairman Sen. Brandon Smith, a Republican from the coal-mining town of Hazard, and the bill’s sponsor.

That same day, the committee’s House counterpart approved a bill that would exempt Kentucky mines which produce coal for the state’s use — not for export — from federal Clean Water Act requirements. The legislators contend they are protecting states’ rights.

But such pro-coal views are being met with growing citizen opposition.

Earlier this month, Wendell Berry, the Kentucky author and poet, occupied the governor’s office with 13 others for four days to protest government support of coal, while 1,000 protesters held a demonstration against mountaintop removal mining at the state Capitol.

Len Peters, secretary of the Kentucky Energy and Environment Cabinet, told SolveClimate News that the pro-coal lawmakers introduced the bills as a way to show EPA their displeasure, and have even acknowledged that the state would lose substantial federal Clean Air Act funding if they’re passed.

Peters said the bills are merely a “temporary diversion” from Gov. Steven Beshear’s long-term goals to diversify the state energy supply, which includes a seven-point strategy to get 25 percent of Kentucky’s energy demand from energy efficiency, renewable energy and biofuels by 2025.

The proposed Clean Energy Opportunity Act on the House floor, H.B. 239, would take the Democratic governor’s initiatives even further.

Rep. Mary Lou Marzian, a Democrat from Louisville, introduced the bill earlier this month to establish a renewable and efficiency portfolio standard (REPS) for the state.

Under the mandatory standard, renewable sources would account for 12.5 percent of utility retail sales by 2021, and utilities would achieve annual efficiency savings of up to 10.25 percent of retail sales in that period by reducing demand from manufacturers, businesses and homes.

Jason Bailey, research and policy director for MACED, said that the House measure would take the first steps needed for a green energy transition.

MACED is part of the Kentucky Sustainable Energy Alliance (KySEA), an organization of 30 businesses, nonprofit organizations and faith groups that drafted the bill.

“We’ve built an economy around cheap electricity from coal-fired power that is coming to an end,” Bailey told SolveClimate News.

“What we’re really talking about for the next 10 years is that we need to take the first steps to position ourselves for the next phase, where by all indications, because of technology and policies, clean energy alternatives will take off [nationwide].”

“You see a real correlation between states that are friendly to renewable energy and the location of renewable energy component and system manufacturing,” he said. “Manufacturers want a market for their products, and if Kentucky itself is not purchasing renewable energy systems, then it makes us less appealing. They want to go where the market is.”

Kentucky is starting to encourage green manufacturing ahead of its renewable energy market. Last August, the state received $53.4 million in federal stimulus funds from the U.S. Department of Energy to distribute clean energy tax credits and grants.

Since then, the state finance authority has given Alternative Energies Kentucky Inc. preliminary approval for up to $390,000 in funding to build around 25,000 to 30,000 solar panels a year at its plant.

Not surprisingly, state officials and green groups differ in defining how to develop actual renewable energy sources in Kentucky.

The governor has assembled a biomass task force and expects the industry to account for more than half of renewable energy production by 2025. The task force estimates that biomass production could reach 25 million tons annually, or $3.4 billion in net output, and create about 14,000 jobs in rural communities.

Earlier this year, the state finance authority awarded preliminary approval for up to $15 million in state tax credits to EcoPower LLC. A planned 58.5-megawatt biomass power generating facility is expected to operate in 2013.

But whether burning tree parts for electricity should even qualify as clean renewable power remains up for debate in the United States. Conservationists say that biomass combustion produces more CO2 than burning fossil fuels, while the industry claims it’s carbon neutral. For its part, the EPA is still considering both sides.

Also disheartening to environmental groups is that coal would still make up more than 60 percent of the state’s electricity portfolio under the governor’s plan — though “clean coal” technologies would be implemented at 50 percent of coal-based facilities in the next 15 years to offset the harmful greenhouse gases emitted by the plants.

An additional 15 percent of energy would come from nuclear power and natural gas, with biomass, hydropower and other renewables rounding off the top.

Peters noted that carbon capture and storage (CCS) techniques are largely experimental for coal-fired plants and could take decades to carry out, while the biomass task force is still developing strategies for sustainable agricultural and forestry practices.

Crowe of the Kentucky Environmental Foundation, which is also a KySEA member, told SolveClimate News that the state should instead bolster its utility-scale wind and solar energy industries, as those renewable sources don’t require burning crops or proliferate coal practices that destroy the environment or pose health risks to Kentuckians.

With No Wind, Negawatts are ‘Paramount’

Kentucky might not compare to California in terms of solar radiation, she continued, but it averages about as much solar radiation as New Jersey, a state with the second-most grid-connected solar capacity nationwide, at 127 megawatts. Kentucky has less than 0.1 megawatts in installed solar power.

Wind energy, on the other hand, poses a real challenge to the Bluegrass State.

Kentucky could potentially install about 61 megawatts in wind capacity, and only 0.01 percent of its land is considered a windy land area, according to the National Renewable Energy Laboratory (NREL). Neighboring states like Ohio have the potential to install 55,000 megawatts of wind power with 10.3 percent of land available for wind, while Indiana could install 148,000 megawatts and is one-third windy land area.

Both groups agree that energy efficiency measures are paramount to picking away at Kentucky’s dependency on coal-fired electricity.

Industrial energy use in the state is nearly double the national average, and residents consume more energy per-capita than in almost any other state, according the energy cabinet.

Peters said Kentucky had allotted $5 million in federal stimulus funds to hire energy managers in school districts statewide to retrofit and weatherize older buildings, install solar panels and minimize energy use so that savings can be poured into school curricula.

According to the House clean energy bill, lower-income Kentuckians spend $1 of every $5 on home energy costs due to older housing and inefficient heating and cooling systems.

Crowe said: “Most people understand the problem it poses to society – it’s less money for everything else that they need.”

Correction: An earlier version of this article incorrectly reported that Ohio and and Indiana have 55,000 megawatts and 148,000 megawatts of wind energy installed, respectively. These figures refer to the wind energy potential in each of these states, not their current capacity. 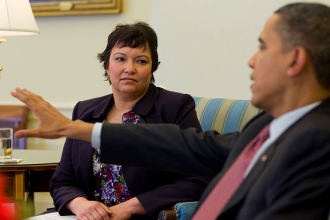 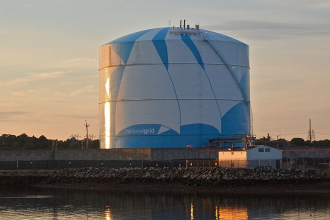 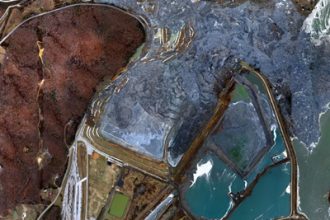