The world’s coral reefs are facing a crisis, with 90 percent of them at risk of dying by century’s end due to unabated climate change. Now, a group of philanthropies and conservationists say they have a plan to ensure the survival of at least some of them.

The 50 Reefs project, which is being funded by Bloomberg Philanthropies, The Tiffany & Co. Foundation and The Paul G. Allen Family Foundation, was announced at a conference in Bali on Thursday, just as the Australian government confirmed reports that the Great Barrier Reef may be experiencing its second consecutive year of extensive coral bleaching. With an initial budget of $2 million, the conservation effort will identify 50 reefs around the globe that are most likely to survive as the oceans warm and target them for protection.

“This is an all-hands-on-deck moment,” Professor Ove Hoegh-Guldberg, director of the Global Change Institute at the University of Queensland in Australia, said in a statement. “We are establishing the first global coalition of philanthropic, governmental and non-governmental organizations that will be aimed at slowing the decline of the world’s coral reefs.”

Those reefs are facing grave threats from climate change and development. They are home to about a quarter of the oceans’ fish species, which hundreds of millions of people rely on as a primary source of food.

Many reefs are in the midst of a massive bleaching event stretching back to 2014, when an El Niño pattern, coming on top of decades of global warming, began to heat equatorial Pacific waters above normal temperatures. The bleaching occurred across much of the globe and led to mortality rates above 50 percent in some parts of Great Barrier Reef. While the El Niño system subsided last year, the bleaching appears to be continuing.

“We’re in a very unusual situation,” said C. Mark Eakin, coordinator of NOAA’s Coral Reef Watch program, who is also on the scientific steering committee for 50 Reefs. “What we may be looking at is having moved into a new temperature regime in the oceans, especially in the Pacific. And we may just keep seeing bleaching.”

Warmer-than-average temperatures can cause coral, a marine invertebrate, to expel the algae that live on their surface in a symbiotic relationship, turning the coral white. While bleaching does not directly kill coral, it stresses it and makes it prone to disease and death.

Australia’s Great Barrier Reef Marine Park Authority said this week that it was receiving increased reports of bleaching. It said the unprecedented event last year, combined with continued above-average temperatures, may make the reef particularly susceptible. Eakin said that many of the corals that survived last year’s bleaching are still recovering from the stress. The authority is asking tourists and anyone working in the area to report conditions of the reef.

Last year, the International Union for the Conservation of Nature warned that climate change is likely to cause nearly all of the world’s reefs to experience annual bleaching by 2050. Because even today’s level of warming is too high for many corals, and because further warming is already locked in, the group said conservationists will need to come up with better ways of protecting them, which are also threatened by pollution and destructive fishing practices.

The new 50 Reefs initiative will identify reefs that are not only most likely to survive, but those that might be able to help reseed other damaged reefs. The group will announce its list of target reefs later this year, though even some of those will likely die off eventually, Eakin said.

“It’s a bit of a triage effort,” he said. They want to pick enough sites to guarantee some success but few enough to concentrate their resources because, Eakin said, the idea is “to save as many places as we can.”

Correction: A previous version of this article described incorrectly the number of coral bleaching events that have affected the Great Barrier Reef recently. The reef may be in the midst of its second consecutive bleaching, not its fourth. (For many of the world’s reefs, it is the fourth consecutive such event.) 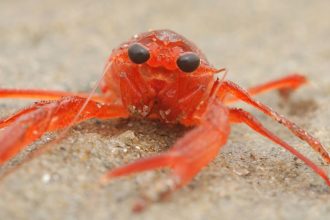 As Oceans Warm, Marine Life and People Who Depend on It Struggle to Adapt 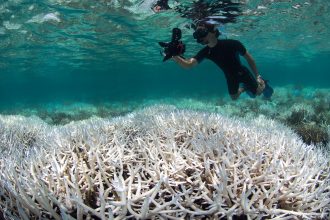 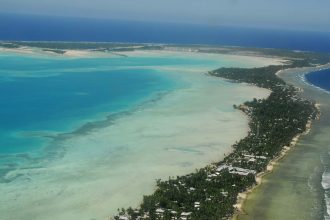