Dating apps want to make it easier for eco-conscious people to find each other.

The company said nine out of 10 users want their matches to care about the environment. They have similar features for political beliefs, voter registration status and whether the user plans to get a Covid vaccine.

Tinder, another popular dating app, said its users are also looking for fellow planet-centered people to date and that environmentalism is one of the most popular interests selected by users.

The swipe-left-or-swipe-right app just added a plant-based diet to its options under interests users can select. Tinder said that among the top 10 traits that women find most attractive in a partner are a vegan or vegetarian diet.

A new chemical process would make biodegradable plastic truly compostable by embedding nanoscopic plastic-eating enzymes into the material that would activate when exposed to heat and water.

A new paper in the journal Nature details the process discovered by researchers at the University of California-Berkeley. Senior author and professor of materials science and engineering Ting Xu designed a way to enclose the enzymes in a protective envelope that would disintegrate when exposed to the right conditions. This way, the plastic is durable when needed—for example when being used as a grocery bag or a liner for a compost bin—and breaks down in a matter of days when exposed to water and a little bit of heat, the conditions present in a compost pile. But this process can take place anywhere, even in a bowl of lukewarm water.

The problem with biodegradable plastics without this treatment is that the microbes and bacteria that consume the plastic take a long time to degrade a whole plastic bag, The enzyme needed to break down the plastic also may not always be available, Xu said.

“Basically, we hijacked the same chemical process and blended the enzyme with plastics so they are carried wherever the plastics go,” she said. “The enzymes are a few to tens of nanometers in size and they are readily carried by microplastics.”

The next step for this product is getting it to the market. One of Xu’s students has incorporated a company and is working to find industry partners to get this technology to the next level.

A New Flag Flies Over Antarctica

While working as a bartender and dishwasher at a research station in Antarctica, Evan Townsend was inspired by the researchers he ate lunch with every day who were observing a warming climate firsthand. Glaciologists were watching ice melt quickly and marine biologists were witnessing species decline.

Townsend wanted to highlight not only Antarctica’s struggles and vulnerability, but also it’s beauty and majesty to those who didn’t have the opportunity to spend a season living on the icy continent. He decided to sew a flag for Antarctica with old tents and canvas bags in the arts and crafts room.

The flag, called “True South,” shows a white peak, representing the snowy, jagged mountaintops dotting the landscape, with a dark blue compass pointing down, representing the exploration that defines Antarctic history. The top half of the flag has a dark blue background, and the bottom half, a white background, symbolizing the long nights and days in the polar region. The flag now flies proudly in several locations around the continent and elsewhere in the world.

Because Antarctica has no government or permanent population, it cannot select a flag to represent itself. Many flags have been proposed, but a light blue flag with a white outline of the continent is often used unofficially, including as the Antarctic flag emoji. But Townsend said this flag isn’t flown in Antarctica and doesn’t elicit an emotional response, whereas his design is neutral, apolitical and relatable for those who identify with Antarctica.

Though the flag flies in Antarctica, it has not been universally adopted, Townsend said. But, it has been recognized by several National Antarctic Programs, which represent countries that have signed the Antarctic Treaty. To get the flag to be officially adopted will be a long, bureaucratic process, but he thinks of it more as a flag for average people to connect with the southern continent.

“I think it’s easy for people like me to feel this identity, like ‘I am Antarctican,’ but that’s something that I don’t think should be exclusive,” Townsend said. “That’s one of the things that I hope this flag represents. I hope it is an invitation to say you don’t have to have lived in Antarctica to feel like you belong to Antarctica.”

Environmental Handprints: They’re ‘Not About Guilt’

There are countless tools on the internet for calculating your environmental footprint from the habits and routines you report. But when Jon Biemer calculated his footprint and started to reduce his emissions, he eventually hit a wall.

“I was frustrated,” he said. “I was having trouble reducing my footprint and I needed another way to look at things.”

“The archetypal example is planting a tree,” Biemer said. “You plant a tree, you go about it rather thoughtfully, choosing a place for the tree, and you water it, but at some point you step away and the tree keeps going without you. If the tree is left alone, it will go and reproduce other trees.”

Some other examples of handprints include: contributing money to environmental groups; volunteering with a river cleanup; upgrading to energy-efficient appliances; and switching to an electric vehicle.

“Handprints are not about guilt,” Biemer writes in the book’s introduction. “They are about love, creativity, and being called to serve.”

Plant-Eating Microbes That Protect the Atmosphere

Researchers in the United States and China have discovered a new group of microbes that consume plants without releasing methane, according to a new study in the journal Nature.

The new phylum in the domain archaea, called Brockarchaeota, is a rare discovery. Evidence of its existence was found in geothermal environments like hot springs. This is the first archaea that scientists have observed that can break down plant matter without producing methane, a potent greenhouse gas.

The researchers were not able to actually observe the organisms, but rather found evidence of their existence by reconstructing their genomes from DNA samples collected from environments in California and China.

“The reason these hadn’t been seen before is that there hasn’t been that much deep DNA sequencing of deep sea sediments and hot springs,” said lead author Brett Baker, of the University of Texas at Austin’s Marine Science Institute. “Also they are not that abundant in these places, so it’s a bit like finding a needle in a haystack.” 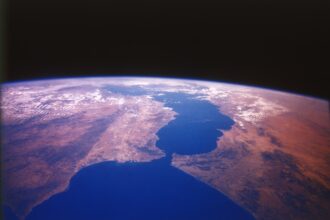 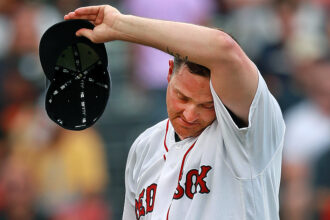 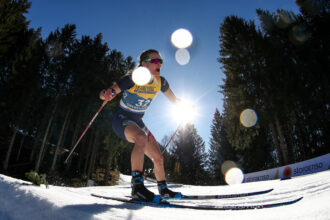