Dozens of small nations ramped up their commitments to cut carbon emissions Monday at the United Nations Climate Action Summit. But the world’s largest greenhouse gas polluters offered only silence, met by a stinging rebuke from 16-year-old Swedish climate activist Greta Thunberg that echoed throughout the day-long session.

“People are dying. Entire ecosystems are collapsing. And all you can talk about is money and fairy tales of eternal economic growth,” she said, addressing the delegates with her voice shaking. “How dare you?”

The surprise arrival of President Donald Trump was emblematic of her words. The president sat behind the United States placard for no more than 10 minutes, then departed, with Vice President Mike Pence at his shoulder. The nation that has contributed the most to global greenhouse emissions over time pointedly played no part in the session aimed at raising ambition for the next round of international commitments under the Paris climate accord. One four-second video clip, shared repeatedly on Twitter, showed Trump striding briskly past cameras, oblivious to the withering stare of Thunberg behind him.

A total of 66 countries—together accounting for just 6.9 percent of global carbon emissions—announced that they would increase their climate efforts in the next round of commitments due under the Paris climate accord next year, according to tracking by the environmental group World Resources Institute.

Environmentalists expressed disappointment that, so far, no new goals have been announced by the largest emitters. The top five alone account for more than 60 percent of emissions.

“This was an incredibly important moment, and a springboard for 2020,” said David Waskow, international climate director for WRI. “From now on, eyes are going to be on these major countries every day.”

“Greta Thunberg laid down a clear line in the sand, separating those countries and leaders who are united behind the science from those who continue to place the profits of fossil fuel polluters above the safety of their citizens,” said Alden Meyer, director of strategy and policy at the Union of Concerned Scientists. “Sadly, most leaders from the world’s largest emitting countries failed this litmus test, dodging their responsibility to step up action as is essential to address the climate emergency we now face.”

Trump already had left the forum by the time former New York Mayor Michael Bloomberg made one of the biggest announcements of the day—that seven more countries, including Germany, the largest user of coal-fired electricity generation in Europe, have joined an alliance committed to phasing out coal power.

Bloomberg, whose philanthropy has devoted $500 million to the phase-out of coal power in the United States, said it would be supporting the efforts of the Powering Past Coal Alliance, which now includes 32 nations, 25 subnational governments and 34 businesses.

“The most important thing we can do is to phase out coal as fast as possible,” Bloomberg said. With the U.S. president no longer in the room, Bloomberg provoked laughter and applause when he remarked, “We thank President Trump for coming today. Hopefully our discussions here will be useful when you formulate climate policy.”

China, the world’s largest greenhouse gas polluter, sought to draw a contrast between itself and the United States—although it, too, offered no new commitments.

“The withdrawal of certain parties will not shake the collective will of the international community, nor will it possibly reverse the historical trend of international cooperation,” said Chinese state councilor Wang Yi, special representative attending the session representing President Xi Jinping, a swipe at the only country that has announced plans to withdraw from the Paris accord: the United States. “As a responsible member of the international community, China honors its word and keeps taking actions on climate change, following a path of sustainable development.”

Wang said that China’s CO2 emissions per unit of GDP have dropped 45.8 percent since 2005, which he said meant the nation was overshooting its target for carbon intensity reduction. Still, China’s overall emissions have continued to climb as its economy grows.

Another major announcement came from the banking industry—more than 50 financial institutions worldwide, representing 2.9 trillion dollars in assets, have committed to assess and disclose the greenhouse gas emissions of their loans and investments. It is the largest such commitment ever made in the financial sector.

“A new sustainable financial sector is being built, but it’s not happening nearly fast enough,” said Mark Carney, governor of the Bank of England. “Financial disclosure and sustainable investing must go mainstream” if the world is to reach net zero emissions. “To watch you’ve got to be able to see.”

UN Secretary-General António Guterres began the day-long session acknowledging that some of the most important developments on climate were not coming from nations, but from “cities and businesses who are showing us what leadership looks like.”

Gutteres called the summit to increase attention to the climate crisis in advance of the next round of negotiations later this year in Chile. “This is not a climate talk summit,” he said. “We have had enough talk. We are not negotiating, because you don’t negotiate with nature. This is a climate action summit.

“Young people, above all, are providing solutions, and insisting on accountability and urgency, and they are right,” Gutteres said.

Those activists made clear before the meeting was over that they intend to do more than march on the streets. Soon after Thunberg’s impassioned speech before the delegates, news broke that she and 15 other young activists have launched a formal UN complaint against five of the world’s major carbon polluters on the grounds that the countries are violating children’s rights under the UN Convention on the Rights of the Child. (The United States is the only country that has not ratified the convention.)

It seemed to fulfill Thunberg’s warning. “You are failing us,” Thunberg said. “We will not let you get away with this. Right here, right now is where we draw the line. The world is waking up. And change is coming, whether you like it or not.” 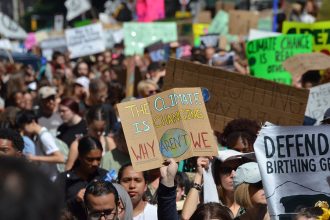 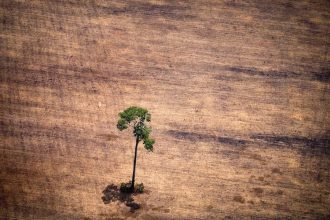 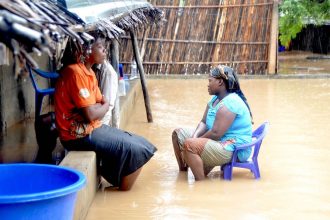 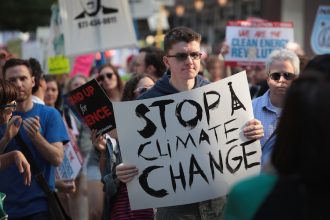