Cuts in carbon emissions by developed countries since 1990 have been canceled out three times over by increases in imported goods from developing countries such as China, according to the most comprehensive global figures ever compiled.

Previous studies have shown the significance of “outsourced” emissions for specific countries, but the latest research, published on Monday, provides the first global view of how international trade altered national carbon footprints during the period of the Kyoto Protocol.

Under the protocol, emissions released during production of goods are assigned to the country where production takes place, rather than where goods are consumed.

Campaigners say this allows rich countries unfairly to claim they are reducing or stabilizing their emissions when they may be simply sending them offshore — relying increasingly on goods imported from emerging economies that do not have binding emissions targets under Kyoto.

According to standard data, developed countries can claim to have reduced their collective emissions by almost 2 percent between 1990 and 2008. But once the carbon cost of imports have been added to each country, and exports subtracted — the true change has been an increase of 7 percent. If Russia and Ukraine — which cut their CO2 emissions rapidly in the 1990s due to economic collapse — are excluded, the rise is 12 percent.

Rajendra Pachauri, chair of the UN Intergovernmental Panel on Climate Change, said: “The 7 percent increase in emissions of developed countries since 1990 is a deviation from what the IPCC fourth assessment report had assessed as the most cost-effective trajectory for limiting emissions … If [that rate] is to continue then not only would we encounter more serious impacts of climate change over time, but mitigation actions undertaken later to reduce emissions would prove far more costly.”

Much of the increase in emissions in the developed world is due to the U.S., which promised a 7 percent cut under Kyoto but then did not to ratify the protocol. Emissions within its borders increased by 17 percent between 1990 and 2008 — and by 25 percent when imports and exports are factored in.

In the same period, UK emissions fell by 28 million tons, but when imports and exports are taken into account, the domestic footprint has risen by more than 100 million tons. Europe achieved a 6 percent cut in CO2 emissions, but when outsourcing is considered that is reduced to 1 percent.

Glen Peters, of the Center for International Climate and Environmental Research in Oslo, who was lead researcher on the paper published in Proceedings of the National Academy of Sciences, said: “Our study shows for the first time that emissions from increased production of internationally traded products have more than offset the emissions reductions achieved under the Kyoto Protocol … This suggests that the current focus on territorial emissions in a subset of countries may be ineffective at reducing global emissions without some mechanisms to monitor and report emissions from the production of imported goods and services.”

The study shows a very different picture for countries that export more carbon-intensive goods than they import.

China, whose growth has been driven by export-based industries, is usually described as the world’s largest emitter of CO2, but its footprint drops by almost a fifth when its imports and exports are taken into account, putting it firmly behind the US. China alone accounts for a massive 75 percent of the developed world’s offshored emissions, according to the paper.

Bob Ward, policy and communications director at LSE’s Grantham Institute, said: “It’s important to recognize that the countries which have ratified the Kyoto Protocol are roughly on track to hit their targets by the standards it sets out. But, as these figures show, there is a flaw in the accounting, because the rich countries are not held accountable for effectively exporting emissions to the developing world.”

Environmental campaigners have long argued that global carbon accounting should be based on consumption rather than production of goods and services.

One barrier to implementing such a system is the huge challenge of accurately monitoring the flow of emissions embodied in traded goods. Another barrier is that some policymakers argue that consumer nations cannot or should not take full responsibility for their imports, both because they have no jurisdiction in foreign territories and because, even if they did, both producer and consumer nations benefit from trade, and therefore responsibility should be shared. 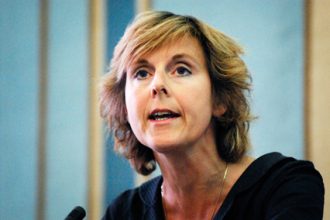 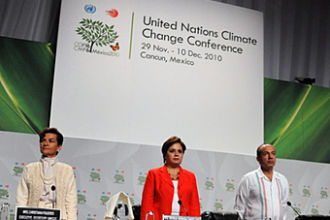 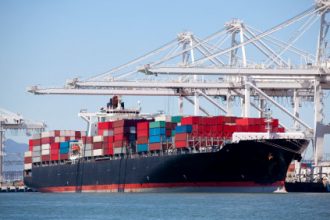