BROOKLYN, N.Y.—InsideClimate News this week launched a campaign to raise funds for an innovative national-local reporting collaboration with the Arkansas Times that will investigate the causes and consequences of the Exxon pipeline spill in Mayflower, Ark. on Mar. 29. The campaign is being run on ioby.org, an innovative, non-profit crowdfunding platform.

“We are appealing to our readers to help crowdfund this effort and show that modest donations can have a cumulative impact to improve the public interest,” said David Sassoon, publisher of InsideClimate News. “When legacy big media can’t cover an important story like this one and give it the attention it deserves, citizens can still take ownership of the first amendment and make sure democracy’s job gets done.”

To make a fully tax-deductible donation, go to https://ioby.org/project/muckraking-mayflower-oil-spill

ExxonMobil and local officials have said all visible oil has been removed from the spill site and cleanup efforts have transitioned from “emergency” to “remediation.” Lt. Gov. Mark Darr said recently that it looked like ExxonMobil had made the area better than it was before.

But 22 homes that were evacuated after the spill remain empty, and many questions remain.

ExxonMobil has yet to explain what caused the 22-foot-long gash in the pipeline, and no one knows how much oil was actually spilled. ExxonMobil’s latest estimate is 147,000 gallons, while one lawsuit contends that 420,000 gallons escaped from the rupture.

The spilled oil includes toxic chemicals such as benzene, hydrogen sulfide and toluene—and dozens of area residents have complained of headaches, stomachaches, nasal bleeding and hives.

The question of pipeline safety is especially pertinent nationally as the debate continues over the Keystone XL pipeline, which would carry heavy Canadian crude oil to the Texas coast. The Keystone would cross the Ogallala aquifer, one of the nation’s most important sources of drinking and agricultural water. ExxonMobil’s 850-mile Pegasus pipeline travels through the Lake Maumelle watershed, the source of drinking water for more than 400,000 Central Arkansans.

The federal agency that regulates pipelines has declined to provide to Arkansas officials, or to the public, information that Exxon has filed about the integrity of the Pegasus line.

Two reporters will lead the reporting from the ground. Elizabeth McGowan was part of the InsideClimate News team that won the 2013 Pulitzer Prize for National Reporting for its examination of the 2010 Michigan spill. Sam Eifling is an Arkansas native who has written for Slate, Columbia Journalism Review and other prestigious publications.

Eifling and McGowan will work with photographers, videographers and graphic designers as well as staffers who are experts in Arkansas politics, pipeline regulations and the science of chemical spills. They’ll file regular dispatches from the scene as well as longer features, and InsideClimate News and the Arkansas Times will publish their stories jointly. The two publications will stay with the story as long as it takes to get answers to the most pressing questions. 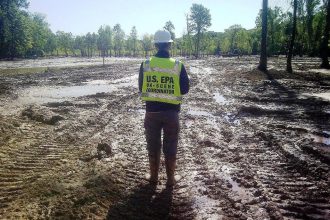 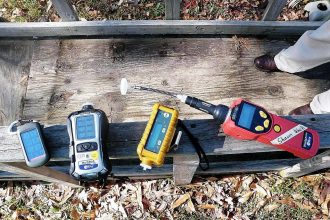 Arkansas Residents: Sick and on Their Own 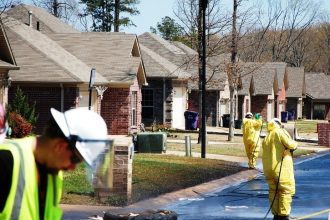