When a Republican introduced legislation in Congress on Monday to put a tax on carbon dioxide emissions even those who spoke approvingly of the bill tended to refer to it as a way to start a “conversation.”

For the bill to have any chance, it’ll also have to start some horse-trading.

Without some give and take, this carbon tax bill is likely to go where all others have landed: nowhere.

Rep. Carlos Curbelo’s bill would set a tax on carbon emissions starting at $24 per ton in 2020. The tax would rise 2 percent a year above inflation until 2030. It would go up an additional $2 a ton in any year when emissions failed to fall. As carbon prices go, this is pretty low.

Curbelo also put together some novel ways to spend the money—chosen, the Florida Republican admitted, largely for raw political appeal.

Most of the revenues would be spent modernizing highways, but at minimal additional expense to drivers. That’s because it would repeal the federal excise tax on gasoline. The carbon tax would be imposed not just on motorists, but across the entire economy in an effort to dial back the human drivers of climate change.

Some of the remaining revenues would go to other needs that are popular in one constituency or another: income assistance for the poor, flood protection for coastal cities threatened by sea level rise and extreme weather as the climate warms, retraining for coal miners and the like. But these amounts would be mere fractions of the highway spending.

“Those invested in the depressing paradigm of bipolar politics will dismiss it summarily,” Curbelo said at a Washington event to discuss the proposal. “It’s probably going to require bipartisan support to get it done.”

So what would it take to get that bipartisan support?

Here are a few areas where the horse-trading may be especially intense as carbon tax advocates attempt to bridge some profound political divisions.

Tax and Spend, or Carbon Dividend?

Most recent carbon tax proposals have been revenue neutral—they would recycle the money they raise back to taxpayers, rather than spending it on government programs.

That was the case with the other prominent Republican proposal floated recently by a group of conservative elder statesmen who called it a “carbon dividend.” Even Democrats in the Senate, led by two climate hawks, took that approach in their own proposal to tax carbon and funnel the money back in tax breaks.

Curbelo’s proposal is just the opposite: a frank tax-and-spend approach in which the only money returned to taxpayers is a sliver funneled to low-income households, while the lion’s share is spent on highways.

One potential horse trade: To gain support of conservatives, increase the share of money that’s recycled through tax cuts.

The main novelty in Curbelo’s plan is the creation of a new funding mechanism for highways and mass transit, replacing a trust fund financed mostly by gas taxes with one paid for by putting a price on carbon. Gas tax revenues have fallen as cars get better mileage, and Congress, unwilling to raise gas taxes, has had to cough up general revenues to cover the gap.

Curbelo calls his “tax swap” an act of political pragmatism. He believes that Democrats and Republicans both want to spur infrastructure spending and lack only a way to pay for it. That burden would now be put on the back of a carbon tax.

But some environmentalists bristle at the way Curbelo finesses the financing. His bill puts only a modest additional cost on drivers, creating little incentive to drive less or buy cleaner cars. As a result, it is expected to produce only modest emissions reductions from the transportation sector.

To some, it seems unfair that so much of the new revenue this bill would spend on highways comes not from motor fuels but from other sources of greenhouse gas pollution, like the burning of coal and other fossil fuels by power companies and utilities.

The horse trade: Congress could leave existing excise taxes on transportation fuels in place, and expand the transportation infrastructure programs with a booster shot of new carbon-tax money. Then it could spread the infrastructure spending around on other programs, like modernizing the electrical grid.

Where to Spend the Rest of the Money?

Curbelo’s bill is expected to raise about $1 trillion between 2020 and 2030. If less of it is put into highways, and the gas tax isn’t abolished, how might the remainder be allocated?

This is a wide open field for horse-trading.

Corporations will argue that a fair chunk of it should be returned to them in another round of corporate tax cuts. And some economists argue that this, indeed, would be the most economically efficient way to recycle carbon tax revenues.

But corporations just got a rich tax cut from President Trump and the Republicans.

Curbelo’s bill offers only modest support for spending on advanced energy research. Compared to spending 70 percent of the available money for highways, he offers just 0.5 percent to ARPA–E, the Advanced Research Projects Agency–Energy, which Trump wanted to flat out eliminate.

Curbelo has several other priorities for spending the remainder, but these could also be open to trading:

All of this is open for horse-trading. Nuclear, anyone?

To sweeten the pot for Republicans who hate regulations just as much as taxes, he would delay either the Clean Power Plan or any replacement version proposed by the Trump administration.

As bargaining chips go, this is a pig in a poke.

The Clean Power Plan, the centerpiece of climate regulation in the Obama era, was already stayed by the Supreme Court in 2016 pending litigation, and has been in limbo ever since. It’s not clear that the Obama plan can be revived, and a Trump replacement has yet to be formally proposed.

The coal industry and its allies in Congress might like to see the Clean Power Plan put on hold, but not at the cost of a carbon tax that would steeply reduce demand for coal, the dirtiest of fuels.

The oil industry, which says it doesn’t mind carbon taxes in principal but hasn’t endorsed Curbelo’s plan, would like to see the threat of future EPA regulations on their refineries deferred, perhaps along with rules on auto gas mileage. For them, Curbelo’s regulatory relief falls short.

In a sop to environmentalists, Curbelo would leave intact EPA’s authority to regulate tailpipe emissions from cars. (But here, too, Trump is about to propose a significant rollback.)

And although Curbelo’s draft bill says EPA’s regulatory powers could be revived if emissions don’t go down on a specified glide slope, the slope he establishes in the bill is not very steep. It’s an insurance policy that’s unlikely to impress environmentalists who have fought tooth and nail for EPA’s regulations on carbon.

The horse trade: Industry will demand broader relief from regulations. Environmentalists will call for EPA’s powers to be retained at least until after emission goals are actually achieved via the tax.

Is This All Too Little, Too Late?

Curbelo enlisted economists and modeling experts from Columbia University and Resources for the Future to analyze the effectiveness of his approach, and in a sense, they gave it good reviews.

They concluded that it would allow the United States to exceed President Obama’s commitments for a first round of emissions reductions under the Paris climate agreement—pledges that Trump has since renounced. And they found that it could be done at only a modest penalty to economic growth, with benefits exceeding the costs.

But beyond the relatively short term, one shouldn’t exaggerate the contribution the bill would make to solving the global warming problem. Charles Komanoff of the Carbon Tax Center called it “underwhelming.”

By 2020, the year Curbelo’s bill supposedly would take effect, signatories to the Paris treaty are supposed to present new, even more ambitious emissions reduction targets. Scientists say that to meet the Paris treaty’s overarching goals, net emissions from energy need to reach zero early in the second half of this century. The sooner the better, they say.

Many will call the carbon tax starting point of $24 a ton too low. The competing Republican proposal outlined by lobbyists and luminaries said that a “sensible” starting point would be $40 a ton, with gradual escalation.

In Congress, tax bills only project their impacts 10 years into the future. That’s one reason Curbelo’s only extends to 2030. While it might do nicely at meeting modest, short-term climate goals set a few years ago, modeling does not show it sparking an energy transformation of the kind the climate crisis demands.

And that’s if it can be enacted at all. There is almost no visible Republican support for this or any other carbon tax bill—the House voted to disavow carbon taxes a few days before Curbelo released his plan. Unless a carbon tax bill is miraculously passed before the election of 2020, there’s no way to say whether Democrats or Republicans will be in charge of the stables when the real horse trading occurs. 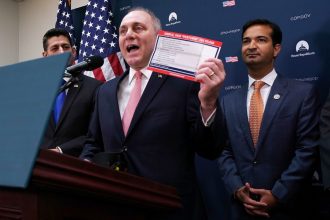 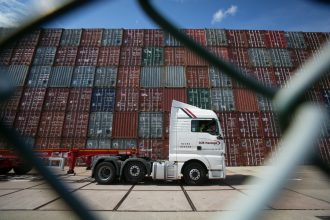 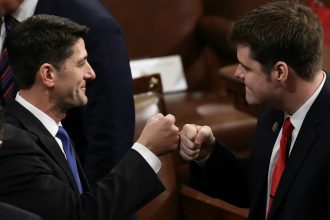 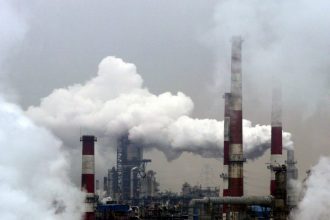