In a year of pandemic illness and chaotic politics, there also was a major milestone in the transition to clean energy: U.S. renewable energy sources for the first time generated more electricity than coal.

The continuing rise of wind and solar power, combined with the steady performance of hydroelectric power, was enough for renewable energy sources to surge ahead of coal, according to 2020 figures released this week by the Energy Information Administration.

Yet renewables remain behind the market leader, natural gas, which rose again in 2020 and is now far ahead of all other energy sources.

The shifting market shows that electricity producers are responding to the low costs of gas, wind and solar and are backing away from coal because of high costs and concerns about emissions. But energy analysts and clean energy advocates say that market forces are going to need an additional push from federal and state policies if the country is to cut emissions enough to avoid the most damaging effects of climate change.

“All those sources, natural gas, solar and wind, are displacing coal as a matter of economics in addition to regulatory pressure and threats to coal,” said Karl Hausker, a senior fellow in the climate program at the World Resources Institute, a research organization that focuses on sustainability.

“The other winner in this competition has been natural gas, which has lower emissions (than coal) from a climate point of view, which is good, but is basically beating coal economically,” he said. “We can’t rely on growth in gas with unabated emissions for much longer. We will need to either replace the natural gas or capture the carbon that gas emits.”

Coal was the country’s leading electricity source as recently as 2015, and has fallen 42 percent since then, as measured in electricity generation. Energy companies have been closing coal-fired power plants, and the ones that remain have been running less often than before.

Renewables have been gaining on coal for a while, to the point that, in April 2019, renewables were ahead of coal in an EIA monthly report for the first time. In 2020, renewables came out ahead in seven of 12 months, with coal still leading in the summer months with the highest electricity demand, and in December.

The coronavirus pandemic helped to undercut coal because the slowdown in the economy led to a decrease in electricity demand. Since many coal plants have high costs of operation, those were often the plants that companies chose not to run.

The reasons behind the gains by renewables include low costs and policies by cities, states and companies to invest in renewable energy.

The changes in the electricity market are helping to cut emissions, but the market is still not moving fast enough, Orvis said. He was the author of a report from Energy Innovation this week that used an open-source U.S. policy simulator to design a scenario in which the United States could cut emissions enough to be on a path to net-zero emissions by 2050.

“What we’re talking about is getting policies in place to enforce the trend that we’ve seen and accelerate it,” he said, about the rising use of renewable energy. 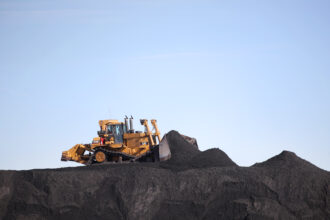 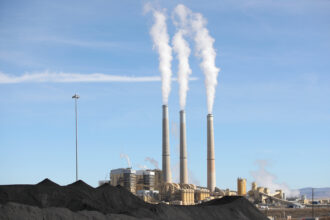