Now, new research could aid farmers in the eye of the storm. A study by Utrecht University researchers, published in May in Plant Physiology, identifies a possible way to increase flood resistance in crops by treating them with ethylene, a compound produced by plants that helps with growth and ripening. Researchers hope the findings will translate to better climate resilience in the global food supply, especially as more agricultural land becomes susceptible to more frequent flooding.

According to scientists, the frequency of heavy precipitation has increased as a consequence of rising global temperatures, and some models have shown that U.S. flood risk could increase by more than 25 percent by 2050.

Flooding kills crops in a number of different ways—first, flooding traps gases in plants, limiting gas exchange and effectively suffocating them. As a result, plants, which need a constant exchange of carbon dioxide and oxygen to live, can no longer grow and produce energy. Additionally, submerged plants suffer from increased production of reactive oxygen species, which are highly reactive molecules that can damage a plant’s DNA, leading to death of the crop.

“What is really exciting is there’s not just one answer, there are multiple answers,” said Sjon Hartman, an author on the paper, former Utrecht University researcher, and professor at the University of Freiburg.

In the experiment, Hartman and his colleagues applied ethylene to plants before submerging them underwater, then measured the plants’ response. The researchers found that ethylene assisted the plants’ ability to produce energy while underwater, acted as an antioxidant, and stopped root growth, allowing the plant to save energy.

Understanding plants’ response to ethylene, said Hartman, is the first step towards better breeding of flood-resistant plants, especially since agriculture in recent history has not prioritized breeding for flood-resistance in crops, favoring drought-resistant traits instead.

“We don’t necessarily select against [flood-resistance], but we don’t select for it anymore,” he said. “We are losing natural stress responses which might be very important for [crop] survival under climate change conditions.”

Potatoes and corn, he said, are probably the best plants to target, since they are a staple crop for much of the world and are also highly sensitive to flooding.

In the spring and summer of 2019, extreme rainfall in the Midwest caused a number of flooding events along the Mississippi river. According to the National Weather Service, the Mississippi reached its highest level since 2014, and many of its tributaries also broke flooding records. That year, in part due to extreme weather, farmers were prevented from planting more than 19.6 million acres of farmland, according to the U.S. Farm Service Agency. Much of that farmland was in the Midwest.

Since then, farmers in the midwest have continued to deal with flooding. “Flooding almost always impacts farmers somewhere in the state,” said Ed Anderson, the senior director of research for the Iowa Soybean Association. “Anything we can do to manage short term, intermittent flooding … is going to become more and more important as the climate continues to change and we continue to have these extreme weather events.”

Chris Gaesser, a corn, soybean and rye farmer in southwest Iowa, agrees. Flooding, he said, “seems to happen a lot more than it used to.”

“We live near a lot of rivers and stuff,” said Gaesser. “You’ll have some [crops] on river and creek bottoms that go underwater almost every year. And it’s just one of those things we can’t do a whole lot about.”

To manage water on his farm, Gaesser uses a combination of cover crops and no-till farming, which he said creates a soil structure that allows water to flow more easily out of cropland. In addition to those strategies, though, farmers who farm land near rivers or in low-lying areas might be especially interested in plants bred specifically for flood-resistance.

Demand for flood-resistant crops, said Anderson, will “only increase.”

“The trick with these approaches is always in the degree to which we alter the responses,” he said. “Very small shifts in response may have no ‘real world’ effect, and extreme manipulation of stress responses might result in worse plant growth under all conditions.”

Additionally, it may be difficult for flood-resistant crops to be quickly adopted by farmers, even in flood-prone areas, said Hartman. To take flood resistance from the lab to farm fields, breeders first need to invest in producing flood-resistant varieties that can then be sold. However, Hartman said he hasn’t yet seen that plant breeders are very interested in flood resistance as a trait, favoring instead traits that lead to bigger fruits or higher yields.

While it’s profitable to sell plants that are bred for higher yield, one natural disaster can easily wipe that yield away. As climate change makes weather patterns more unpredictable, such natural disasters are becoming more common, according to a 2021 report by the United Nations’ Food and Agriculture Organization. It may be time to invest more in traits that increase crop resilience to such weather extremes, said Hartman. If farmer and breeder demand is there, though, Hartman thinks getting flood-resistant crops into the ground will happen “very fast.”

Overall, Hartman hopes his research will help farmers hang on to their crops, improving food security. “Sustainability is not only about growing more crops with less inputs. I think the most sustainable thing to do is [to prevent] losing your yields,” he said. 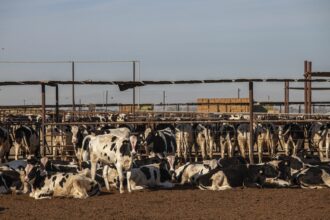 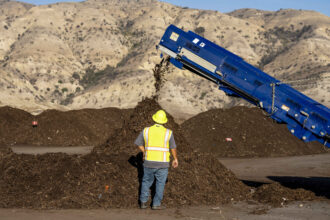