Hunters in the Alaskan village of Wainwright, a community of about 550 Inupiat Eskimos at the lip of the Chukchi Sea, have long harvested bowhead whales from the ocean. Each spring, crews of 15-25 hunters set out in umiaqs—boats made from seal skins and caribou sinew. The hunters usually launch from Point Belcher, where the ice cracks open to expose the water in slivers called “leads.” Then the whalers follow these narrow channels to the sea.

They may land whales as long as 55 feet, but a young whale that is as round as it is long—about 30 feet—called a “butterball,” is considered the most succulent. Successful captains share the fresh catch in a big home feast right after the harvest. The rest of the thousands of pounds of meat feeds the villagers through the next winter.

Before the feast, the hunters must heft the dead whale onto a flat piece of shelf ice to butcher it. But climate change is making it tougher for these whalers to find a spot to butcher their catch.

“It’s all about safety and where you can pull up a whale when it’s landed,” said John Hopson Jr., mayor of Wainwright and a whaling captain. Now, the shelf ice breaks up earlier each spring. “What [hunters] have noticed is the ice is thinner than it used to be.”

The risk of falling through, laden with the weight of a whale, makes it too dangerous for hunters to venture out on most days.

Todd Brinkman, a biologist with the University of Alaska Fairbanks, is combining such anecdotal information with global climate models to show communities a future under the influence of climate change. He wants to give a clearer picture to people who are struggling to know, “What will climate change look like to me?” Brinkman has been trying to answer that question for five years, but his work builds on the very first regional climate model developed in 1989 by Robert Dickinson at the National Center for Atmospheric Research.

The urgency for this sort of applied climate science is greatest in Alaska, which has warmed twice as fast as the rest of the country, with an average annual increase of 3 degrees Fahrenheit, according to the most recent National Climate Assessment. That means that many symptoms of climate change—from thawing permafrost to disappearing sea ice and ocean acidification—have already taken hold in the nation’s largest state.

To show Alaskans what’s in store, Brinkman’s colleagues at the Scenarios Network for Arctic and Alaska Planning (SNAP) at UAF use a process called downscaling. One method plugs local weather data into an advanced computer model that simulates the global climate—producing a set of maps or data tables that create a hypothetical picture of the future.

Downscaling has become climatologists’ go-to method for illustrating the effects that climate change could bring to an area—even one as small as a single farm. The assessments are sought out by city planners, town mayors, national park managers, and farmers concerned for their crops. The original computer model can be adjusted to different levels of greenhouse gas emissions arising from the mining of tar sands in Canada, the industrialization of China and India, or stricter regulations on carbon emissions in the U.S.

Downscaling on the Upswing

Downscaling has exploded in recent years as stakeholders have more clearly felt the urgency of planning for changes. “One of the things that downscaling does is to bring a vague concept like climate change, which causes people’s eyes to glaze over, to suddenly concern their place,” said Terry Chapin, an ecologist at UAF. Chapin used downscaling to help the small Alaskan community of Huslia plan for an increase in forest fires.

New York City made one of the first successful attempts at downscaling in 2000 with an analysis that anticipated an increase in deaths from heat and rising ozone levels. Today, dozens of institutions use downscaling to prepare communities for encroaching sea levels in the Gulf of Mexico, damaging hurricanes in the Northeast and pervasive drought in California. Chapin adds that scientists at many government agencies, including U.S. Geological Survey climate centers, the National Park Service and the Fish and Wildlife Service, have adopted downscaling in their planning.

To create downscaled projections, SNAP researchers start with five global climate models that have accurately predicted climate trends across Alaska. But when scientists try to zoom in, even the best models are still limited by computational power and become fuzzy at a scale of fewer than 150 square miles.

So, SNAP researchers improve the resolution by plugging in local weather and climate patterns, taken from a system called PRISM (Parameter-elevation Relationships on Independent Slopes Model), which tracks these trends across the Northwest. Researchers also input three possible levels for future greenhouse gas emissions—a best-, worst-, and average-case scenario. With all this data, SNAP can create maps to show expected future temperatures and precipitation for every month up until 2100 for communities throughout Alaska, on a square grid with a scale of only about half a mile—300 times sharper than the global models.

SNAP was founded in 2006 by UAF researchers who saw climate projections as the most valuable information they could provide to state lawmakers. Today, about 30 researchers provide downscaled data and do modeling for special projects. Most of these requests have come from land managers at state and federal agencies who have both the money and the impetus to start planning for climate change. Recent questions they’ve addressed include how climate change will affect a watershed around Great Bear Lake in northern Canada or what it will mean for national parks in Alaska.

“The way that I know our information is useful is that we keep being asked for more of it,” said Nancy Fresco, network coordinator of SNAP.

For the whaling community of Wainwright, SNAP researchers have projected a 10-degree increase in the average winter temperature from the end of the last century to 2050-2059; they also expect a 16-degree increase for the period of 2090-2099. They project summer temperatures to increase by about 7 degrees by the end of the century, too. Brinkman applied this downscaled information to what hunters had told him of climate impacts on subsistence resources, from whale to caribou to moose and king salmon.

“Across the board, as far as abundance and distribution of these species, climate change doesn’t seem to have a positive or negative impact—they kind of wash out,” said Brinkman. “The real striking conclusion is that climate change is greatly affecting access to get resources,” as in the case of the whalers who couldn’t find a good spot to pull a whale ashore.

Downscaling data from SNAP and dozens of similar groups has helped growers of tart cherries in Michigan prepare for changes in temperature and precipitation, and coastal communities to ready themselves for stronger hurricanes in the North Atlantic. The military has recruited downscaling specialists to help plan for climate change impacts to their facilities.

“There are many, many downscaling companies—some people call it a cottage industry at this point,” said Richard Rood, an atmospheric scientist who uses downscaling in his research at the University of Michigan.

Researchers are still developing ways to ensure consistency and quality across groups, since every model gives slightly different results. A project that compares models to find deficiencies is under way at the National Climate Predictions and Projections Platform, which is  creating regional models for the entire country. In a separate project, Linda Mearns, director of a U.S.-based downscaling consortium called the North American Regional Climate Change Assessment Program, is trying to ensure consistency by standardizing all the models she works with. Data published by her consortium has been cited 1,000 times in scientific papers.

Another drawback is the cost and time it takes to run a downscaled model: It can take 12 hours to run the data for each year in a projection, and many analyses look 100 years into the future. At SNAP, the price of building a brand new data set and model that answers an original question for a client could be $100,000. It could cost as little as $1,000, though, to create a spin-off from an existing project.

Chapin, the UAF ecologist, said it’s important to educate clients about the uncertainty still inherent in climate projections, no matter how fine the scale. “The biggest mistake is believing them too literally,” he said. “They’re statistical estimates of the past and future and they’re not what actually happened or what will happen.”

Adapting to a New Reality

Back in Alaska, the whale hunters in Wainwright are harvesting smaller whales unlikely to break the thin ice; and they have begun hunting in the fall before the ice forms.

“They’re altering when they hunt, where they hunt, and how they hunt,” said Brinkman, noting that these hunters come from a long line of ancestors who adapted to challenging conditions.

Hopson, the whaling captain, agrees. “If we saw [climate change] as a threat and treated it as a threat, then we’d have a real problem,” he said. “We learn to live with the change and we adapt to it.”

Similarly, hunters in Fort Yukon, Alaska, have shortened their moose-hunting trips so that the meat doesn’t spoil in warm temperatures. A hunter in Kaktovik, a community of Inupiat Eskimos on the Beaufort Sea, told Brinkman that caribou have begun to hug the coast to escape horrendous swarms of mosquitoes, enabling hunters to close in on a herd. Their neighbors in Venetie, 200 miles to the south, who also hunt by boat, are having a harder time getting to the moose in their area because rivers are running so shallow.  Brinkman’s aim in providing data to all of these communities is not only to let them know what’s to come, but also to help hunters and fishermen make their case if they ever need to press for changes to subsistence hunting regulations by the Alaska Department of Fish and Game.

“A lot of it is about just getting documentation back to these communities so when they’re talking to the [Alaska] Board of Game, they can come with data to support their statements,” he said. “Sometimes, their information is written off as anecdotal or overly subjective.”

Hopson, the whaling captain and mayor, observed, “We just hope people and the scientists don’t overreact to a small amount of change that might affect our lives permanently when it comes to regulatory change. The world needs to know that, when change happens, people adapt to it—we don’t panic.” 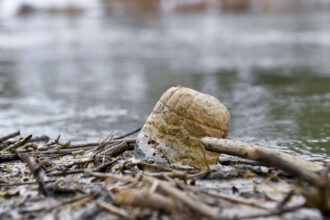