Keystone and Beyond provides the most definitive account yet of the Keystone XL pipeline saga. It also upends the national debate over the pipeline by tracing its origins to policy decisions made by President George W. Bush and Vice President Dick Cheney in the first months of their administration, and to expectations about energy supply and demand that have turned out to be wrong.

Texas’ air monitoring system is so flawed that the state knows almost nothing about the extent of the pollution in the Eagle Ford. Only five permanent air monitors are installed in the 20,000-square-mile region, and all are at the fringes of the shale play, far from the heavy drilling areas where emissions are highest.

The Weather Channel and InsideClimate News teamed up to investigate the problem of exploding railcars. The documentary accompanies an investigation by InsideClimate News, which explains why federal regulations to protect the public have been stalled by the railroads and the oil industry.

China’s Plan to Clean Up Air in Cities Will Doom the Climate, Scientists Say

China is erecting huge industrial complexes in remote areas to convert coal to synthetic fuel that could make the air in its megacities cleaner. But the complexes use so much energy that the carbon footprint of the fuel is almost double that of conventional coal and oil, spelling disaster for earth’s climate, a growing chorus of scientists is warning.

Infographic: A Field Guide to the U.S. Environmental Movement

The 10 organizations driving the modern green wave collectively have 15 million members, 2,000-plus staffers and annual budgets of more than $525 million to advance environmental agendas at the local, national and international levels.

The Koch brothers built their first fortune on the particularly dirty form of oil mined in Alberta’s tar sands, where they have been major players for 50 years, and remain deeply invested.

Because of a 1988 EPA exemption from federal hazardous-waste laws sought by the oil and gas industry, oil and gas drilling waste is classified as non-hazardous. That’s left waste pits virtually unregulated and put nearby residents at risk of exposure to chemicals like benzene, which can cause cancer. The exemption, meanwhile, has saved oil and gas producers huge amounts of money.

Two former oil and gas inspectors for the Texas Railroad Commission, Fred Wright and Morris Kocurek, were fired within months of each other in 2013. They say they were fired because they demanded that the oil and gas industry strictly abide by state regulations designed to protect the public and the environment.

The Chevy Volt, Nissan Leaf and Tesla Roadster all use a super greenhouse gas known as HFC 134a as the refrigerant for their air conditioners. The liquid coolant is so potent that when it leaks into the atmosphere it traps 1,400 times more heat than carbon dioxide over a 100-year time horizon.

PHOTOS: Climate Week In Your Face

The story of 2014 Climate Week, reflected in the faces of those who were there. Brought to you by the award-winning team at InsideClimate News.

What might the Secretary of State be telling himself as he prepares to decide whether the oil pipeline is in the nation’s interest? Here we take a guess. 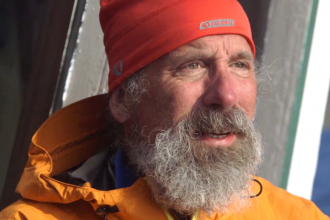