Daley has spent the bulk of her career covering the environment, first during a more than two-decade tenure at the Boston Globe and then at the New England Center for Investigative Reporting.

“Beth is filling an important strategic role at a crucial time, and we are delighted to have the benefit of her talent, experience and insight,” David Sassoon, the publisher of InsideClimate News, said. “It’s great to be able to continue to strengthen our organization and the contribution independent journalism can make to the national conversation.”

ICN has also hired three new full-time editorial staff members: Georgina Gustin, a highly regarded Washington-based reporter who has covered food policy, farming and the environment for more than a decade, and Marianne Lavelle, an award-winning reporter who has covered environment, science, law and business for more than two decades. Graphic artist Paul Horn, a gifted illustrator, who has been supporting ICN reporting on a freelance basis for five years, has also joined the staff.

Daley, a Pulitzer Prize finalist for her climate reporting, became interested in the business side of non-profit journalism while attending Stanford University as a John S. Knight Journalism Fellow in 2011-12. She left the Globe in 2013 to work at the New England Center for Investigative Reporting as a reporter, director of partnerships and senior trainer.

“I can’t think of a more important honor than bolstering ICN’s future and the essential journalism it is providing,” Daley said. “Diversifying and strengthening our supporter base is a key priority to ensure we have lasting impact and ensure our long-term viability.”

Gustin started her journalism career at The Day in New London, Conn. then moved to the St. Louis Post-Dispatch, where she launched a food beat. At CQ Roll Call, she covered food, farm and drug policy and the intersections between federal regulatory agencies and Congress. Her work has also appeared in The New York Times, Washington Post and National Geographic’s The Plate, among others. She will focus on agriculture for ICN.

Lavelle has won the Polk Award, the Investigative Editors and Reporters Award, and numerous other honors for her reporting. Lavelle spent four years as energy news editor and writer at National Geographic. She also has worked at U.S. News and World Report magazine and The National Law Journal. While there, she led the award-winning 1992 investigation, “Unequal Protection,” on the disparity in environmental law enforcement against polluters in minority and white communities.

InsideClimate began as a blog in 2007 and has grown to a staff of 15 becoming one of the largest environmental newsrooms in the country. It is a non-profit, non-partisan news organization that covers climate policy, clean energy, the fossil fuel industry and environmental science—plus the territory where law, policy and public opinion intersect.

In 2016, it was a finalist for the Public Service Pulitzer Prize for revealing that Exxon’s own scientists had concluded burning fossil fuels was warming the earth, but then actively sought to discredit that truth. ICN also won the 2013 Pulitzer in National Reporting and numerous other national journalism awards.

ICN is headquartered in New York with a hub in Boston but operates with a virtual newsroom, its staff based in locations stretching from San Diego to Maine. 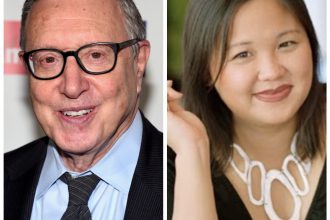 Norman Pearlstine and Jennifer 8. Lee Join ICN Board of Directors 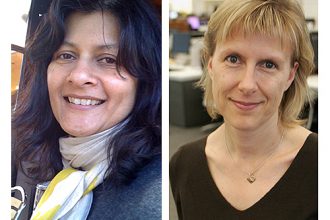