InsideClimate News today announced the addition of two directors to its governing board: Norman Pearlstine, the vice chairman of Time Inc., and Jennifer 8. Lee, journalist, film producer and founder of Plympton literary studio.

“We’re delighted Norm and Jenny have agreed to help our enterprise take our next steps,” Lawrence Rodman, chair of ICN’s board, said. “With their assistance, we will strengthen ICN to expand the scope and impact of the groundbreaking work our journalists do. It’s needed now more than ever.”

Norman Pearlstine, since July the vice chairman of Time Inc., has had a long and distinguished career in journalism, working both as a reporter and editor, as well as a manager and executive. In 2005, the American Society of Magazine Editors gave him its lifetime achievement award and inducted him into the Magazine Editors’ Hall of Fame. Five years earlier he was honored with the Loeb Lifetime Achievement Award for Distinguished Business and Financial Journalism.

Most recently, Norm served as executive vice president and chief content officer of Time Inc., and before that chief content officer at Bloomberg L.P., following nearly four decades working as a reporter and editor. Norm started his career at The Wall Street Journal where he served as a staff reporter in Dallas, Detroit and Los Angeles. He was later Tokyo bureau chief; founding managing editor of The Asian Wall Street Journal; national editor; founding editor and publisher of The Wall Street Journal/Europe; managing editor; and, ultimately, executive editor. He also served as Time Inc.’s editor-in-chief for a decade. (See his full bio here.)

“David Sassoon and his colleagues have been producing great public service journalism on climate change—a subject that deserves all the attention it can get,” Pearlstine said. “I look forward to providing whatever assistance I can as InsideClimate News continues to pursue its mission.”

Jennifer 8. Lee is a journalist, film producer and entrepreneur. She is the founder of the literary studio Plympton, which focuses on innovative projects in publishing.

She graduated from Harvard with a degree in applied math and economics in 1999, and attended Beijing University on a fellowship to study international relations. She then became the youngest full reporter hired at The New York Times, where she covered technology, environment, crime and poverty until 2009. She is the author of The Fortune Cookie Chronicles, a book on how Chinese food is all-American, which hit #26 on the New York Times bestseller list. She is also the producer of The Search for General Tso, a documentary film that premiered at the 2014 Tribeca Film Festival, and a number of other films in development.

Jenny serves on the board of directors of the Center for Public Integrity, the Digital Public Library of America, the Asian American Writers’ Workshop, as well as the Nieman Foundation advisory board and the New York Public Library Young Lions Committee. She was also lead judge of the Knight News Challenge, on the launch team for Upworthy, coined the popular term “man date” and was an Esquire Woman We Love.

Jenny is also a member of the Unicode Emoji Subcommittee, and has authored successful proposals for the dumpling, takeout box, fortune cookie and chopsticks emoji. Currently, she is working on a proposal for a hijab emoji and organizing Emojicon, a conference for all things emoji that takes place this November in San Francisco.

InisideClimate News is an independent, non-profit, non-partisan news organization that covers clean energy, carbon energy, nuclear energy and environmental science—plus the territory in between where law, policy and public opinion are shaped. It is staffed by professional journalists with decades of experience from leading media organizations. ICN has earned national recognition for its groundbreaking work including the Pulitzer Prize, as well as many other prestigious awards. To learn more, please visit ICN’s About page. 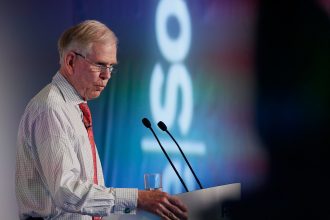