California published a comprehensive assessment Monday of the risks global warming is creating for the state, providing a thick tome of evidence advocates can now use to push climate legislation, pursue litigation, and attempt to sway public opinion as they take on industry and try to counter the Trump administration.

The climate change assessment by the world’s 5th largest economy relied on dozens of peer-reviewed reports that detail the effects climate change is having today and what to expect in the future, including extreme wildfires, droughts, heat waves and floods that are projected to occur with increasing frequency and severity.

“In California, facts and science still matter,” Gov. Jerry Brown said. “These findings are profoundly serious and will continue to guide us as we confront the apocalyptic threat of irreversible climate change.”

The findings may come as little surprise to many across the state who need only look to the smoke-filled skies or wipe away sweat this summer to recognize the changes outlined in the report.

Yet the assessment provides more scientific confirmation of the risks posed by a warming world at a time when the federal government is abandoning its climate policies and lawmakers in California are considering legislation that could transform the state’s efforts to address climate change.

State lawmakers are currently considering legislation that would require utilities in California to obtain 100 percent of their electricity from renewable or other zero-carbon sources by 2045. [Update: The bill passed the legislature in late August and was signed by the governor on Sept. 10.]

“If that passes, it would be the single most transformative climate policy in the history of North America,” said Danny Cullenward, policy director at climate advocacy group Near Zero and a researcher with the Carnegie Institution for Science.

The state also considered other energy-related legislation, including a bill that would link California’s power grid more tightly to other western states, something advocates say would allow more use of solar power from California in neighboring states but that critics fear could actually increase fossil fuel use in California. [Update: The grid bill failed to make it to a Senate floor vote before the legislative session ended Aug. 31.]

The scientific assessment may also bolster evidence being used by several California cities and counties that are suing oil companies over the role of fossil fuels in sea level rise. The assessment makes new estimates of the costly damages that the municipalities confront in the years ahead.

Its findings could also be useful to state officials who are fighting the Trump administration over proposals including its effort to deny California its ability to impose automotive emissions and efficiency standards, its attempt to roll back the Environmental Protection Agency’s rule cracking down on carbon pollution from power plants, and many other retreats from climate action.

Other impacts from global warming projected in the report include:

The new comprehensive assessment, the state’s fourth and its most recent since 2012, also holds a strong warning about wildfires.

It says that the average area burned by wildfires will increase 77 percent by 2100, and the frequency of extreme wildfires—those that burn more than 25,000 acres—will increase by nearly 50 percent under a scenario with high global greenhouse gas emissions.

The findings come as two of the largest wildfires in state history, the Mendocino Complex fire and Carr fire continue to burn. The Mendocino fire has already burned 422,000 acres, an area larger than the city of Los Angeles.

“We have now, in California and elsewhere, reached the point where these changes are now detectable,” he said. And they’re continuing to worsen. 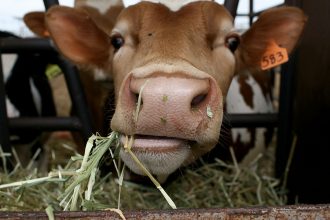 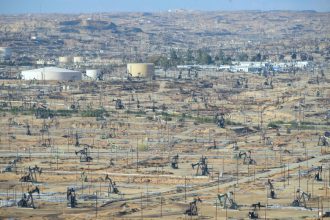