Methane is leaking from natural gas infrastructure in Boston and the surrounding region at rates two to three times higher than government estimates, scientists at Harvard University and other institutions found.

Published in the journal Proceedings of the National Academy of Sciences last week, the researchers’ paper is the first peer-reviewed study that quantifies emissions of methane, a powerful greenhouse gas, from natural gas installations in urban areas—including pipelines, storage terminals and power plants. The amount of methane lost over a year in the study area is worth $90 million, the authors wrote.

The research, which was supported by federal and private funding, is part of an ongoing effort to assess methane emissions during natural gas production, transportation and consumption. The answers are crucial to understanding how the current shale gas boom contributes to climate change. Earlier this month, the White House issued the first national regulations to curb methane emissions from the oil and gas industry.

“I think it’s fair to get some solutions in place now,” said Rob Jackson, a Stanford University professor of environmental earth system science who was involved in the Boston study. Even if scientists don’t yet know where all the emissions are coming from, he said, it’s “perfectly reasonable” to start tackling known emission sources.

Massachusetts is among 38 states with programs that provide utilities with incentives to make speedy infrastructure repairs. Harvard is in Cambridge, Mass., adjacent to Boston.

The Boston study found an overall leak rate of 2.1 percent to 3.3 percent in the region, compared with the 1.1 percent estimated by Massachusetts’ official state greenhouse gas inventory.

The discrepancy could be explained by the inventory’s limited database, the scientists said in the paper. The Massachusetts inventory extrapolated from a small set of on-the-ground leak surveys that didn’t account for all possible sources.

Lead author Kathryn McKain, a doctoral student in the School of Engineering and Applied Sciences at Harvard, said further research is needed to determine whether the Boston results are unusual, or whether other government inventories also underestimate urban emissions.

For years, studies focused on methane leaks from the drilling and fracking of natural gas wells. Less attention was given to downstream sources such as the pipelines that deliver gas to residential homes. But a growing body of research indicates they could be important culprits.

The Harvard paper is “nicely illustrative of the importance of urban regions for methane emissions,” said Eric Kort, a University of Michigan professor who wasn’t involved in the research, in an email. Kort, a Harvard-trained physicist, studies greenhouse and other atmospheric gases, according to the University of Michigan website.

“It also fits nicely with other studies showing that we need better quantification of methane emissions from a range of sources, and should not only focus on unconventional extraction from shale gas fields,” Kort wrote.

In 2012 and 2013, two research teams measured methane emissions from the Los Angeles basin with instruments mounted on aircraft. (Kort was a co-author of the 2012 paper.) But not all the methane came from city infrastructure. The region has oil and gas production wells and natural geologic seeps that release methane—complications that made it difficult to isolate methane coming from urban downstream sources.

In another case, scientists in a 2013 study mapped Boston’s pipeline leaks by driving through city streets with mobile methane detectors. Stanford’s Jackson, who worked on both Boston studies, said the 2013 paper identified the locations of leaks but not emission rates.

The study published last week tracked methane using instruments placed on four buildings in and around Boston. The scientists collected a year’s data and used air modeling and the chemical “fingerprint” of the natural gas consumed in the region to find the overall methane leak rate in a 7,000-square-mile area around the city. Unlike the older Boston study, however, the researchers couldn’t pinpoint the locations of the leaks.

It’s easy to blame the region’s gas distribution pipelines for the leaks, McKain said. Although it’s likely they are a major source of the methane emissions, “the problem is more complex than that,” she said.

McKain hopes to obtain more funding for follow-up studies to identify individual leaks, she said. “We need to go out and start measuring these specific source types and start to triage” for the biggest polluters, she said.

The new study was supported by a patchwork of funders, including NASA, the National Science Foundation and the National Oceanic and Atmospheric Administration.

Study co-author Steven Wofsy, a Harvard professor of atmospheric and environmental science and McKain’s faculty adviser, said in an email that his group often uses this kind of “diversified funding model.”

EDF spearheaded a set of 16 studies in 2012 to quantify methane leaks from the natural gas system. The series has been praised and criticized for its inclusion of industry partners as funders and study collaborators. The Boston paper is considered part of that set, but McKain said EDF had no role in the study design or interpretation of results.

Because EDF considered the study as part of its larger series, McKain attended some technical meetings with researchers and industry representatives involved in the other EDF studies. McKain said she learned a lot by listening to those conversations.

“So much of the information [in this field] is industry knowledge, so it takes a while to get up to speed on the terminology and standard practices,” McKain said. “It’s helpful to have contacts to bounce ideas off of. But I’m definitely sensitive to any impression that industry or EDF had any influence on the outcome…They actually had none at all.” 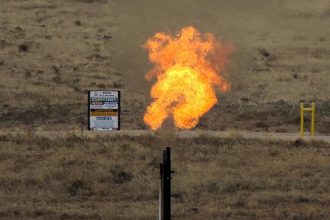 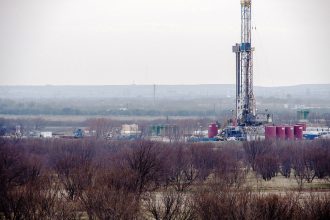 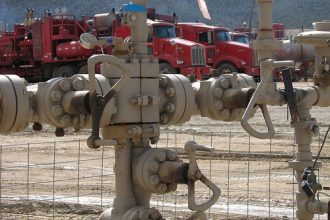