Few New Yorkers today can imagine a glimmering cascade of colors from the aurora borealis filling the sky over Brooklyn, but Conrad Vispo, an ecologist for the Hawthorne Valley Farmscapes Ecology Program (HVFEP), could easily visualize the event as he read a series of records collected over 200 years ago. Known as the New York State Regents reports, the documents described natural phenomena occurring in New York—including the aurora seen throughout the state in 1837.

But, until recently, the records were seen as rarely as the aurora in Brooklyn. Today, on top of sparking Vispo’s imagination, the observations are proving as valuable to citizen scientists as they were to the gardeners, farmers and weather watchers they were intended to serve when they were collected.

The Regents reports, compiled by a network of academies across the state from 1826 to 1872, were gems hidden in plain sight. Beyond their poetic descriptions, the collection provided recordings of weather patterns, as well as seasonal observations of plants and animals, which are formally known as phenological data.

“It’s not that they were ever lost,” said Vispo. “I think people kind of almost forgot that there was this phenology information.”

When he read the reports back in 2014, it wasn’t as a researcher but as an avid reader of historical documents who sifted through such collections as a hobby. He purchased a few of the original reports from a used bookstore and found other copies through the HathiTrust Digital Library, an online library. He saw that the data had been gathered by what today are known as citizen scientists—volunteers who assist with scientific research—a pastime that has seen a resurgence of popularity in the last decade, particularly during the coronavirus pandemic. Combing through what he thought would be leisurely reads, Vispo found a portal to the past—one that could be used to learn about the future.

Phenology, or the study of life cycle patterns in plants and animals, is a crucial tool for understanding shifts in nature due to factors such as climate change. Finding phenological data that dates back to before the Industrial Revolution is rare, but what made these records exceptional was that they could be compared to modern ones, which is what Vispo sought to do. After finding the data, Vispo and Anna Duhon, a cultural researcher at the HVFEP, compiled it and contacted Kerissa Battle, the founder of the Community Greenways and the New York Phenology Project (NYPP). Their work together was published in the Journal of Ecology in May.

With her background in monitoring the blooming of plants and seasonal emergence of animals, Battle was beyond excited to look through the data within the Regents reports that perfectly matched species data collected through the NYPP. She felt “a kind of emotional connection in a way to these people from the past, and the gratitude and admiration for them was really deeply moving.”

She also found that the historic reports increased the relevance of the work of NYPP.

“This work that I’m doing now has immediate validity,” said Battle. “I thought we were going to have to spend 20 years collecting the data before we had anything really to say. So when Conrad called me I had to sit down and take many deep breaths because suddenly this is here and it’s like something I had been imagining.”

As she read through the historical data and aligned it with that of her team, she grew interested in helping publish the results of their study.

“One of the most exciting things about having a dataset with this much spatial and temporal breadth, is that you can ask questions that are more than just species specific or location specific,” Battle said.

By comparing the same animal and plant data collected in the Regents reports and the NYPP database, the team found that dramatic seasonal shifts were driven by climatic factors such as temperature, and that the changes were more prominent in shrubs and trees in urban areas. These shifting seasons may cause plants to flower or leaf out too early, leaving them vulnerable to frost or out of sync with their pollinators.

The results of the study can also be used by researchers, landscapers or agricultural workers developing best practices for managing certain species. “I think there’s a real interesting potential to incorporate some additional dimensions to our observations as we continue to probe interactions and as farmers continue to face the challenges of a changing climate,” said HVFEP’s Duhon.

For the Regents reports, volunteers across the state of New York collected observations to help farmers adjust their planting and harvesting seasons.

“If you’re a farmer on Long Island, it is a very different season than if you’re a farmer up in St. Lawrence County on the Canadian border,” said Vispo. “And so they realized, ‘Well, one of the ways we can try to help farmers coordinate their activities and learn from each other is by using phenology, to sort of be the standardized reference points.’”

As the founder of the New York Phenology Project, Battle is intimately familiar with this form of volunteer work. The NYPP, formed in 2013, is an initiative composed of citizen scientists who collect seasonal data within their region to be used for management and research purposes. Just like the students in the 19th century, these volunteers are motivated by care for the natural world around them, and for the people who can benefit from knowing more about it.

“It was driven by passion, the devotion and the excitement,” Battle said of her work with Vispo, Duhon and the other contributors from their two nonprofit organizations. Many of these volunteers work with organizations such as NYPP for years, forming a community around a shared research goal and citizen science hobby.

Celia Cuomo, a volunteer turned part-time worker for the NYPP, recalls picking up citizen science after leaving her teaching career, and has participated in the research for over a decade.

“I developed chronic migraines, and I couldn’t work anymore,” she said, “I needed to feel like I was in some way contributing to bettering other people’s lives or helping them.”

Collecting the phenology data was a way to do something beyond herself, while still being able to be in control of her health, she said.

“I could decide when I was going to go collect phenology data when I felt good enough,” she said. “And as tiny as it was, I was making a little contribution to the greater world.”

She was excited to know her data was used in the study, and highlighted that, beyond feeling fulfilled by the work, it was a fun way to get outside and continue to learn something new about the world around her.

Citizen science is an effective method of phenology data collection, with accuracy rates averaging about 90 percent, according to Theresa Crimmins, a co-author of the study and director of the USA National Phenology Network.

“They’re following standardized protocols that were constructed by the scientific community with the intention that they enable folks to make observations even without having a formal background necessarily in biology,” Crimmins said. “They can implement the protocols and collect data with confidence that they are of sufficient rigor and quality that scientists can use them.

“The same thing happened way back in the early 1800s and we were able to bring those two things together and tell a pretty robust story. So it is pretty remarkable, pretty unique really, and just fun. It was really cool,” Crimmins said about the Regents reports and their ability to produce data that could be compared to recently collected data.

The collaborative effort of the study reflects “that spirit of how work maybe got done a long time ago and, I think, where work is probably leaning more now, given the lack of large-scale funding and the increased use of crowdsourced data,” Battle said.

Had Vispo not been fascinated by the reports, Cuomo not devoted to collecting phenology data or students in 19th century New York weren’t dedicated to compiling the Regents reports, many ecological questions might go unanswered, such as how climate change impacts the life cycles of different species, or how plants and animals might change the way they interact over time. Battle, the team of authors and the citizen scientists hope that the Regents reports will continue to be a resource for phenology projects, and that in 200 years, their own data will be used in the same way. 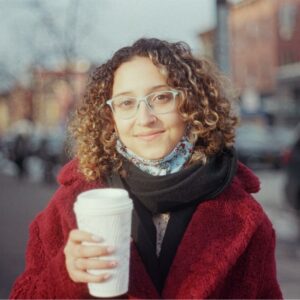 Rachel Rodriguez is a recent graduate from the University of Notre Dame (M. Sc.), where she studied the effects of climate change on boreal forest tree growth. During her time in academia, she wrote for student-run newspapers and developed a website to discuss her research as well as environmental news. Now, as a Mass Media Fellow through the Association for the Advancement of Science, she will be using her expertise in climate change research—and her passion for social justice—to report for ICN.