The devastation from hurricanes Harvey, Irma and Maria—plus dozens of wildfires that raged across the West in early August—could result in the costliest string of weather events in U.S. history, according to a new report.

Over the course of a few weeks, the hurricanes and wildfires left a trail of damage that could add up to nearly $300 billion, according to early estimates from the authors of “The Economic Case for Climate Action in the United States,” a report released on Wednesday by the nonprofit Universal Ecological Fund. If they’re right, the cost of the damage would be equivalent to nearly half the president’s proposed 2018 budget for the Department of Defense.

“The evidence is undeniable. These recent extreme weather events are a continuation of a three-decades trend of increasing numbers, intensities and costs of severe storms, hurricanes, flooding, droughts and wildfires,” said report co-author Robert Watson, a former chair of the Intergovernmental Panel on Climate Change. “Simply, the more fossil fuels we burn, the faster the climate continues to change and cost. Thus, transitioning to a low-carbon economy is essential for economic growth and is cheaper than the gigantic costs of inaction.”

Adding up the economic losses from extreme weather events, more frequent weather events and the health impacts from air pollution, the report found that over the last decade, the United States has lost an average of $240 billion each year. And that’s projected to go up.

In the decade ahead, those economic losses and health costs could reach $360 billion annually, the report says.

The study echoes recent work by economists who sought to quantify the steep costs associated with climate change. A study published in the journal Science in June found that every degree celsius that the planet warms could be associated with a loss of roughly 1.2 percent of the United States’ GDP. The authors found that those impacts were not distributed evenly and could result in widening inequality.

As was clear this year, the impacts of extreme weather aren’t evenly spread across the states. In the last decade, Texas has had 32 storms with economic losses exceeding $1 billion—four times more than it saw during the decade of the 1990s. Oklahoma and Illinois have each had 23, a four-fold increase for Oklahoma and a six-fold increase for Illinois.

In the last decade, Louisiana has been hit by four hurricanes that passed the $1 billion threshold for damages and four floods resulting from hurricanes or severe storms with costs at least as high. In one of those events, 30 inches of rain fell in southern Louisiana over a few days in August 2016, damaging or destroying more than 50,000 homes, 100,000 vehicles and 20,000 businesses, according to the report. The price tag reached $10 billion, and 75 percent of the people affected were uninsured.

“The fiscal costs of hurricanes are higher than we think,” said Tatyana Deryugina, a professor of finance at University of Illinois who was not involved in the study. “Most of the time when people think about how much a hurricane costs, they think about disaster aid. But public medical spending and unemployment insurance spending go up, too.”

In the agriculture sector, climate change-driven droughts have resulted in $56 billion in losses across the central and western United States since 2012.

As climate change progresses, coastal cities like Miami, Boston, New York, Seattle and San Diego are the most at risk from sea level rise. “The question is when and how much sea level will rise,” said James McCarthy, a professor of oceanography at Harvard University and a coauthor of the report. “Lives and almost $1 trillion worth of real estate in coastal areas are at stake.”

What to Do About It?

The report calls for more efficient use of energy and a shift toward renewable energy sources to reduce the greenhouse gas emissions that are driving climate change.

“Protecting Americans from the escalating economic losses and costs due to the impacts of climate change can happen,” said Watson. “It will require increased efficient use of energy in all sectors, the share of carbon-free electricity to be double or tripled, and fossil fuel generation with [carbon capture and sequestration] to be expanded, along with installing a carbon tax.”

Though the scientific consensus that human activities are driving climate change is clear, there is a degree of uncertainty. Peter Howard, the economics director at NYU’s Institute for Policy Integrity, said that while skeptics may grab onto that uncertainty as a reason to do nothing, from an economic perspective, the uncertainty suggests we should do more.

“Human beings are in general risk averse—it’s scientifically known,” he said. “With the government you can pool risk, but you can’t do that with climate change. There’s nothing to pool because we’re all going to be impacted.” 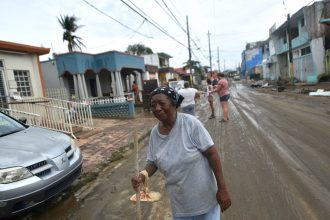 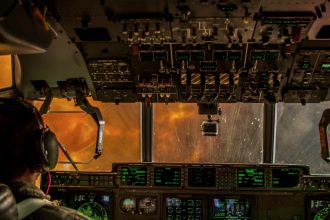