Two days after a major New England blizzard contributed to the shutdown of the Pilgrim Nuclear Power Station in Plymouth, Mass., the facility remains closed.

Due to climate change, more of the most extreme precipitation events, such as this recent snowfall, are expected to slam the area in the coming decades. Nuclear power critics cite the Pilgrim shutdown as proof the industry isn’t ready now—and won’t be any time soon.

Federal regulators counter that several initiatives to improve nuclear plant responses to extreme weather and other natural hazards are already under way.

The region’s first major nor’easter this winter, dubbed “Juno” by The Weather Channel, dumped up to 3 feet of snow in some places. Parts of the Massachusetts coast were wracked by hurricane-force gusts (up to 78 miles per hour). The culmination of high tide and storm-related winds produced a 2-5-foot storm surge that contributed to coastal flooding.

Although several nuclear power plants stood in Juno’s path, only Pilgrim and New Hampshire’s Seabrook station faced the full intensity of the storm. Seabrook was unscathed by the event and remained at full capacity throughout.

At Entergy Corporation’s Pilgrim facility, however, staff moved to decrease the plant’s operating capacity to 20 percent because of stormy conditions. During this process, according to a company statement, “the distribution lines that Pilgrim uses to send electricity to the grid became inoperable due to an offsite issue,” the cause of which is still unknown. Following emergency procedures, the plant automatically shut down early Tuesday morning.

Diane Screnci, a spokeswoman for the U.S. Nuclear Regulatory Commission, wrote to InsideClimate News in an email: “Pilgrim is in a safe, stable condition. All safety systems responded as designed. There was no danger to the public or the environment from the shutdown.”

The plant’s staff is working to restore power, but there’s no estimate for when the station, which creates enough power for 550,000 homes, will come back online and reconnect with the grid. NSTAR, the main utility serving the area, told InsideClimate News no homes lost power due this incident. This means the grid was able to find other sources to compensate for the lost electricity from the nuclear plant.

An on-site emergency diesel generator is now temporarily powering the plant for its safety operations.

If the past is any indication, delays could continue for up to a week. That’s what happened in February 2013 when a major snowstorm caused the plant to lose power unexpectedly.

Pilgrim has had several unscheduled shutdowns, not necessarily weather-related, in recent years that have drawn scrutiny from federal regulators at the Nuclear Regulatory Commission.

Tim Judson, executive director of the anti-nuclear activist group Nuclear Information and Resource Service, told InsideClimate News that during emergency shutdowns—especially during extreme heat or cold—grid operators “are scrambling to find generators to make up the power.”

Nuclear energy is responsible for 19 percent of U.S. electricity generation. Despite its low carbon footprint compared to traditional fossil fuels, nuclear is a controversial energy source because it’s expensive to build and maintain; there are also concerns about the lack of a permanent repository for the radioactive waste it generates; and there’s a potential for a major catastrophe.

In March 2011, the Fukushima nuclear reactor meltdown in Japan, the result of a crippling one-two punch from a massive earthquake and tsunami, put the entire industry on notice.

David Lochbaum, a nuclear expert at the environmental group Union of Concerned Scientists, said, “Fukushima taught the world that we need to anticipate events better.”

Officials in Germany, a major player in the nuclear industry at the time, moved to gradually end their nuclear program. In tandem, the country has ramped up renewable energy efforts such as wind and solar.

In the United States, industry experts and officials teamed up in the “Japan Lessons Learned Taskforce” to review nuclear power plant risk. The resulting recommendations are set to influence NRC’s approach to all future natural hazards, including those linked to climate change.

A similar review for Entergy’s Arkansas Nuclear One plant revealed several inadequacies that led to the site’s temporary shutdown.

Although Lochbaum believes these flood evaluations are a step in the right direction, he points out that the method used to evaluate a plant’s flood risk is flawed. Plants are “designed and built in the rear-view mirror,” he said, using information on the worst rainfall or snowfall or recorded winds from recorded history. But with climate change, he continued, storms could get “bigger and badder” and those future risks need to be accounted for and rolled into a plant’s risk assessment.

NRC knows this and is working to remedy the situation as part of an interagency severe weather task force. It’s also why regulators have discussed eventually requiring operators to regularly assess and update their risk to certain hazards, such as flooding, as the latest science becomes available.

Judson is skeptical of the plan and blamed the NRC of “doing everything they can to delay” industry facing up to new rules.

In contrast, Lochbaum supports this plan. Still, he says it’s “an IOU right now” and his “beef” is with the NRC’s slow pace of response. 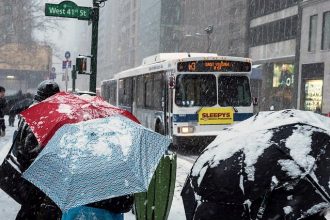 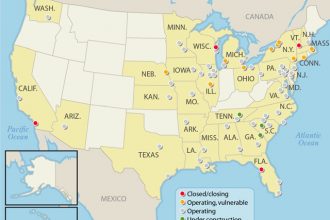