Gov. Larry Hogan’s 30-day window to veto the bill ends Friday night. The governor has already said he won’t reject or approve the measure, which mandates a moratorium on the controversial process for oil-and-gas drilling until October 2017. This means the bill will automatically become law later this year because it passed in both the state Assembly and Senate with more than two-thirds of the vote.

While campaigning for governor last year, Hogan, a Republican, called fracking “an economic gold mine.” But since he took office in late January, Hogan has remained quiet on the issue.

In contrast to the governor’s silence, environmental and community organizers are audibly happy about the bill’s success, calling it the “biggest victory” for the anti-fracking movement this year.

Victories such as Maryland’s moratorium and New York’s outright fracking ban “really do give hope to others who are fighting fracking across the United States,” said Mitch Jones, director of the Common Resources Program at the environmental group Food and Water Watch. New York banned fracking in December because of its threat to human health and clean air and water, as well as its contribution to climate change, according to a state report.

In stark contrast to these two East Coast states, lawmakers in heavy drilling states such as Texas and Oklahoma are further embracing fracking by restricting local efforts to ban—or even regulate—the practice, according to Hannah Wiseman, an environmental law professor at Florida State University.

Last week, Texas Gov. Greg Abbott signed a bill that prohibits local communities from banning fracking, and severely limits other ways they can regulate the industry. Days later, the Oklahoma legislature passed a similar bill. Both states’ actions were a direct response to the north Texas town of Denton, which approved a local ban on new fracked wells within the city’s limits during the November elections, according to Wiseman.

“The overall trend is towards preemption of local control [of fracking],” especially in the big oil-and-gas producing states, said Wiseman.

“I’m not going to deny those setbacks” in Texas and Oklahoma, said Jones, but he remains optimistic after witnessing the events in Maryland, where in a few months lawmakers transitioned from saying it would “be impossible” to pass a fracking moratorium to doing exactly that, with bipartisan support.

The Maryland measure officially becomes law on October 1, the day rules in the state traditionally go into effect. The rule prevents fracking from starting, as well requires the state to adopt new fracking rules by Oct. 1, 2016. Under the previous governor’s administration, fracking rules were drafted but never finalized.

The final bill is a dramatically pared down version of the law first proposed by two Democratic lawmakers from Montgomery County, Rep. David Fraser-Hidalgo and Sen. Karen Montgomery. The initial version called for an eight-year moratorium and a panel of mostly scientists, health professionals and engineers to review fracking-related health literature.

Maryland’s western corner overlies the Marcellus Shale, the same rocky region that has yielded fossil fuel finds in the neighboring states of Pennsylvania and West Virginia. The extent of the reserves underneath Maryland isn’t known, according to state geologists. Energy companies have been eyeing the state’s resources since 2006; however, several of the operators that initially pursued leases there have since abandoned them.

Jones attributes much of the moratorium’s success to an “uprising” of small businesses in western Maryland that came out against fracking. In the days leading up to the final votes in both chambers, these citizens flooded their local representatives’ offices with calls and letters and even held rallies outside the Maryland State House in Annapolis, he said. 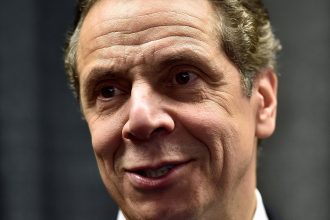 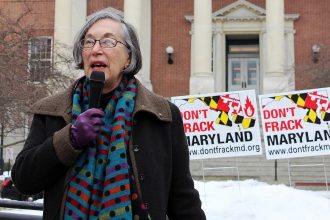 Maryland Gets Closer to Ban on Fracking 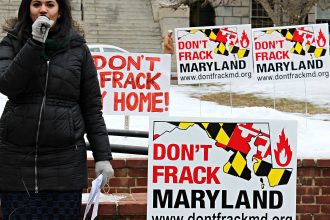