A federal judge in Wyoming recently struck down Bureau of Land Management rules to regulate hydraulic fracturing on public and tribal lands. But while the fate of the rules is far from final—with the Obama administration immediately indicating it would appeal—the implications of the controversial decision could extend far beyond fracking and the BLM, according to environmental, legal and policy experts.

In the decision, released last week, U.S. District Judge Scott Skavdahl stated the BLM, which is overseen by the U.S. Department of the Interior, has no authority to regulate the most widely used process for extracting oil and gas resources on publicly owned land. Most of the approximately 100,000 active oil and gas wells on public and tribal lands are fracked. The rules are a mix of regulations for disclosing the chemicals used in fracking, well casing requirements and the handling of related waste.

“The Constitutional role of this Court is to … determine whether Congress has delegated to the Department of Interior legal authority to regulate hydraulic fracturing. It has not,” Skavdahl wrote in his ruling. Skavdahl, appointed by President Barack Obama in 2011, cites an exemption in the Safe Drinking Water Act, known as the “Halliburton loophole,” to support his decision.

“What the court is doing is taking a very narrow exemption of hydraulic fracturing from one act—the Safe Drinking Water Act—and suggesting that exemption applies to all other federal statutes,” said Hannah Wiseman, an environmental law professor at Florida State University. “You could read the opinion to suggest that no federal agency has control over this activity…this is sort of an unprecedented decision.”

The oil and gas industry and several western state governments, which have been pushing back against federal authority over public lands for years, hailed the decision as a victory. “We’re pleased to see the Judge set aside the Interior Department’s final rule as it does not have congressional authority to police this already strictly-regulated practice,” said Barry Russell, president and CEO of the Independent Petroleum Association of America (IPAA), in a statement.

Colorado, North Dakota, Utah, Wyoming and the Ute Indian Tribe, in addition to the IPAA and industry group Western Energy Alliance, sued the BLM over the rules last year.

Obama administration officials stood behind the legality of the rules.

“Obviously, we disagree with the decision,” Jessica Kershaw, a spokeswoman for the U.S. Department of the Interior, wrote in an email to InsideClimate News. “BLM clearly has the authority and the responsibility to ensure that overall oil and gas development is done safely‎ on our public lands.”

“When it comes to the legal authority at stake, we’ll continue to make our case in the courts,” White House press secretary Josh Earnest said following the decision. The U.S. Department of Justice has since filed its notice to appeal the ruling to the U.S. Court of Appeals for the Tenth Circuit, which suggests an appeal, but does not guarantee it.

According to interviews with several environmental law experts and a former BLM director, there are five possible scenarios ahead for these rules, and others:

The direct impact of the ruling is that BLM’s fracking rules are invalidated. Because the rules never took effect, nothing changes. That’s because Judge Skavdahl approved a request from the law’s opponents to put the rules on hold as the case proceeded. Those rules were supposed to go into effect on June 24, 2015.

New Methane Regulations Could Be at Risk

Early this year, the BLM announced its plans to develop rules aimed at reducing emissions of methane, a potent greenhouse gas, by oil and gas operations on federal and tribal lands. Although the rule will apply to all forms of oil and gas operations on public lands, the language in the proposed rule published in February does call out the particularly high methane emissions associated with fracking.

According to University of Colorado law professor Mark Squillace, the recent ruling not only implies that BLM can’t regulate fracking on public land but also that “no other federal agency can regulate fracking period, no matter where it is occurring.” This means both of these rules—and any future fracking rule proposed by any federal agency—could be vulnerable to a future legal challenge if Skavdahl’s decision is upheld.

Through so-called “authorizing statutes,” Congress has given BLM and the Interior Department broad latitude to manage public lands. In the past, courts have said these authorizing statutes don’t need to list every specific technology or circumstance that an agency might encounter to be able to regulate it.

“For example, Congress probably didn’t have in mind bungee jumping or Burning Man when it gave BLM authority over public lands,” said Kate Konschnik, a lecturer at Harvard Law School . But that hasn’t stopped BLM from managing these activities and events as they’ve come up.

But this ruling challenges this logic, said Konschnik, emphasizing that “hydraulic fracturing” is not directly named in BLM’s authorizing statutes as part of the evidence cited for why the agency can’t regulate the process.

And if the BLM can’t regulate fracking, experts ask, which of the bureau’s other responsibilities—or the abilities of other environmental agencies—might be attacked and stripped away if future judges follow Skavdahl’s precedent?

“I think that’s a really slippery slope and quite dangerous,” said Konschnik, “because it’s giving courts the subjective means, or justification, for roving around and trying to figure out what it thinks agencies should be regulating.”

BLM Could Strip Out Fracking Language From Rules

While the recent ruling states that BLM cannot regulate hydraulic fracturing on federal land, it does not erode the agency’s power to continue to regulate oil and gas activities generally, as it has for decades. And most of the active wells drilled on federal lands are fracked. It is technically possible that BLM could nix its fracking-specific rules in favor of stricter, more general oil and gas rules, said Wiseman.

The BLM and Interior Department would not comment on whether they are considering this tactic.

It is up to BLM to determine whether to make certain areas of public land available to energy companies for leasing for oil and gas extraction and production. This mean BLM could choose to retaliate against the fossil fuel industry and state governments’ attack on its authority by taking a hard line on those leases.

“If the BLM feels it lacks the authority to manage oil and gas leases on the public lands and that lack of authority prevents it from doing its fundamental job of preserving those lands and using those lands under multiple use standards and other standards for the American people, then it kind of has to say ‘no,’” said Fred Cheever, an environmental law professor at the University of Denver.

Robert Abbey, BLM director from 2009-12, agrees. “If this decision stands, I—and I’m sure there’ll be many others—will recommend to BLM that they no longer approve any application for drilling that includes fracking until Congress specifically grants the agency the authority for regulating that activity,” Abbey told InsideClimate News.

“It might seem extreme to take a position that you would not approve any operation that includes fracking,” said Abbey, but, he added, “I do think that it’s a legal option that should be given serious consideration.” 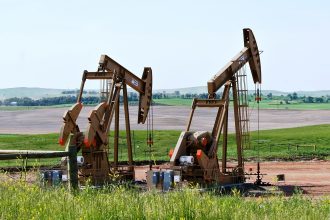