(This story has been updated to add comments by Walt Baker, director of the Utah Division of Water Quality.)

An administrative law judge in Salt Lake City has ruled against two environmental organizations that are trying to block a Canadian company’s plan to open the first large-scale oil sands mine in the United States.

Judge Sandra Allen sided with U.S. Oil Sands and Utah’s Division of Water Quality in deciding that the state rightfully granted the Calgary-based company permission to mine and process oils sands without requiring a pollution permit or water monitoring at the PR Spring mining site in eastern Utah.

The judge agreed with the Water Quality Division’s opinion that there is so little ground water within 1,500 feet of the surface of the proposed mine that additional safeguards weren’t needed.

“Substantial evidence . . . supports a finding that ground water has not been located and may be assumed absent in the project area except for a deep regional aquifer,” Allen said in her 40-page recommendation released Tuesday afternoon.

“The PR Spring facility and operations will have no more than a de minimis (minimal) actual or potential effect on ground water quality.”

In 2010 U.S. Oil sands won permits from Utah’s mining regulators to develop nearly 6,000 acres of state-owned land on the semi-arid Colorado Plateau. The company has already scooped open a two-acre test pit and plans to mine an initial 213-acre site to extract bitumen for refining into oil beginning in 2014.

Cameron Todd, U.S. Oil Sands’ chief executive officer, hailed the ruling, saying it vindicated not only the company’s contention that there is no water to contaminate but also that its entire mining process is environmentally friendly.

“Our operation has focused on what we consider the best practices in oil sand extraction and mining that exist,” Todd said in an interview after the judge’s ruling. “This simply corroborates our position that our operation is of minimal impact to the state of Utah environmentally.”

Two environmental groups—Living Rivers and Western Resource Advocates—sought the review as part of their effort to prevent the oil industry from getting a toehold that could lead to much bigger operations in the largely unspoiled region. Bitumen is a thick, tarry substance also known as tar sands oil. In Alberta, Canada, where it has been mined for almost half a century, gigantic strip-mining operations have destroyed large tracts of forests.

Clearly there is water in the area, Dubuc said, because flora and fauna exist on the plateau.

“The recommendation kind of implied those resources are not deserving of protection,” he said.

“We live in Utah. It’s a state that is very supportive of energy development, so it is not shocking to us that this ruling came down the way it did,” he said.

Walt Baker, director of the Utah Division of Water Quality, said the judge’s recommendation validates the state’s decision to grant the permit without the additional requirements. He stressed that the Division of Water Quality takes seriously its mandate to protect Utah’s water while at the same time not imposing unreasonable burdens on development.

“There is no question in my mind that we are protecting Utah’s ground water,” he said. “If the impact to the ground water will be (minimal) in our opinion, then to require significant ground water monitoring would not be a good use of our resources or private resources. If there is not going to be an impact, we should not require increased bureaucracy.”

Baker said the division will periodically review the U.S. Oil Sands operation and could add the monitoring requirements if needed.

“We are not walking away from this,” he said. “If there is any evidence that raises our concern about the water quality it will warrant us stepping back in to reassess the situation.”

Living Rivers and Western Resource Advocates argued that oil sands mining will leave solvents and petrochemicals in unlined waste pits to soak into the ground and ultimately the aquifers when it rains and winter snow melts.

But state water regulators testified that the mining operation won’t pollute groundwater because it is in an arid region called the Book Cliff with no groundwater except at extreme depths. The only water U.S. Oil Sands has discovered is from a well more than 2,000 feet deep, whose water the company will use in the bitumen refining process. Deeper aquifers in the area contain stagnant water heavy with salts and minerals, making it unsuitable for drinking.

Judge Allen said a number of factors persuaded her to recommend in favor of the water quality division and U.S. Oil Sands, including evidence that the company had drilled 180 holes as deep as 305 feet to locate oil sands deposits and that none of the holes revealed water.

The judge also cited a number of factors in U.S. Oil Sands’ mining process that support the state’s decision not to require water monitoring or a pollution permit. The company maintains that its extraction process, which uses a citrus-based chemical called d-Limonene, will be environmentally responsible. D-Limonene is listed on the U.S. Environmental Protection Agency’s “Generally Recognized as Safe” list, though the agency’s determination was based on small quantities that are sometimes used to give foods a citrus flavor.

The judge said she was convinced d-Limonene is generally non-toxic and that most of it would be recycled in the extraction process. She also cited U.S. Oil Sands’ promise that there will no tailings ponds of chemicals and liquids to leach into the soil.

The appeal and resulting delay had angered U.S. Oil Sands executives, who wrote a letter to Utah Gov. Gary Herbert in January rebuking the company’s opponents as “obstructionists” to energy development in the state and asking the governor’s help in thwarting future challenges.

The appeal has put the U.S. Oil sands project behind schedule by nearly two years, costing both the state and the company millions of dollars, according to the letter signed by Todd, the chief executive officer.

“These delays threaten not only the economic viability of our project, but other projects to follow,” Todd wrote.

To prevent what Todd called “frivolous” challenges, he urged the state to adopt a number of policies that would restrict appeals, impose sanctions on organization whose appeals fail, and streamline reviews.

“We firmly believe that through a diligent and co-operative approach we can solve the most intractable of challenges,” Todd told the governor. 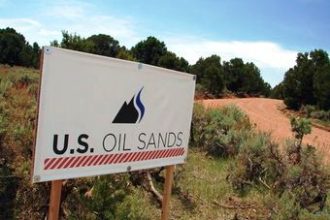 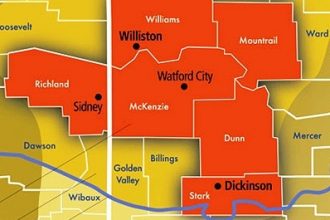 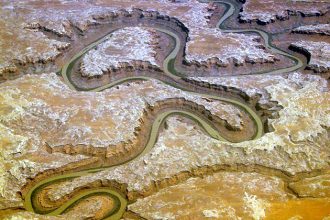