Senator Sheldon Whitehouse asked ExxonMobil Corp. on Thursday whether it made donations to a financial clearinghouse that were funneled to climate denial groups after the oil company said it had stopped making direct contributions to them.

Whitehouse, a Democrat from Rhode Island, said his inquiry was sparked by investigative articles published recently by InsideClimate News, the Los Angeles Times, and others.

The letter was also signed by three other Democratic senators: Richard Blumenthal of Connecticut, and Elizabeth Warren and Ed Markey, both of Massachusetts.

They are questioning Exxon’s contributions to Donors Trust and the Donors Capital Fund, which provide a conduit between well-heeled contributors and various conservative public policy organizations, including many at the forefront of climate science denial.

Several years ago, facing complaints from shareholders, scientific organizations, and others, Exxon said it would cut its contributions to climate denial groups.

But the senators challenged statements by Exxon spokesman Ken Cohen that the company has conducted “climate science … in an open and transparent way.”

Cohen has denounced news articles that pointed out that Exxon’s early work at the forefront of climate science in the late 1970s was followed, starting a decade later, by an intense campaign to undermine the scientific consensus and forestall strong policy steps against global warming from the burning of fossil fuels.

Here’s what the senators wrote to Rex Tillerson, Exxon’s chairman and chief executive:

“Over the years, we have seen Exxon support climate denial and anti-climate policy advocacy through a variety of foundations and advocacy groups, such as the Heartland Institute, the American Legislative Exchange Council, and the Competitive Enterprise Institute.  In the mid-2000s, ExxonMobil pulled its funding from some of those organizations. Soon thereafter, Donors Trust and Donors Capital Fund began to increasingly support climate denial groups.  According to research by Dr. Robert Brulle of Drexel University, the Donors Trust/Donors Capital Fund operation does double duty: it is the ‘central component’ and ‘predominant funder’ of the denier apparatus, and at the same time it is the ‘black box that conceals the identity of contributors.’

“The correlation between ExxonMobil’s decision not to fund some groups openly associated with climate change denial, and the increase in anonymous funding from a group that does is ‘suggestive of an effort’ to simply reroute its support. That would not be consistent with Mr. Cohen’s claim that ExxonMobil continues to work in an ‘open and transparent way.’ To assess the accuracy of Mr. Cohen’s statement, please detail whether ExxonMobil, the Exxon Foundation, or any of your company’s affiliates has contributed or matched employee donations to Donors Trust and Donors Capital since 2000, and if so, how much each has contributed.”

Brulle is a leading sociologist who has been published extensively in the peer-reviewed literature on the climate denial movement.

In material supplementing one of his studies, Brulle documented Exxon donations directly to climate denial groups such as the Heartland Institute, up until about 2008. At about the time Exxon scaled back its giving to those groups, Donors Trust and the Donors Capital Fund stepped up their donations to them.

Whitehouse has made the revelations about Exxon’s climate science research the subject of several of his recent weekly speeches. 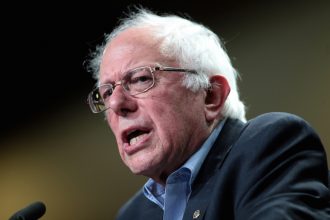