The vast Mississippi River watershed contains famously fertile soil, making the cropland of the American Midwest some of the most valuable and productive in the world.

The watershed is also projected to flood more frequently and intensely as the climate warms, meaning more of that prized farmland will end up underwater, more often.

But according to a new analysis of data from the U.S. Department of Agriculture, American taxpayers are spending tens of millions of dollars every year encouraging farmers to plant on land that floods repeatedly.

That land is waterlogged and unproductive. But if left fallow and returned to native plants, it could help combat climate change by storing carbon that’s otherwise released by farming, the authors of the analysis say.

“In these high-risk flooded areas, near rivers and streams, why are we continuing to spend money on crop insurance, instead of retiring these frequently flooded fields?” said ​​Anne Schechinger, the lead author of the new analysis and a director with the Environmental Working Group, an advocacy organization that’s long been critical of the crop insurance program. “You have these flood plains and with climate change they’re flooding more than they used to. Why would you farm there, knowing they’re going to continue flooding?”

Schechinger’s analysis looked at an area called the Mississippi River Critical Conservation Area (MRCCA), a river basin that’s spread across 13 states in the South and Midwest, comprising nearly 400 million acres. The region is one of eight that the USDA identified when it created a popular conservation program in the 2014 Farm Bill that was intended to help farmers identify and manage environmental problems. Demand for the program usually outstrips funding and availability.

Schechinger found that, in the MRCCA, farmers received $1.5 billion in crop insurance payments for flooded lands between 2001 and 2020. That same amount of money could have instead been spent on retiring or restoring more than 330,000 acres of farmland through USDA conservation programs, her analysis found.

“Retiring land is the best way to reduce greenhouse gas emissions from farming,” Schechinger said, noting that cropland returned to grassland, shrubs or trees is better at storing carbon.

Schechinger’s analysis is the latest in EWG’s critical examinations of the country’s crop insurance program. EWG and other environmental groups have long argued that the program, which costs about $9 billion on average each year, discourages farmers from adopting practices that would improve soil health and absorb more carbon, while encouraging them to plant the same crops on environmentally sensitive or unproductive land.

“Without crop insurance and subsidies, a lot of this frequently flooded land would not be farmed anyway,” Schechinger said. “The crop insurance program is actively encouraging farming in this area where farming should not be done.”

Taxpayers subsidize roughly 60 percent of every dollar that farmers spend on premiums.  Meanwhile, the costs of the program are ballooning, as climate change stokes more flooding, drought and extreme weather. A recent EWG analysis found that payments for drought-related losses rose 400 percent from 1995 to 2020, and rose 300 percent for flooding-related losses over the same period. Of the $143 billion in settlements paid to farmers, more than two-thirds were for drought and rain damage.

Another study, published last year, blamed the increased costs of the crop insurance program directly on the effects of climate change—the first to do so.

“It’s essentially a freebee. There are no environmental requirements for farmers to receive this money,” said Silvia Secchi, a professor at the University of Iowa and an economist who studies the environmental impacts of agriculture.

In Iowa alone, Secchi noted, farmers plant on 400,000 acres that are in a two-year floodplain, meaning they flood, on average, every two years.

“It’s absolutely bananas that we have farmers planting in these places,” she said. “We should take subsidies away from these places or require people to do something for the money they’re getting.”

Under the crop insurance program, rates are calculated based on past yields, so in theory, repeated flooding or drought on a particular piece of land would drive up premiums or discourage farmers from planting on that land year after year, given that they bear some of the costs of the premium and the loss.

But, Secchi said, rates can be calculated on county yield averages, which means they might not reflect the full impact of repeated weather events on a particular farm.

Under the terms of the crop insurance program, farmers can “throw out” bad years in their calculations, effectively masking the impact of extreme weather events. (An analogy might be that a drivers could erase repeated accidents from their records and get a premium rate based on a much better track record than they actually have.)

Congress, policy makers and even critics of the crop insurance program acknowledge that farmers work in an inherently risky business and should be protected, with taxpayer support, given the essential role they have in providing food, fiber and even biofuels.

Lawmakers are hesitant to tamper with the program.

At a hearing this month on the USDA’s role in combating climate change, U.S. Rep. Glenn “GT” Thompson (R-Pa.), the ranking member of the House Agriculture Committee, reiterated that position.

“I will not fundamentally upend our commodity, conservation and crop insurance programs to appease Washington think tanks,” he said. “I will reject complicating our programs and making climate the focus of every title of the upcoming farm bill reauthorization.” 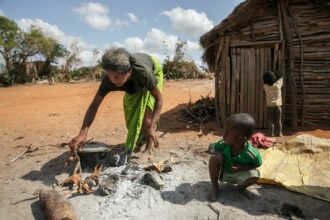 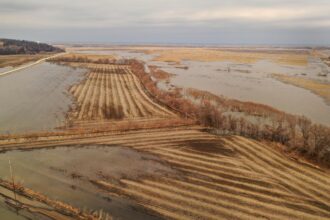