As debate over the future of the Keystone XL tar sands pipeline continues to boil in Congress and on the presidential campaign trail, energy companies are proceeding with many other pipeline projects that would give large amounts of Canadian crude access to foreign markets within the next five years.

InsideClimate News compiled a map and list showing industry’s planned expansion. We discovered that there are more than 10,000 miles of pipelines planned to send an additional 3.1 million barrels a day of Alberta’s oil to export markets, at a cost to build of almost $40 billion.

A breakdown of recently completed and proposed projects:

Origin and destination: Hardisty, Alberta to Steele City, Neb., and on to Wood River, Ill. and Patoka, Ill.

Capacity: Keystone Phase I plus the Keystone Cushing Extension can deliver up to 591,000 barrels per day

Project date: Originally proposed in 2008. TransCanada is expected to file a new presidential permit application with the U.S. State Department in May 2012. A federal review is required because it crosses an international border.

Project status: TransCanada expects a start date of sometime in 2015.

Project date: Originally proposed as the southern portion of the Keystone XL system in 2008. In February 2012, TransCanada announced that it would proceed with the south leg first to skirt a federal review of the entire project. Because it does not cross an international border, the southern part would not require approval of the State Department.

Project status: TransCanada expects construction to begin in mid-2012, with an anticipated start date of mid-to-late 2013.

Project date: Originally proposed as part of the Keystone XL system in 2008.

Origin and destination: Liberty, Texas to Houston, Texas. Final route has not been determined.

Project date: Under consideration. Details first made public in a Globe and Mail article published in March 2012

Origin and destination: Across Canada from Alberta to refineries in Montreal, Quebec City, and potentially to Saint John, New Brunswick, where tanker exports could take the crude to the U.S. Gulf Coast, Europe or Asia

Length: The project would convert roughly 1,864 miles of natural gas pipe into oil pipe, and would build at least 370 miles of new pipe from Hardisty, Alberta, to TransCanada’s mainline at Burstall, Saskatchewan, and on to Quebec City.

Project status: A TransCanada spokesperson told InsideClimate News that “an East Coast oil pipeline has merit,” and that the project is “under consideration.”

Project status: The line began moving oil in October 2010, and is still running under capacity, according to media reports, though Enbridge does not disclose utilization rates.

Project date: In operation since 1953. In April 2012, the company announced that it would more than double the size of the pipeline by twinning it.

Origin and destination:  Edmonton, Alberta to terminals and refineries in central British Columbia, the Vancouver area and the Puget Sound region in Washington. The pipeline reaches California, the U.S. Gulf Coast and overseas through the Westridge marine terminal located in Burnaby, British Columbia. It is currently the only pipeline carrying Alberta oil sands crude to the Pacific.

Cost: Approximately $5 billion for the expansion

Project status: Kinder Morgan says the project could be completed in 2017.

Project Date: Proposed in the mid-2000s and postponed several times

Origin and Destination: Twin pipelines from Bruderheim, Alberta to Kitimat, British Columbia. The eastbound line would transport natural gas condensate and the westbound line would carry oil sand crude to a new marine terminal in Kitimat, where it would be transported via oil tankers to Asia.

Length: 731.4 miles for each pipeline

Project Status: Because the project crosses provincial borders, it requires a public regulatory review process conducted by a national Joint Review Panel, or JRP. The JRP is expected to conclude hearings in the spring 2013 and release its environmental assessment of the project in fall 2013. The project has been heavily criticized by aboriginal groups and environmental advocates. Enbridge expects the pipelines to be completed by 2015.

Origin and destination: The reversal will carry crude from Cushing, Okla., to Freeport, Texas. The expansion will involve construction of a new pipeline along the route of the current Seaway pipeline. There will also be an extension to Port Arthur, Texas.

Project status: The companies have applied for a May 17, 2012, start date on the 150,000 barrel per day reversal.  In late March, Enbridge announced that it would complete the twinning of the pipeline by mid-2014.

Project date: Enbridge announced the upsizing of the proposed line to a 36-inch diameter line in March 2012.

Origin and destination: Flanagan, Ill., southeast of Chicago, to Cushing, Okla.  From Cushing, crude oil will then move to Houston and Port Arthur, Texas on the Seaway pipeline system.

Project status: Enbridge expects the pipeline to be in service in mid-2014.

Origin and Destination: The reversal involves Enbridge’s existing Line 9, which currently transports crude oil from Montreal, Quebec to Sarnia, Ontario. With the reversal, oil would instead flow from Sarnia to Montreal. Through the Portland-Montreal Pipe Line (see below), it could then flow to Portland, Maine, where it could be shipped along the Gulf Coast via tankers. The proposal was seen as opening a gateway for oil sands to travel to the Atlantic Coast for the first time.

Project status: The project was put on hold in 2009 due to lack of commercial support. Enbridge says it is no longer pursuing the project, but the company has asked the National Energy Board in Canada to allow for a partial reversal of Line 9. Conservationists say that is evidence that the company is now trying to accomplish its goals through piecemeal reversals on the line.

Origin and Destination: The project would reverse a Portland-to-Montreal pipeline that has been in place since 1941, and complete the final leg of the Trailbreaker project to the Atlantic.

Cost: The reversal would require $100 million in modifications.

Project status: In February 2012, the Court of Quebec rejected Montreal Pipe Line Ltd’s request to construct a pumping station near the Quebec-Vermont border, a crucial piece of the company’s plan to reverse the flow direction of its pipeline. On March 21, Montreal Pipe Line announced that it would not appeal the court’s ruling. “At this point in time, we do not have an active project due to economic and market conditions,” said Larry Wilson, the company’s president, in a press release. 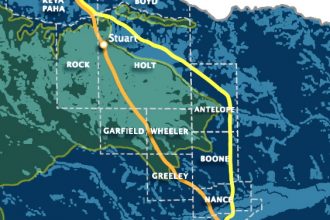 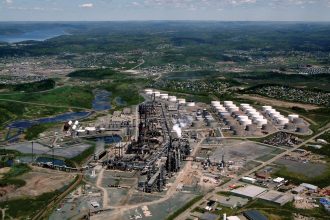 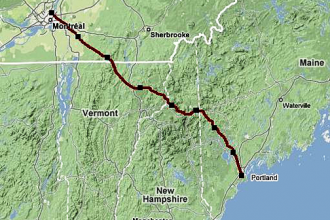