A group representing government environmental employees filed a federal ethics complaint on Wednesday contending that Scott Pruitt, the head of the Environmental Protection Agency, is violating conflict of interest laws by seeking private contributions to a legal defense fund set up to defend him against ethics complaints.

The group, Public Employees for Environmental Ethics (PEER), filed the complaint with the Justice Department’s Office of Government Ethics. Pruitt’s practices are the subject of about a dozen different investigations.

Pruitt revealed the existence of a defense fund to help pay for his legal representation at a May 16 hearing before a Senate Appropriations Committee panel. At the time, he said he would promise not to accept donations from lobbyists or entities with business before the EPA, and he said that the identity of the donors would be made public “pursuant to the requirements of disclosures.”

But the new complaint says few individuals or corporations would be able to contribute to the fund without putting Pruitt in the position of violating ethics standards because his job and his broad efforts to roll back environmental regulations touch so many industries. It also suggests that Pruitt will face as much scrutiny on the defense fund as he has for his behaviors on issues ranging from his rent to his travel expenses, office furnishings and personal security.

“Scott Pruitt has a Midas touch for spawning scandal and his new tip jar suggests he does not know how to stop,” said PEER Executive Director Jeff Ruch. “Allowing this Pruitt slush fund signals that the entire Trump cabinet can do the same thing, making our Capitol a far more ethically swampy place than it has ever been.”

In addition to PEER’s complaint, Democrats in both the Senate and House have written letters questioning the legal defense fund.

To set up the defense fund, Pruitt selected Cleta Mitchell, a political lawyer who is a former Oklahoma state legislator and past chair of the American Conservative Union. Mitchell also is known for opposing donor disclosure requirements for political donations.

She also is a hard-line denier of mainstream climate science who has decried supporters of climate policy as “environmental crazies” with “no facts and no science” on their side.

The Washington Post reported that the legal defense fund was set up by Mitchell, who told the newspaper that “Scott has been a friend and client for a long time.”

Mitchell is a member of the board of the Lynde and Harry Bradley Foundation, which has given support to groups that challenge the need for strong policies on climate change, including the Heartland Institute and the Competitive Enterprise Institute. She has represented the National Rifle Association and is a past member of its board, and has a long client list, including the Senate’s most vociferous climate denier, Sen. James Inhofe (R-Okla.). The Atlantic has called her “lawyer to the stars of the conservative movement.”

Mitchell made clear her own views on climate change at the opening of the American Conservative Political Action conference in 2010. In an introduction and tribute to conservative columnist George Will, Mitchell said, “You can tell about a person by his or her enemies.”

“George’s in particular on the bad list of the environmental crazies,” she went on. “Long before Climategate and the emails that demonstrated that there are no facts or no science to support the complete remaking of our world economy, George began to say there are no facts and no science.”

Mitchell was referring to a cache of emails among climate scientists that were stolen from a server in the United Kingdom and distributed on the Internet in 2009. The perpetrator of the hack has never been identified, but eight separate investigations found no evidence of fraud or scientific misconduct, or anything to undercut the scientific consensus that the main driver of the global warming being experienced today is human activity.

Mitchell has been an ardent foe of laws that would force disclosure of nonprofit donors; in a 2012 law review article, she argued they would unconstitutionally chill free speech. She suggested that the U.S. Supreme Court did not go far enough in its 2010 Citizens United decision that opened the door to unlimited contributions to Super PACs, because the court left intact the requirements that they disclose their donors.

“There are deliberate, organized, well-funded, and well-orchestrated efforts on the Left to identify donors to conservative causes, candidates, and organizations, and to attack those donors, intimidate them, and, ultimately, to close their checkbooks, silencing those conservative voices,” she wrote. She did not respond to a request for comment from InsideClimate News.

The ethics rules around disclosure of donors to legal defense funds are murky, particularly for executive branch officials. The Office of Government Ethics treats such donations as gifts unrelated to official agency business and recommends that they be disclosed as part of the annual financial disclosures required for such officials.

Tyson Slocum, director of the energy program at the watchdog group Public Citizen, said the one-year lag time is a “huge concern,” given the issues for which Pruitt is already under investigation, including a favorable deal he had for a condo rental in Washington, D.C., with the wife of a lobbyist who had business with the agency.

In a recent brief on the subject, Public Citizen said that legal defense funds for executive branch officials are not unprecedented, but they are less common than those for members of Congress. President Bill Clinton set up two legal defense funds in the 1990s to help pay for his legal expenses and those of his wife, Hillary Clinton, associated with the Whitewater real estate investigation and the Paula Jones sexual harassment lawsuit. They disclosed the sources of funds on a biannual basis.

Earlier this year, the Office of Government Ethics approved the establishment of a legal defense fund for White House officials ensnared in the investigation over Russia’s involvement in President Donald Trump’s campaign. Public Citizen last fall petitioned the Office of Government Ethics for new and more detailed rules governing legal defense funds, arguing that the current dearth of rules “makes it remarkably easy to buy favors from a government official desperately trying to fend off a lawsuit.” 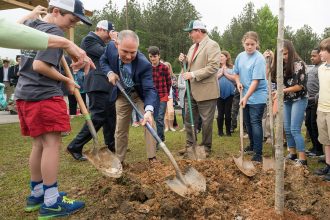