The modern shale boom has created a massive influx of oil-and-gas wells, compressor stations and other infrastructure that spew toxic chemicals and greenhouse gases into the air. The consequences for public health and climate change are increasingly recognized as serious issues, on par with the water contamination concerns that once dominated debates over the pros and cons of fracking.

In mid-December, New York banned high-volume hydraulic fracturing, or fracking, within its borders, effectively closing off the state’s shale gas resources to producers. New York’s decision was based on a public health review which cited various health risks including “air impacts that could affect respiratory health due to increased levels of particulate matter, diesel exhaust, or volatile organic chemicals.”

These types of emissions are a major source of concern for residents in the South Texas Eagle Ford Shale, one of the nation’s biggest oil and gas booms.

InsideClimate News and the Center for Public Integrity have been reporting on that region for 20 months. We found that state regulators know little about local air quality despite persistent complaints from residents, and that Texas rarely penalizes the industry for air pollution violations. Families who suffer from headaches, nausea and respiratory problems—symptoms associated with many of the compounds released during shale production—have few places to turn for help, especially since Texas has some of the weakest chemical exposure guidelines in the country.

Several studies have highlighted how little is known about the environmental health consequences of fracking, the controversial practice of injecting water, sand and chemicals deep underground to liberate oil and gas. The combination of fracking and horizontal drilling opened up vast petroleum deposits all over the country. A recent government- and university-funded paper urged additional research on the resulting health impacts.

We also reported on a little-known source of emissions: waste pits that store toxic waste from oil-and-gas production. These waste pits are exempt from federal hazardous waste laws. The gases released from those sites, and the associated public health threats, are among the least-understood and least-regulated parts of the oil and gas boom.

In October, Rep. Matthew Cartwright (D-Pa.) launched an investigation into the way his state regulates fracking waste. He later expanded the probe to include Ohio and West Virginia.

Beyond local impacts, shalefield emissions have regional and global consequences. Some of the pollutants from the Eagle Ford contribute to ground-level ozone, or smog, in San Antonio, at the northern edge of the shale play. It has created an extra challenge for the city as it scrambles to comply with federal ozone standards that are now being tightened.

Leaks of methane—a powerful greenhouse gas—from wells and other equipment have challenged the notion that natural gas is a better alternative to coal on the climate change front. Numerous studies are under way to quantify the industry’s methane leak rates.

North Dakota regulators adopted new policies this year to reduce the amount of methane released from the Bakken Shale, and the U.S. Environmental Protection Agency is considering whether to issue federal rules on the industry’s methane emissions. 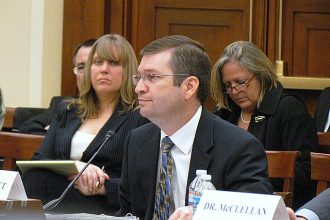 By Lisa Song and Rosalind Adams