Alaska’s main oil and gas regulatory body has ordered a review of all North Slope wells after a spill last spring was connected to thawing permafrost, subsidence and a cracked casing.

The emergency order, issued Monday by the Alaska Oil and Gas Conservation Commission (AOGCC), said the outer casing that cracked had been set in the permafrost.

In April, one of BP’s older wells leaked oil and gas for days before it could be shut down. The company reported that roughly 45,000 kilograms of gas and 63 gallons of crude leaked. According to Alaska Public Media, BP blamed the failure then on a piece of a well casing that buckled under pressure from thawing permafrost.

As a result, the AOGCC said it has ordered all companies on the North Slope to review their wells to look for similar issues and to shut down any wells that have the same construction.

In parts of the Arctic, permafrost is thawing as temperatures warm due to climate change. But on the North Slope, the thawing that can cause problems at oil wells is likely to be attributed to human error.

Tim Robertson, an oil spill response and prevention consultant who has worked on the North Slope, said that companies typically use a packing fluid between the pipe that carries the oil or gas and its outer casing. “That fluid is intended to protect the heat transfer from the products being produced so it doesn’t transfer out to the permafrost,” he said. “It’s like an insulation.”

Failing to protect the permafrost can have extreme consequences. “A well goes thousands of feet through the permafrost, and that whole layer has to be protected or the integrity of the well itself is threatened if the heat transfers and melts.”

Though the call for a review of all wells is not unprecedented, Robertson said, it’s also not an everyday occurrence.

AOGCC Commissioner Kathy Foerster told Alaska Public Media that the BP well that leaked was older, and that she didn’t anticipate newer fields on the North Slope having similarly designed wells. Operators on the slope will have until the end of the year to complete their review. 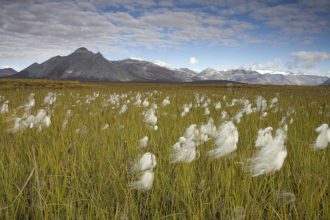 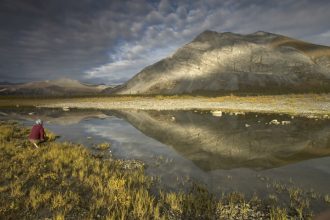 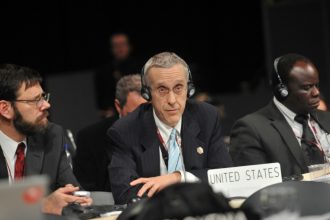 U.S. Is Eliminating Its Arctic and Climate Envoys. What Message Does that Send?