Twice during the last week, Texans were asked to cut back their energy use, including turning up the thermostats on their air conditioners during a scorching three-digit heat wave to avoid blackouts as the state’s power grid operator struggled to satisfy a surging demand for electricity. On both occasions, officials claimed clean energy was a reason for the shortfall, prompting criticism from some energy experts who say the state is once again unfairly blaming renewables for its longstanding power problems.

The Electric Reliability Council of Texas—or ERCOT—which operates the Lone Star State’s power grid, urged residents and businesses to scale back their energy use on Monday and Wednesday, citing “record-high electric demand” and attributing its inability to meet those needs in part to renewables underperforming due to slow winds and cloudy skies. It was the third time this year that ERCOT has asked its customers to cut back on electricity to avoid a grid collapse.

But some energy experts say the description ERCOT painted for the public in its reports this week is misleading, and that solar energy and battery storage in particular have played a major role in keeping air conditioning units running and the state’s power grid afloat this summer.

“All through June, renewables performed particularly well,” said Doug Lewin, an energy consultant and president of Stoic Energy based in Austin, Texas. “And I just think this whole narrative that some are pushing that renewables are reducing the reliability of the grid, it’s just not accurate.”

In fact, Lewin, who has worked on energy and climate issues in Texas for over 17 years, said wind and solar combined are now providing Texas upwards of 20 percent of its total electricity during times of peak demand.

Texas has a history of issues with its grid, and public scrutiny of those problems has only grown in recent years as extreme weather, made worse by climate change, has increasingly highlighted the state’s vulnerabilities. In May, a blistering heat wave led to six power plant outages. And a massive winter storm in 2021 led to widespread blackouts across the state that contributed to about 250 deaths.

Yet, despite evidence showing the 2021 winter blackouts were largely caused by freezing gas pipelines and a general failure of the state’s natural gas systems, ERCOT officials blamed wind energy for the incident—an argument state Republicans, including Gov. Greg Abbot, have continued to echo.

“Unfortunately, there’s this sort of effort to try to make renewables look worse than they are,” said Lewin. Texas is a state known for its relationship with the oil industry, producing the largest portion of the nation’s crude oil, roughly 22 percent according to the U.S. Energy Information Administration.

With this in mind, there is a clear incentive for the state to avoid full transparency on not only the faults of oil and natural gas, but also the fact that the state is increasingly reliant on renewable energy.

“In the press release [for Monday] they said we’d only have 3000 megawatts of wind…between 2 and 3 p.m.,” said Lewin, “At 5 p.m. on peak there was nearly 7,000 megawatts of wind.” In its second conservation appeal this week, ERCOT also cited low wind as a factor for potential blackouts, despite the fact that wind turbines were expected to input more energy than they did on Monday.

Joshua Rhodes, a research associate for the Webber Energy Group at the University of Texas at Austin, warned that while the state does need to be more transparent about how much power renewables are providing to its grid, it also should be honest about its limitations.

“As more grids become dependent on renewable sources to provide energy and capacity or power, we need to make sure of when they will be producing and how they interact,” said Rhodes, “we have to be clear-eyed about that, because if we’re not it’ll hurt the energy transition.”

Texas currently leads the nation not only in the amount of crude oil it produces, but also the generation of electricity from wind, and it is rapidly approaching a similar position with solar energy as well—making it increasingly important to be candid about what solar and wind energy provides for the state.

As the state continues its transition to clean energy, it needs to be clear with consumers about how much power is needed in the state, and how much of that renewable energy can realistically provide during peak times especially with a changing climate, said Rhodes.

“On Monday, wind was functioning at 8 percent, which is not unheard of,” said Rhodes, “so it was weird to be called out in the press release, because it’s something that we know happens so we should be ready for that sort of thing.”

Monday’s triumph against power outages was not only a testament to the power of renewable energy, but of collaborative, voluntary energy conservation. Residents were able to conserve around 500 megawatts of energy, enough to power 100,000 homes, by lowering their energy use. Businesses preserved even more energy when they followed suit.

Cryptocurrency miners were major players in the effort to save energy on Monday. After heeding the call of the conservation appeal and shutting down a number of operations that day, cryptocurrency businesses allowed about 1,000 megawatts of energy to flow back into the grid.

Texans have been in a state of angst since the winter storms of February 2021 brought on deadly blackouts, leaving them distrustful of ERCOT and the energy Texas can provide. This anxiety, coupled with misleading claims about the role of renewable energy in power outages, may also leave Texans disillusioned about the future of clean energy.

That’s roughly how much damage the greenhouse gas emitted by the United States between 1990 and 2014 has caused to other, less developed countries, a new study from Dartmouth found. 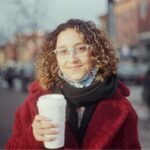 Top News from Our Warming World