For environmentalists worried about future Supreme Court decisions on climate change, the biggest difference between Donald Trump’s nominee to the court and Barack Obama’s boils down to one word, Chevron.

Neil Gorsuch, chosen by Trump to fill the vacancy of Antonin Scalia, is seen as a steadfast foe of the Chevron standard. That principle says courts should defer to federal regulatory agencies when the regulators are carrying out laws that are ambiguous. In contrast to Gorsuch, Merrick Garland, nominated last year by Obama but stymied by Senate Republicans, adhered closely to the standard.

Chevron is one of the pillars of modern regulatory law, and it matters greatly to climate change activists because it has provided the Environmental Protection Agency considerable leeway in using the Clean Air Act to control carbon dioxide pollution.

Its significance will be stark when the Supreme Court considers the fate of the Clean Power Plan in the next year or so. The rule is a pillar of Obama’s climate policies, but Trump has vowed to discard it. Just before Scalia died, the Supreme Court put it on hold and a federal appeals court is reviewing it. It’s the next big test of the Chevron doctrine.

Ever since a Democratic-controlled Congress failed to pass a climate bill early in Obama’s presidency, attempts to regulate emissions have hinged on the executive branch’s interpretations of existing law. That would be a lot easier to do with Chevron in place than without it.

Chevron is the main reason that climate hawks reacted as they did to the Gorsuch nomination.

“A review of Gorsuch’s writings and decisions indicate that he would seek to overturn well-established Supreme Court precedents and prevent the federal government from enforcing bedrock environmental laws such as the Clean Air Act and Clean Water Act,” said EarthJustice, the green litigation group.

The Center for American Progress, which supported Obama’s policies, warned: “Gorsuch wants to give unelected judges more power to strike down federal regulations that protect consumers and the environment.”

It’s a fair, if somewhat simplistic, interpretation of his record.

In one widely noted opinion on an immigration case, Gorsuch wrote that the Chevron standard “certainly seems to have added prodigious new powers to an already titanic administrative state.”

One remarkable thing about Gorsuch’s view is that it doesn’t just rebalance power away from the executive branch and back to the legislative branch. Congressional Republicans, already on an anti-regulatory spree, would cheer that.

Rather, it shifts the ultimate power of interpretation to the judicial branch. Gorsuch calls Chevron an “abdication of judicial duty.” And that duty is to “interpret the law and declare invalid agency actions inconsistent with those interpretations.”

That only heightens the panic of environmentalists who, having lost control of both chambers of Congress and of the White House in less than a decade, fear losing out in the Supreme Court.

But while they are right to worry, the balancing act around Chevron and other principles of environmental law is tricky, and advocates defending climate action are not facing a lost cause.

Here are just a few things to remember about Chevron.

It doesn’t always favor environmentalists. In fact, the 1984 decision in Chevron v. NRDC was a win for the oil company and a loss for the Natural Resources Defense Council. A couple of years ago, the NRDC explained how the case could end up working in favor of the Clean Power Plan.

Different judges can use Chevron’s double-edged sword differently. Gorsuch disagrees with Garland on deference to agencies, but he also differs with Scalia. So it’s hard to predict what the differences mean in one case or another.

After all, when Scalia dissented in the landmark climate case Massachusetts v. EPA, he opined that the Bush administration’s EPA deserved deference under Chevron. That was after the EPA had refused to issue a finding that carbon dioxide pollution was endangering people and the planet. The majority disagreed, declaring that the scientific consensus behind global warming trumped the agency’s recalcitrance.

With the court so narrowly split, if Gorsuch fills Scalia’s seat, it’s not easy to predict what the deference doctrine will mean for climate cases.

The boundaries have already been shifting. In the 2015 Obamacare case King v. Burwell, for example, the court said that regulations with extraordinary economic impact might face a different Chevron test than less momentous rules had.

Immediately, critics of Obama’s far-reaching Clean Power Plan said that would help them overturn it in court. But the agency responded swiftly, according to this Harvard Law Review article, and EPA cited the King decision several times in a final climate rule written “with more careful legal analysis in the face of greater uncertainty over whether Chevron will apply.”

Gorsuch will get a lot of questions about Chevron during confirmation hearings. But he is unlikely to answer anything asked directly about the Clean Power Plan.

Any day now, the United States Court of Appeals for the D.C. Circuit is expected to rule on the case brought by the fossil fuel industry and its coal-state allies attempting to topple the rule. Now more than ever, all eyes will be on how that court describes the deference the EPA is due under Chevron. 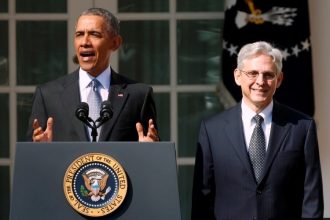