Oceangoing ships powered by liquified natural gas are worse for the climate than those powered by conventional fuel oil, a new report suggests. The findings call into further question the climate benefits of natural gas, a fuel the gas industry has promoted as a “bridge” to cleaner, renewable sources of energy but is undermined by emissions of methane, a potent greenhouse gas.

The most commonly used liquefied natural gas (LNG) engine used by cruise ships and cargo vessels today emits as much as 82 percent more greenhouse gas over the short-term compared to conventional marine fuel oil, according to the report, published earlier this week by the International Council on Clean Transportation (ICCT), an environmental think tank.

“If we are serious about meeting the Paris [climate] agreement, temperature goals and decarbonizing the international shipping industry as part of that, then a switch to LNG as a marine fuel is counterproductive,” Bryan Comer, ICCT researcher and a co-author of the study said.

Shipping companies are increasingly turning to liquified natural gas, which is cleaner burning than conventional fuel oil and, with the glut of natural gas from hydraulic fracturing, increasingly inexpensive. When burned, natural gas emits less carbon dioxide, sulfur oxides, and nitrogen oxides than conventional marine fuel. Methane, the primary component of natural gas is, however, more than 30 times more potent as a greenhouse gas than carbon dioxide. If even a small amount of methane leaks into the atmosphere instead of being burned, those emissions can outweigh the fuel’s lower carbon dioxide emissions.

The current study, which was funded by environmental group Stand.earth, found that the LNG engine most widely used by the shipping industry and by cruise ship companies, allowed 3.7 percent of methane to pass unburned through the engine and into the atmosphere. This is due partly to ship engine designs that typically include an open “crankcase” that vents a small amount of unburned gas, and engine tuning that lowers nitrous oxide emissions at the expense of increased methane emissions.

The 3.7 percent of methane emitted from ships is a higher percentage of leakage than across the rest of the natural gas sector combined. A recent study by scientists with the Environmental Defense Fund and more than a dozen research institutions found 2.3 percent of methane leaks into the atmosphere from gas wells, pipelines, storage facilities and other infrastructure.

“If we are going to get serious about tackling health and climate we need to be switching to fuels that emit zero emissions of both pollutants,” Comer said.

IMO regulations are also tightening carbon dioxide emissions from new ships, but the regulations do not apply to methane emissions. The report found zero-emission solutions such as batteries, hydrogen fuel cells, and wind-assisted propulsion could address local pollutants and greenhouse gases, though these alternative technologies remain under development.

LNG made up less than 3 percent of ship fuel consumption from 2013 to 2015, according to the report, but that figure could grow quickly.

“There are more and more LNG engines coming on and there are quite a lot of oil majors who are pushing LNG,” said Aoife O’Leary, director of international climate for the Environmental Defense Fund.  “It could grow into a really significant issue so it’s really something we have to get a handle on right now.”

“If you are asking countries and shippers to do an infrastructure investment twice, that obviously is going to be much more difficult and you are going to get a lot more opposition,” she said. 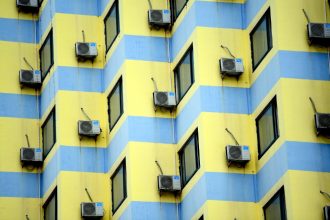